June 06, 2006 Colleyville
Stage show entertained crowd for 50th Anniversary Party
A wide variety of entertainers kept the audience engaged with the big 2 1/2 hour event.  The show was the final event of a big day in Colleyville celebrating its 50th years of incorporation beginning January 10, 1956 to 2006.

50th Anniversary Main Event was a Cavalcade of Stars taking the audience through five decades of music.  A large crowed showed up in the Village of Colleyville for the celebration.

Mayor David Kelly is serenaded by Marilyn Monroe with, “I wanna be loved by you, only you” returning from January 1956 when Colleyville was first incorporated.

The Blues Brothers got the crowd on the feet and dancing. 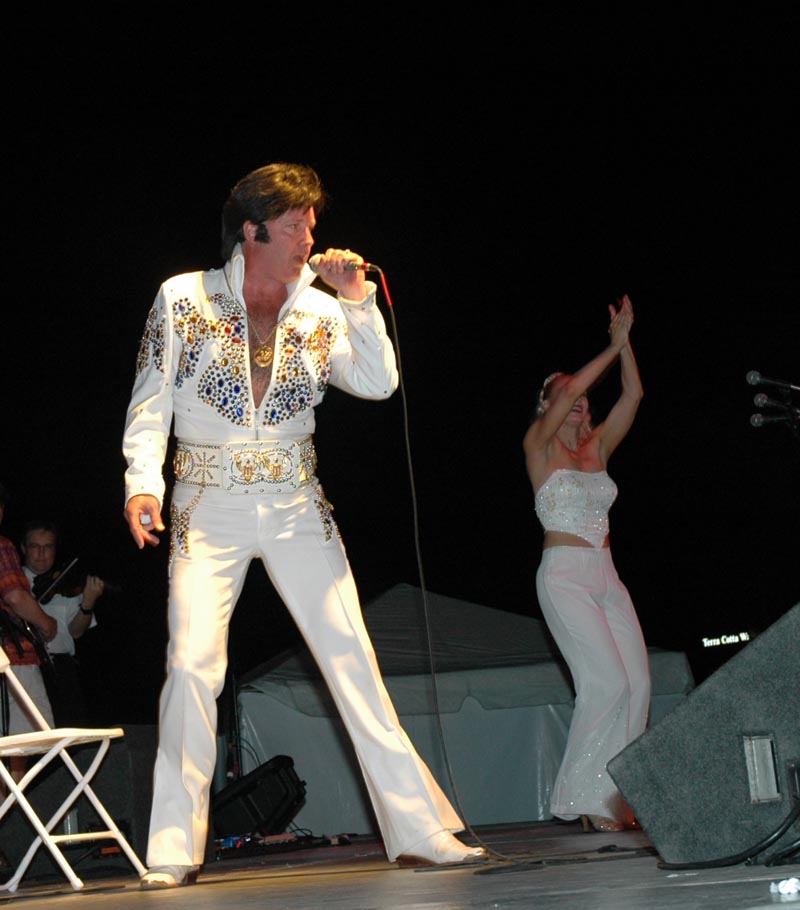 What would a 50th Anniversary Party be without the King?

Nelson Thibodeaux with Gizmeaux and Roy Orbison. I was honored to have been the Chairman of the 50th Anniversary Celebration for the City of Colleyville

To see more photos and action from the 2006, 50th anniversary Celebration for the City of Colleyville CLICK HERE FOR MORE 5OTH ANNIVERSARY PHOTOS