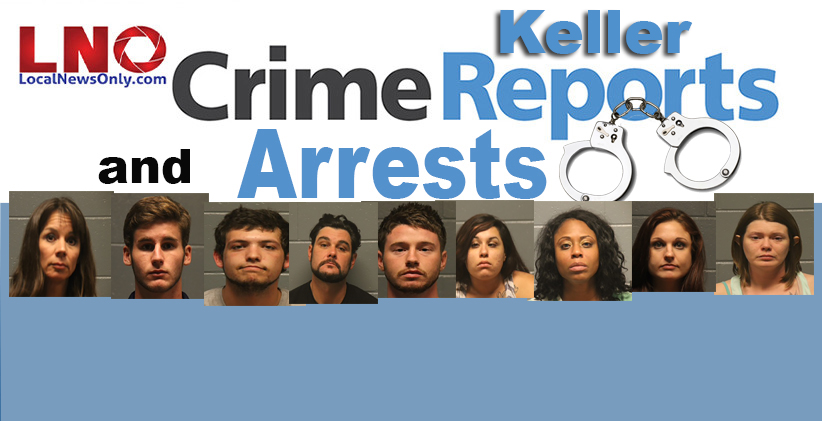 Crime and Arrests in Keller 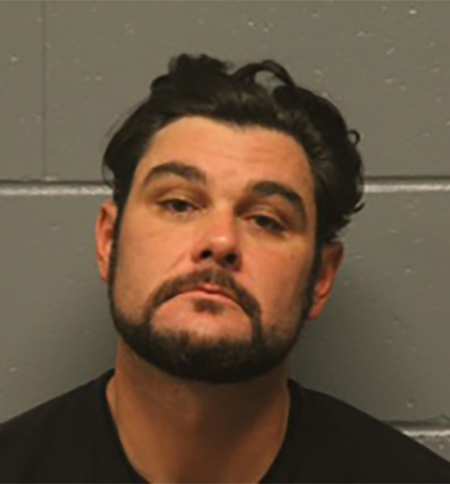 ROBERT WARREN CREIGHTON, White Male, Age 34, POB: TX. listed occupation as Field Operator for Spartan Services.  Home Address listed as 706 Windcrest Dr., Keller.  Arrested on Sept. 05, 2015 at 5:02 am by Keller Police Officer K. Buchanan at his home and charged with Aggravated Assault against a member of the family in the home with a weapon. The assessed amount was $5,000. 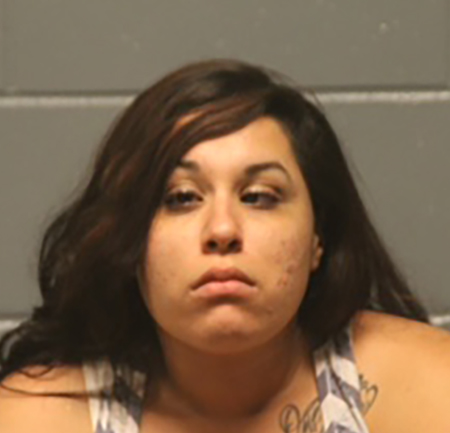 ZULEMA RETA, Age 22, POB: TX, listed no occupation and Address at 700 Oak Drive, Hurst.  Arrested on Sept 07, 2015 at 1:57 am. She stated that she “is homeless and the address given was her Mom’s”.  Keller Police Officer K. Buchanan arrested Reta and charged her with the Unauthorized Use of a Vehicle, a State Jail Felony and Possession of of more than 1 gram, also a State Jail Felony. Her assessed amount totaled $6,000. 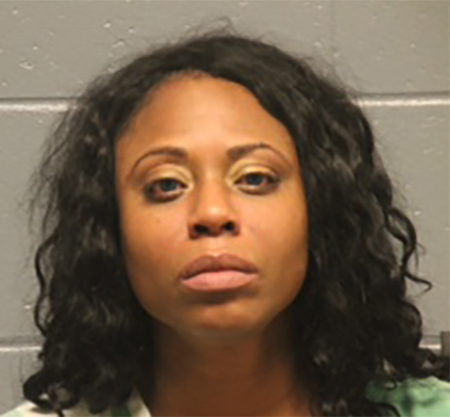 BROOKE ELLIS GIDEON, Age 35, Black Female POB: Kalamazoo, MI. Listed her Occupation as Real Estate, Self Employed and Home Address as 3004 Bluebonnet Lane, Bedford, TX.  Arrested on Sept 6, 2015 at 8:22 pm and charged with multiple offenses by Keller Police Officer T. Osborn.  1.) Driving While Intoxicated 2nd offense, a Class A Misdemeanor 2.) Possession of Marijuana less than  2 ounces, A Class B Misdemeanor and 3.)  A Capias Warrant for her outstanding from the Tarrant Country Sheriff’s Dept.  Her total assessment was $4010.10. 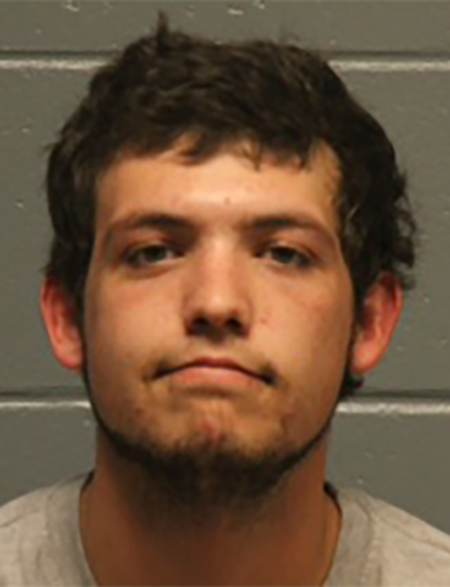 CHARLES WILLIAM EVANS, III, Age 19, POB: Austin, TX, listed Occupation as PreLoad for UPS and Home Address as 200 Austin St. Keller, TX. Arrested on Sept. 7, 2015 at 6:25 pm by Keller Police Officer S. Bradburn on NE Tarrant Parkway on multiple charges. 1.) Possession of Marijuana less than 2 ounces, a Class B Misdemeanor. 2.) on an outstanding warrant from the Denton PD for Driving Without a Valid License, and 3.) on an outstanding warrant from the Dallas PD for Improper Turn (Right on Red Prohibited) a Class C Misdemeanor.  Assessed $2005.10. 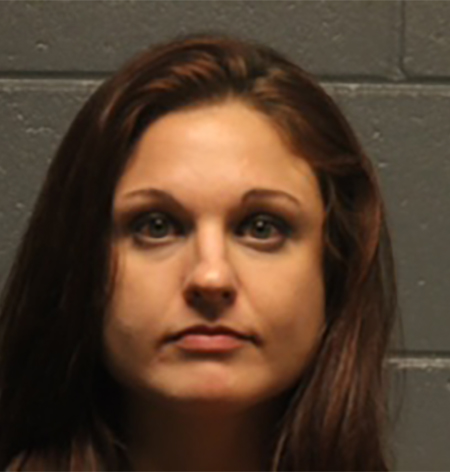 RENEE MALOREY BAGLIO, Age 30, POB: Dallas, Listed her Occupation as Unemployed and Home address at 5520 Bryce Canyon Dr. , Ft. Worth.   Arrested on Sept. 08, 2015 at 2:07 pm and charged with Assault Causing Bodily Injury a Class A Misdemeanor by Keller Police Officer B. Todd. Assessed $3,000. 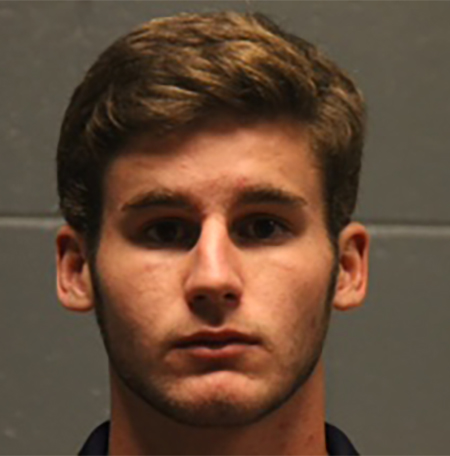 CHARLES CHRISTIAN MORRISON,  Age 17, POB: Thousand Oaks, CA., listed his Occupation as a Ranch Hand at Havens and Home Address as 217 Chandler Rd, Keller.  Arrested on Sept 20, 2015 at 5:7 pm at 100 Rufe Snow Dr. Charged with multiple offenses; 1.) Driving under the Influence of Alcohol by a Minor, a Class C Misdemeanor, 2.) Possession of Drug Paraphernalia, a Class C. Misdemeanor, and 3.) Possession of Tobacco as a Minor a Class C Misdemeanor by Keller Police Officer G. Edge. Assessed a total of $1,162.50. 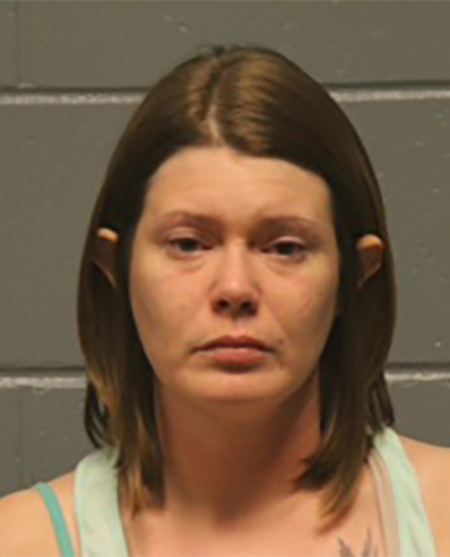 AMY LEIGH COMERFORD, Age 28, POB: VA, Listed Occupation as Dispatch for National Carriers and Home Address as 5108 Blue Quartz Rd. Ft. Worth.  Arrested by Westlake Police Officer T. Osborn iicon Sept. 5, 2015 at 2:46 am and charged with 1.) Driving While Intoxicated, a Class B Misdemeanor and 2.) Violation of Occupational Drivers License, a Class B Misdemeanor and assessed $2,000. 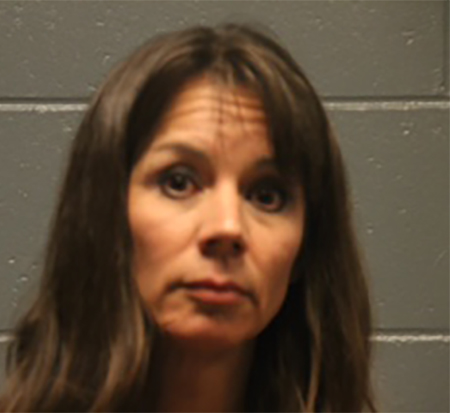 JULIE MICHELLE SALAVER Age 45, POB: Houston, TX, listed Occupation as a Vet Tech for Family Pet Clinic of Grapevine and Home Address as 1413 Tennis Dr., Bedford.  Arrested on Sept. 10, 2015 on Parkwood Hill in Watauga and charged with Driving While Intoxicated, a Class A Misdemeanor and assessed $1,500.

Between 09/16/2015 9 pm and 09/20/2015 3 pm  A Blue scooter which is described as looking similar to a Segway but for children and a stove top was taken from the property without owner’s consent. Burglary of Habitation at 617 Belinda Dr., Keller
Victim: Anneleah Garcia

09/22/2015 9:35 am Known suspect committed simple assault on the victim by punching her in the cheek with a closed fist at the Parking lot of Starbucks Coffee at 1004 Keller Pkwy.
Victim: Tiffany DeAmicis of Meadowbrook Dr. , Watauga.

Between 05/01/2015 and 08/01/2015 an unknown person gained access to Karla Combs, Mallard Ct, Keller, identifying information and opened an account.

Between 01/01/2015 and 06/01/2015 an unknown person opened a cable account in the name of Janet Prince-Plant of Thornwood Dr., Keller, using fraudulent information.

09/23/2015 at 711 Windcrest Dr., Keller, Criminal Mischief when broken glass was found in the driveway under the tires of Amy Sue Davis’ car.

Between 09/20/2015 and 09/23/2015  at the Residence of Adam Steven Pick, on Charrington Dr., Keller a Kimber Ultra Carry firearm and a Black Desanti Paddle holster for the gun was stolen from an unlocked vehicle in the driveway.