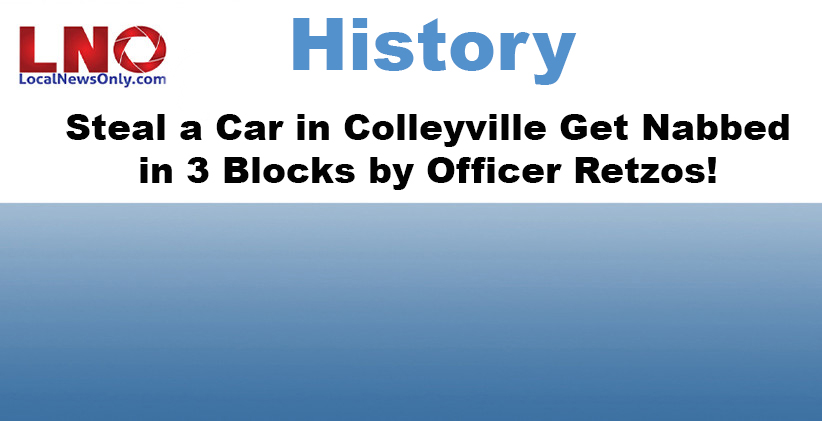 The suspect had earlier surreptitiously taken a purse belonging to an employee of the Fitness Center, removed the keys and some of the victim’s personal identification, and then returned the purse to the Lost & Found area of the building, claiming he had “found” it. Sagastume later drove the woman’s 2005 Honda Accord out of the lot, which is located at 1221 Church Street.

Officer John Retzos, a seasoned veteran at nailing car thieves, spotted the stolen vehicle and did not allow Sagastume to elude him when the suspect cut the lights off on the dark gray colored Accord and attempted to hide out in the nearby Riverwalk subdivision. Retzos quickly had the car thief corralled in the 5100 block on San Gabriel Avenue.

Joseph Sagastume, of 4162 Fair Oaks Drive in Grapevine, was booked into the CV Justice Center at 1:14 AM on November 16, on charges of Theft Between $1,500 to $20,000, Evading Arrest/Detention, and Fraudulent Use/Possession of Identifying Information. After a night in the Colleyville pokey, the youthful suspect was transferred to the Fort Worth jail facility on Friday afternoon, November 17, by the Tarrant County Sheriffs Office. This was the 4th arrest for the theft of motor vehicles by Officer Retzos in the last year. In October he arrested a suspect for a motorcycle stolen out of Dallas, and made two arrests last January for motor vehicle thefts, one from Grand Prairie, and the other had been stolen locally from Etheridge Auto Repair on Colleyville Boulevard.