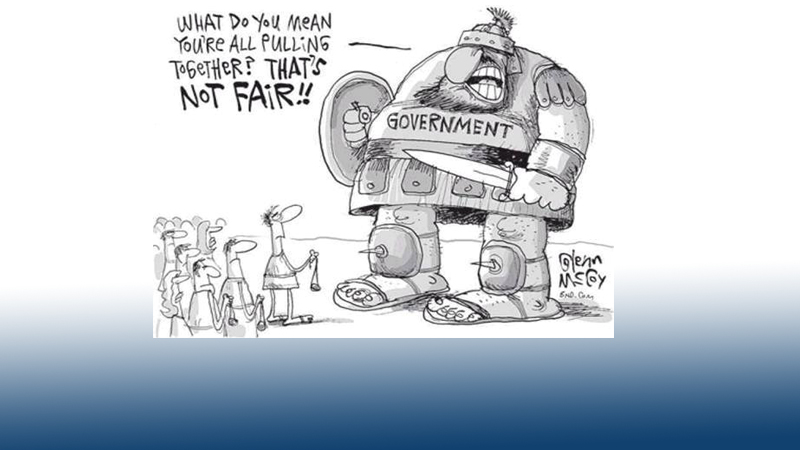 With a growing roar from the citizens on Colleyville, the honeymoon with Mayor David Kelly seems to be coming to an end.  When it came to getting his way, Mayor Kelly has had a virtual lock on City Council for at least the past 6 years, however with the election of Councilman Chris Putnam, Mayor Kelly has found an adversary with a different outlook on a number of issues from High Speed Rail thru Colleyville, to the Mayor’s vision of a 4 lane Hwy 26 with a large landscape divider in the middle.

The May 2015 election saw the re-election of Kelly ally, Michael Taylor by a mere 174 votes over newcomer Bobby Lindamood, with more than 5,000 votes cast.  It appeared this result meant the advance of the Kelly agenda.  Of particular interest is Mayor Kelly’s advocacy to have the new “Vision of Colleyville” Comprehensive Plan embrace more high density development in Colleyville.

In fact, at the two public council meetings of the new “High Density Plan,” those speaking against vs for was 92 against and 12 for.  However, the 87% to 13% margin is further impacted by those who registered their opposition but did not speak where those opposed, by unofficial count, have registered more than 90%.

The Mayor complained opponents of his new plan were distorting the conclusions in the plan.  The Mayor was adamant to fast track the plan along with his, “move along, there’s nothing to see here,” approach. Then comes Taylor stating that the plan really doesn’t alter an agenda set by the Colleyville City Council of 1999.

However, Taylor’s effort to explain his support for the new plan is peppered with statements that, while he likes to live on a large one acre lot, there are lot’s of other people who prefer the comfort of high density.  In fact, when it was pointed out that a number of changes had been made, therefore the public should have an opportunity to read, digest and comment at another meeting, Councilman Mogged is seen in this video stating, “..there’s nothing to be gained by having another meeting.” After which, Mayor Kelly immediately made a motion to accept and Taylor immediately provided the second in a attempt to force a vote the night of December 1, 2015.  Many citizens can be heard making their voices of displeasure heard in the background, while the Mayor states the “public hearing is over,” among shouts at the Mayor and especially Councilman Taylor. See Video Below..

Councilperson Carol Wollin, objects to the passage of the new plan, especially considering that major changes have been made.   Wollin pointed out the “800 lb Guerrilla in the room;” the fact there was a lot of distrust of citizens with City Council’s seeming “rush to judgement” effort to pass the plan.   Kelly then used one of his familiar techniques of asking a City Staff member a question (of which he already knows the answer) to state how long the plan had been on the web site.  The response is since November 6, but minor changes had been made.  The public attending that evening were not impressed with the alleged time frame since a number of revisions had been made Thanksgiving week. Mayor Kelly,..”the document itself have been on line for several weeks.”  Regardless, Kelly attempts to move the motion along by announcing there was a “Motion and a Second (by Taylor). See Video Below..

Kelly says that public hearing time is over and it is now only a matter for City Council to discuss; and that he would agree to hold another meeting, “however with NO PUBLIC HEARING,” because, Kelly points out, there has already been two public hearings of 2.5 hours each and citizens have had plenty of time to express their opinions. (Kelly did not attend the November 17, 2015 meeting, he was on vacation).  Kelly asks Wollin, what is the point there has been plenty of time; Councilman Short jumps in with a seemingly snide remark that “he supposes all the council members’ email would continue to be working and that people could contact them with comments.”  Kelly responds, that yes the emails will be working and that the emails had been working prior to this date.

Suddenly, in a move that has become a familiar trait of switching issues, depending on the circumstances,  Councilman Taylor,  suddenly reverses himself and announces that, “I will withdraw my second.”  See Video Below..

In a previous Editorial, LNO Editor Nelson Thibodeaux highlighted the growing distrust of certain members of the current City Council.  In particular LNO pointed out that Councilman Mogged had  deliberately misrepresented that accidents on Glade Road had increased 31% over the previous year during the May 2015 election.  Mogged clearly opposed the Citizen’s Initiative on the Ballot, it was obvious by his activity of release of the misleading Press Release and placing signs urging voters to vote NO on the referendum.

As a matter of fact, he announced in an email, copied to City Manager Jennifer Fadden, that he was going to use the “safety angle” in his Press Release, while asking the City Manager and Marketing Director, Mona Gandy, to review and make suggestions on his planned press release announcing the 31% increase.  In addition, an email from the City Secretary, Amy Shelly, to Councilman Mogged, appeared to be an “edited” statement that Mogged was going to make.

This action along with the last minute attack mailer on Bobby Lindamood in the Taylor-Lindamood race, was apparently a further attempt to distort the truth.  As far as the mailer, it seemed to have the opposite effect with Lindamood winning the votes cast on election day.

Now comes the High Density “shell game” that seems to be playing out similar to the style used in the May 2015 election.

However, in the Editorial titled “The Line has Become Blurred” the troubling aspect of the potential of City Staff members becoming involved in a campaign, as well as, concerns about High Density and the apparent investments in High Density areas by the City Manager was questioned.  In an effort to at least address the first issue, LNO contacted City Manager Jennifer Fadden with the following. The request was made on November 23, 2015

Jennifer: As you may recall LNO had requested all correspondence regarding Glade Road, PRIOR to the MAY ELECTION DATE. However, the city elected to delay the response by requesting an Attorney General’s Opinion. The result was the Texas AG simply stating that certain information, such as the emails, could be redacted. Prior to the election date, LNO received 4 pages of information. However, sometime after the election date LNO received 237 pages. In a review of these pages is the following copy of an email to Mona Gandy and Yourself from Councilman Chuck Mogged. My questions are as follows:
1.) Under what circumstances have you allowed city staff to become involved one on one with a City Council member, such as Mona, providing advice?
2.) Under what circumstances have you personally provided input to a member of council pertaining to a “strategy” concerning matters in an open election?
3.) Under what circumstances have you corresponded with a member of council who has provided you with a message that an “angle” was to be deployed to influence the public vote, versus providing clear and documented information to the public. For example using the “safety angle” that accidents have doubled on Glade Road, when in fact that is not true, in fact there were same amount of accidents in 2014 and 2011 on Glade Road and actual increase on Glade was only 13%?
4.) Under what circumstances did you release an Attorney’s opinion to the public , that was Attorney Client privilege” concerning his opinion the Citizen’s petition would make it difficult to properly repair Glade Road? Thank You Nelson Thibodeaux

The City Manager’s response is as follows.  The statement that, “I have not provided input to a member of the City Council pertaining to a strategy concerning matters in an open election,” failed to address the documented emails that clearly seemed to reflect a different response expected by Councilman Mogged’s email and the City Secretary email.

Good evening, Nelson: I meet on a regular basis with members of the Colleyville City Council. Some of these meetings happen on a regular schedule, others are scheduled at the specific request of a Councilmember, and some are scheduled at my request. During my tenure with the City of Colleyville, I have met with every member of the City Council in this way at one time or another. It is part of the job. It is also commonplace for members of the City Council to contact staff directly with questions on a number of issues related to City business. I have not provided input to a member of the City Council pertaining to a strategy concerning matters in an open election. As to the City Attorney’s memo regarding the petition, it was provided at the request of the petitioners themselves who requested that their questions be answered. Given the legal nature of these questions, the answers came through the City Attorney. The City Attorney provided the memo to the petitioners.

Because of the nature of a City Council actions and the report that the Mayor is literally visiting neighborhoods seeking support of his “new vision plan,” it appears the “800 lb Guerrilla,” or the distrust of the citizens of this city council, is gaining more weight, now comes the concern of conflicts of interest on many levels.

To dispel at least some of the concerns of potential conflicts of interest that seem to be surfacing in this highly charged High Density dispute; LNO ask Ms. Fadden to address the properties she has acquired in Colleyville since becoming City Manager.

However, unlike in the past where Ms. Fadden has been very responsive to LNO, there has been no response. LNO has filed the following under the Freedom of Information Act:
Open Records request Dec 8.

The next City Council meeting of December 15, 2015; in spite of Mayor Kelly’s objection, will have a time for public comment.