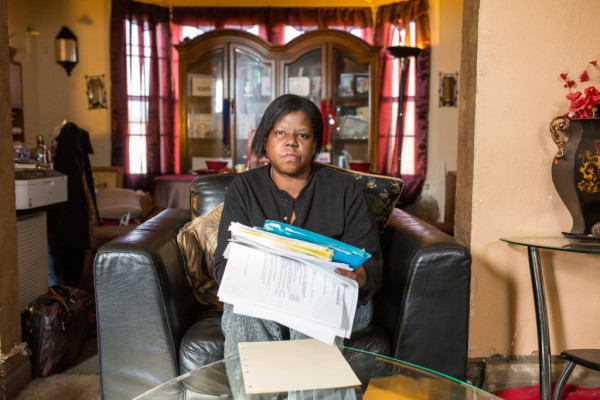 Recently citizens of the City of Colleyville were treated to a decision by City Council that can impact High Density housing for years to come.  This reflection of a council that was committed to move forward in the face of substantial citizens disagreement and uproar, is an example of a group of 5 out of 7 people making the decision for the 24,000 in the city.

This trend of politicians need for more and more revenue to run their communities has gone to outlandish heights in many cities in the US.  One city is Pagedale, Missouri, could it happen here?

If we were inclined to give out such an award, Pagedale, Missouri, would be a leading contender for Nanny State of the Year.

In this suburb of St. Louis, residents have been ticketed and fined by the town’s police force for violations that don’t even begin to make rational sense.

FINED: Valerie Whitner has been fined for having chipped paint on the outside of her home and for not having a screen door attached to her back door, among other things. She owes the city more than $2,400.

One resident, Valerie Whitner, has been fined for having chipped paint on the outside of her home and for not attaching a screen door to her back door. She’s been told by city officials she must replace her rain gutters, her siding and put up storm windows. They also told her to mend her fence, cut her lawn and seal up cracks in her home’s foundation.

Whitner’s plight — she owes the city more than $2,400 in violations — made it into the New York Times in November and now she’s one of a handful of city residents who are part of a lawsuit that challenges the nannies in Pagedale.

“Every morning I wake up worried that I’ll get another ticket,” Whitner said in a statement provided by the Institute for Justice, a nonprofit law firm helping with the lawsuit.

Another plaintiff in the class action suit is Mildred Bryant, an 84-year-old grandmother who has received citations from the city for having mismatched curtains and failing to have blinds in every window. She’s been told to repaint her porch too, according to the lawsuit filed last month.

All towns have some silly rules on the books, but Pagedale sets the bar at a new level. It’s against the law for residents to have a basketball hoop, plastic pool or doghouse in their front yards. Satellite dishes are illegal. So are barbeque grills (though the town does graciously make an exception to that ban on “national holidays”).

Uncut grass, overgrown gardens and fallen tree limbs are likely to result in a ticket.

It’s even illegal for children to play in the street. 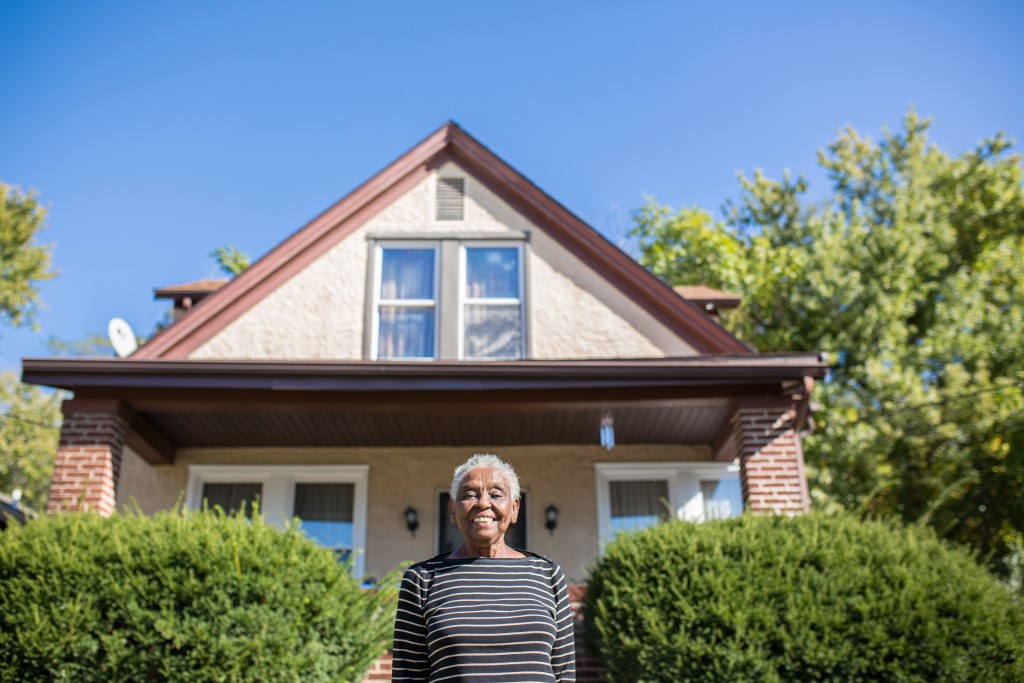 TARGETED: Mildred Bryant, an 84-year old grandmother, has received citations from the city for having mismatched curtains and failing to have blinds in every window.

Vincent Blount, a retired Marine and another plaintiff in the lawsuit, was once thrown in jail because he did not have enough money to pay the fines Pagedale officials were levying against him. How, exactly, was he supposed to make that money while sitting in jail?

Even if you want to pay the city, it can be difficult. The Pagedale Municipal Court is in session just twice per month. The town does not let residents plead “not guilty” or otherwise contest violations unless they go to court — though you can plead guilty and pay the fine via mail.

Not surprisingly, Pagedale, which has about 3,300 residents, makes a lot of money off all those fines. In 2014, the city issued 2,255 non-traffic related tickets. Revenue from non-traffic tickets made up more than 17 percent of the city’s budget that year.

The Institute for Justice contends that Pagedale is running a “policing for profit” scheme and is asking the United States District Court for the Eastern District of Missouri to rule the practice unconstitutional.

“This case demonstrates that property rights are fundamentally civil rights,” said Institute for Justice senior attorney William Mauer, who is lead counsel in the lawsuit. “Pagedale treats its residents like walking, talking ATMs, making withdrawals by issuing tickets for ridiculous things that no city has a right to dictate.”

An attorney for the city says officials aren’t trying to make money off the housing code violations.

“It’s got nothing to do with driving up revenue, and it’s got everything to do with making the properties code compliant and safe,” attorney Sam Alton told the New York Times.

Believe him if you will, but Pagedale doesn’t seem to be a completely isolated case. A study conducted by Better Together St. Louis, a regional nonprofit working to improve civic governments, found that towns in St. Louis County (excluding the city of St. Louis itself) collected more than $45 million in fines from residents during 2013.

That’s more than one-third of all the fines collected by all municipalities in the entire state that year. Those municipalities account for about 10 percent of the state’s total population.

“This is life in Pagedale,” says Whitner.

Correction. This is life in our Nanny State of the Year.