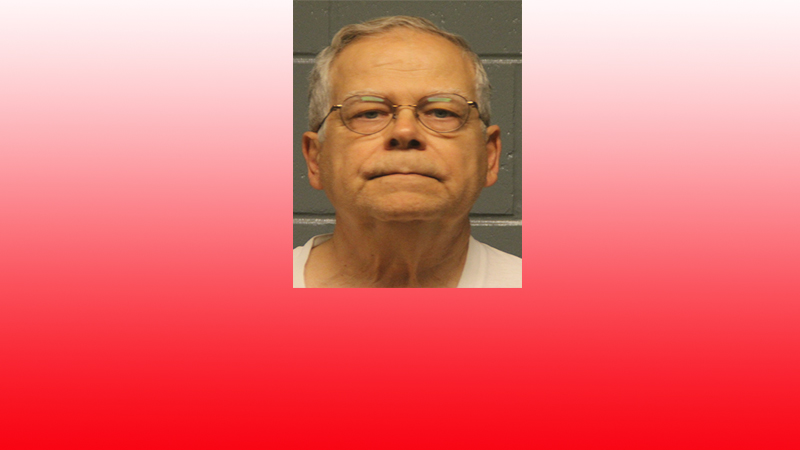 Colleyville police arrested James Douglas Wolfe, 74, on Wednesday, January 20, 2016 at his home in Woodbriar Estates.  The charge is Sexual Abuse of Child Continuous: Victim Under 14.

Wolfe is alleged to have abused a juvenile victim beginning in 2009 and continuing over the years until an “outcry” was made by the child to a relative on November 13, 2015.  The victim was approximately six years old when the first incident occurred in Wolfe’s home at 3704 Briar Haven Lane.  James Wolfe is a blood relation to the victim.

Colleyville Police Officer Sandra Scott met with the relative of the juvenile victim at the Justice Center on November 16, 2015.  The relative filed the sexual assault charges, after learning from the child about the ongoing abuse.

On December 11, 2015, Colleyville Detective Chad Bonham met the victim and the relative who reported the outcry to police at the Alliance For Children Center in order to have a forensic interview conducted by Lindsey Dula with the child.  Detective Bonham sat in the observation room and observed the interview through the video and audio that was being recorded.  During the interview the juvenile stated that every time the  victim was alone with the Defendant, James Wolfe, the sexual assaults took place.

After calling on him the previous Friday and requesting the Defendant to come in, Detective Bonham questioned James Wolfe on Monday, January 18, 2016 at the Colleyville Justice Center in a “non-custodial interview but one that was both audio and video recorded.”

“Under his own free will, the Defendant agreed to speak with me about this investigation,” Det. Bonham’s Arrest Affidavit states.

Detective Bonham “started off the interview by asking him why do you think I want to talk to you today?  He replied with ‘not a clue’, and that he has been thinking about it all weekend and thought it may have to do with his family farm and that he is moving large sums of money around.  I told him that is not why I wanted to speak with him and stated that I am investigating a case that is very serious and it involves him.”

“I asked him how he felt that he was being accused of something like this and his response was ‘hurt, I don’t know why [the juvenile victim] would be mad at me’.  He then asked if there was a physical exam done and I told him that there was one performed.”

“At no point during this interview did the Defendant appear to be upset or angry.”

Detective Bonham’s Arrest Affidavit continues, “the time frame of events reported by the juvenile victim was confirmed by the Defendant during the interview.  It should also be noted that at no point in time during this investigation has the victim’s account of events changed.  The events [told to the outcry relative] coincide with what was stated during the forensic interview and also coincide with [the victim’s] account of events during the physical examination.  Over one month passed since the initial outcry [to the relative] and the forensic interview and physical exam.  In my experience a person making a false accusation will change some details during the course of the investigation.  I have since spoken with the forensic interviewer (L. Dula) and she stated she has no reason to believe the accusation made is false.”

The Arrest Affidavit is signed by Detective Chad Bonham.