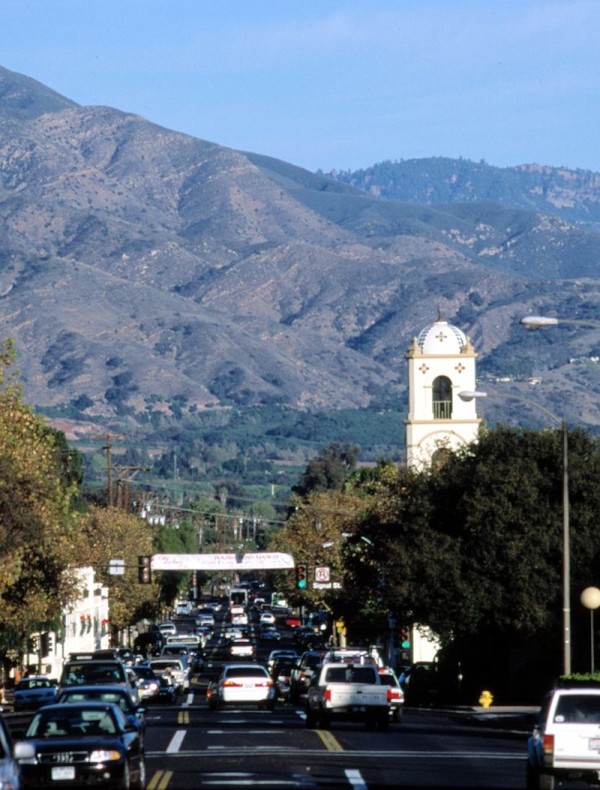 Governments are supposed to be good at punishing people who break the law. It’s one of their most basic functions.

But when governments start outlawing otherwise-completely-legal behavior in an effort to stop some people from maybe someday breaking some law, everyone’s rights suffer. Nannyism is occurring.

In small towns and large cities across the country, local governments are imposing or newly enforcing bans on when and how people can rent out their own property.

Ojai, California, located in a picturesque valley north of Los Angeles, is a recent example. The City Council in Ojai voted 5-0 last week to make rentals of less than 30 days illegal in all parts of the city.

OJAI DID IT: Want to take a vacation in lovely Ojai, California? You’ll have to stay in a hotel, after the City Council voted last week to ban short-term vacation rentals.

“The council’s decision primarily targets informal rentals advertised online through sites such as Airbnb and VRBO, which have proliferated in Ojai and across the country in recent years,” the Ventura County Star reported.

For those unfamiliar with the world of short-term vacation rentals, here’s how it works: a property owner can list their home on websites like Airbnb or VRBO, which work as middle-men, connecting available rental homes with vacationers from all around the world who might want to stay in Ojai.

These sites offer a unique (some would say better) travel experience, allowing visitors to stay in a real home rather than a stuffy, anonymous hotel room.

It’s an arrangement that requires the consent of the property owners and the would-be-renters — perhaps with some legal assistance from third-parties such as Airbnb.  There’s no need for the government to intervene in that relationship, until and unless there is a crime committed on the property or there is some other reason for the judicial system to get involved (say, for example, a renter trashed the place or tried to skip out on paying their bill).

When government gets involved in the front end of these types of transactions, it serves little purpose except to limit liberty and violate the rights of property owners.

Some renters in the city told the council they use Airbnb to help make ends meet by renting out their homes while they are away. Others pointed to the benefits the city gets from having more tourists in town — in other words, more tax revenue for the government to use.

But that’s not how Ojai City Councilwoman Betsy Clapp sees it. She told the Ventura County Star that sites like Airbnb are a pox upon the town.

“This online business model circumvents and undermines community zoning laws. It is also an assault on legitimate licensed businesses playing by the rules,” said Clapp. “These seemingly harmless home-based hotels … impact school enrollment, housing stock, volunteerism and community cohesion. I’ve seen how they have turned neighbor against neighbor. They are not good for our town.”

Good Lord. Are they poisoning the wells and spreading diseases among the population too?

One of the real forces behind these types of bans is not opposition from the community, but lobbying from powerful hotel chains. Already operating on razor-thin margins and facing plenty of competition, hotels are pushing governments to ban alternatives.

If governments feel there is a legitimate public safety concern created by the proliferation of short-term rentals, there are a few better options than an outright ban.

The best: Hold the bad apples accountable and let everyone else be.

In San Clemente, south of Los Angeles, the City Council heard last week from residents who said short-term rentals on one block have “become party houses, saying that constant turnover, late-night parties, foul language, trash, parking problems, security concerns and annoyances are destroying their quality of life,” according to the Orange County Register.

If there are people in San Clemente — residents, tourists, whatever — who are disturbing the peace, littering, parking illegally or otherwise breaking the town’s rules, they should be held accountable for their actions.

They should be subject to police power and the local court system. But the threat of those people being out there does not, and should not, give the government the power to go after law-abiding resident and tourists.

In San Clemente, one short-term renter told the council to “focus on holding the few badly run short-term lodgings accountable,” according to the Register.

Governments are good at that. They have many tools at their disposal to hold alleged criminals accountable for their actions, after the fact.

When governments stray into policies intended to stop certain behavior from ever happening — as opposed to punishing it when it does happen — the result is a loss of rights for everyone, even those who would never cross the line the government is trying to enforce.