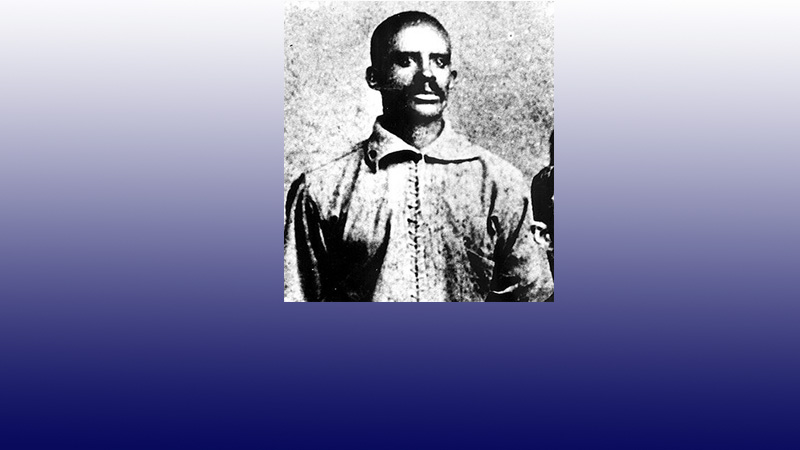 This Bud was the First but ignored

You know, when you’re the first at anything, there’s going to be problems.  And I guess it really doesn’t matter what it is that you’re first at.  Some people will hate you.  Others will love you.  And there will be that big bunch of folks who just kind of sit back and watch carefully to see what you are all about.

I guess that was probably true with Charles Lindbergh.  He was hailed as the first person the fly the Atlantic Ocean nonstop.  But news reports tell us that a bunch of people thought it was wrong to do it.  And another bunch just didn’t believe it at all.

That also happened when Neil Armstrong first stepped foot on the moon.  The day he took off, there were people at Cape Canaveral protesting the launch.  And still today, there are people who believe that the entire space program is a government plot, and we never have flown into space.

Columbus faced it when he found the new world.  People scoffed at Newton and laughed at Darwin.  It’s always a tough road to be first.   Like it was for the first player in the major leagues that was different.

You know, he wasn’t a white player.  No, he was black.   Things were a little different back then as I’m sure you know.   He couldn’t always stay in the same hotels or eat in the same restaurants with the other players on the team.  As a matter of fact he seldom could.  He often had to ride in a separate part of the train when they traveled.

And according to him, he actually ran into more of that kind of discrimination in the North, more than he did in the South.  He wasn’t sure why.  He thought that people in the North would be more understanding and liberal about those attitudes.  After all, that’s why they fought the Civil War.  The North won and freed the slaves.  Or so he thought.  But no.  According to Bud the discrimination was far worse in the North than when he played in the South.

Who’s Bud, you ask?  Oh, that would be Bud Fowler, the first black ball player to ever play in the major  leagues.  Confused?  I don’t blame you the way our news media writes history.  But, It’s a Little Known Fact that Bud Fowler was the first black player to ever play on an American League team out of Chicago, and he did that almost 40 years before Jackie Robinson first stepped foot on a ball diamond.  But, in order to do play, Bud had to pass himself off as an Indian.  It’s a