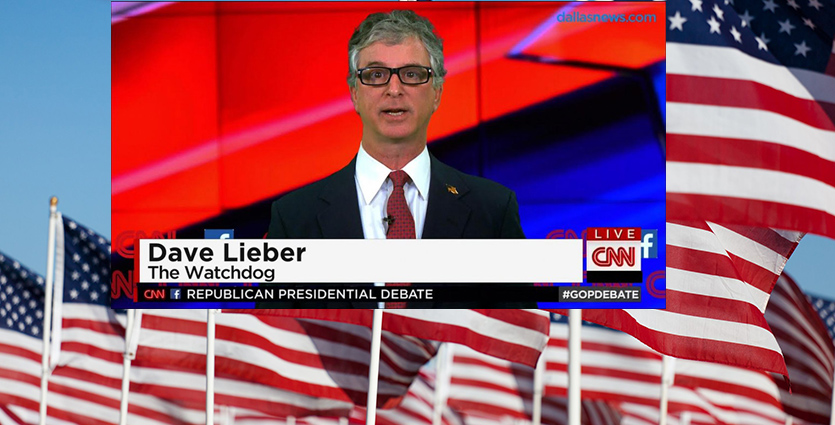 A possible surprise presidential candidacy was outed Wednesday on — where else? — Twitter.

The candidate refuses to comment. But the Twitterverse produced a substantial amount of evidence that Dave Lieber is poised to announce a run for the presidency on a consumer rights platform.

He wants to “Take the CON out of consumer.” That’s why Dallas Morning News Watchdog columnist Dave Lieber is launching a symbolic campaign for the U.S. presidency. He wants to highlight the need for the government to spend more catching crooks out there by tracing their email,  phone numbers and bank accounts. #watchdogforpresident

Let today’s tweets tell the story. The cascading chorus of leaks seem to come from those close to him. It began with a tip from Keith Campbell, Deputy Managing Editor/News and Business at The Dallas Morning News:

Sources say another candidate may be entering the 2016 race.