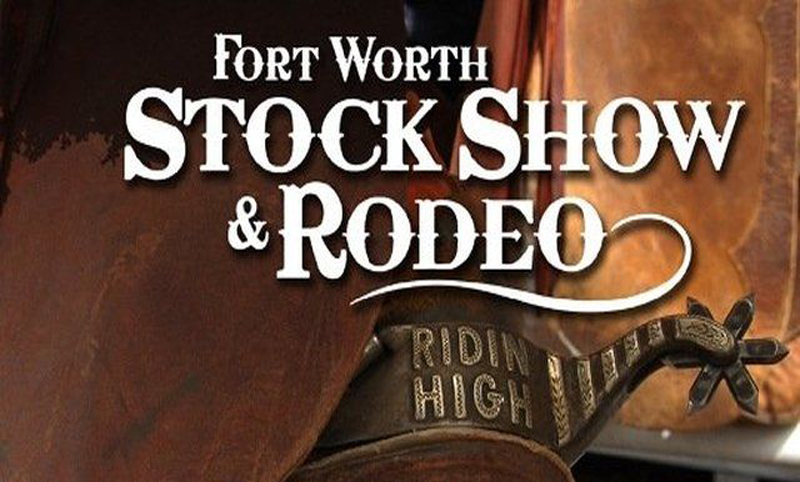 One of the most exciting events that happens in Texas in January is the Fort Worth Stock Show!

In the mid-to late 1800s Fort Worth was the last major stop for rest and supplies. Over four million head of cattle travelled through Fort Worth at that time and it soon was known as “Cowtown.” In 1876, the railroad finally arrived to Fort Worth and it became a major shipping point for livestock. The stockyards was called Union Stockyards at this time due to the railroad. Fortunately for Fort Worth, Greenlief Simpson a wealthy Boston man came to Texas (due to lack of funds to get enough cattle) and decided to invest, Simpson, invited another investor with him, Louville Niles, whose primary business was meat packing. They bought the Union Stockyards and changed the name to Fort Worth Stockyards Company.

Quickly the men realized Fort Worth had more to offer than just a shipping business, so they added meat processing, or packing plants, to their Stockyards business plan.

The new Livestock Exchange Building, the livestock pens and the barns were started in 1902. The livestock market drew farmers and ranchers to Fort Worth from all over Texas.

The Stockyards Cowtown Coliseum was built in 1907 and was just finished in 88 working days and was home to the first indoor rodeo.

When the Stockyards fell on hard times in the 1970s, after the packing plants closed, one of the buildings was put to use as home to a popular restaurant, The Spaghetti Warehouse, but the area continued to decline. In 1976 the Fort Worth Historical Society was chartered to ensure Fort Worth’s livestock heritage would continue to be remembered and preserved in the Stockyards.

That’s enough history, now let’s get to my visit to the Fort Worth Stock Show, which was held at Will Rogers Coliseum. My y companion, Avery (my nine-year-old nephew), and I parked atBilly Bob’s Texas knowing there would be a shuttle to take us straight to the big event! It was nice to relax on the shuttle which held up to 56 people, so you never had to wait too long!

The shuttle dropped us off right at the gate (better than the long walk!) and we entered. The outside was a carnival! Full of rides like bumper cars, a huge slide, carousel, Ferris wheel, a haunted house, petting zoo; as well, as some delicious fried goodies, which is what makes the Stock Show so great!

Avery daringly evaluated the rides to see what he would ride first, and decided on the bumper cars. We got his tickets and I watched him have fun! He was very good as he bumped other cars and maneuvered around obstacles, showing that he might have a future as a race car driver.

As I watched Avery, I was bombarded by the smell of food! Corn dogs, nachos, lemonade, cotton candy .  .  . and fried Oreos! Fried Oreos! Is there anything that can’t be made better by deep frying it? And is there any place that kind of food can be better than at the Stock Show?

Unfortunately, we didn’t get into the rodeo, because it had already sold out, but with such a beautiful Saturday we decided to check out the food court.

Looking through all the options at the food court, from burgers to Bar-B-Que and even to Louisiana crawfish but our stomachs decided that we needed Nachos. And Boy, did they hit the spot.

After satisfying our cravings for food, it was time to burn off some of those calories by going to check out some of the expos that were going on.

What do you want or need? They had it all! Cowboy hats, mattresses, specialty adult beverages, leather boots, it was just amazing how much there was to see! But, like most young guys, Avery was starting to get bored and was again thinking about bumper car action! So it was back to the midway for more youthful action.

Finally, after a few more rides and a lot more walking, our feet had started to ache and we headed back to the shuttle and our car.

I can’t think of a better way to help my young charge dissipate some energy on a beautiful Saturday afternoon while enjoying the tradition of a 100-year old Fort Worth event.

Want to know what’s going on in your town or have suggestions for me?