In the category of full disclosure the Editor of LNO, Nelson Thibodeaux is an unabashed conservative and Republican.  Unlike a certain news source out of Ft. Worth, we don’t pretend to be impartial journalists (who just happened to rationalize every article, column and especially Editorial from a Liberal bent).  However, we do strive to provide valid and documented facts behind our articles.

The documented fact is the first Colleyville Republican Club Meeting was a tremendous success; with an estimated crowd of 125 to 150 showing up in a standing room only crowd at the Colleyville Center. 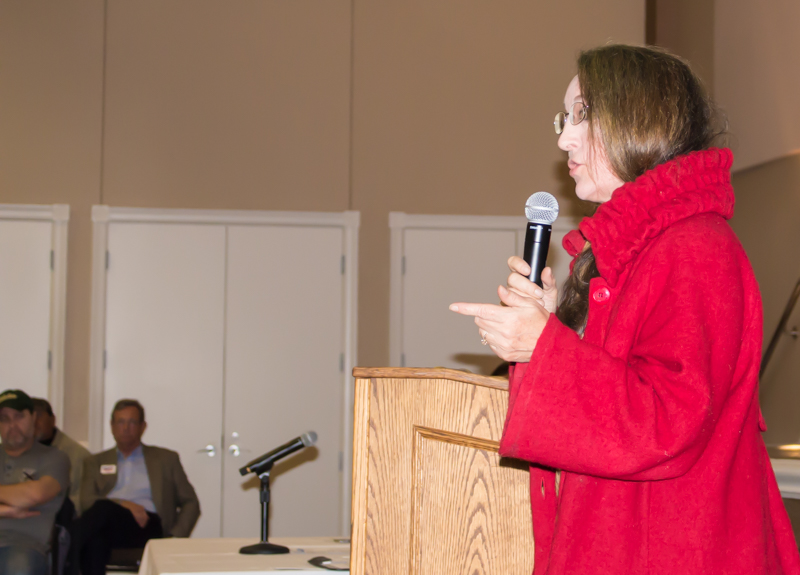 Natalie Genco was the initial organizer of the event.  The two main topics concerned the status of Tex Rail through Colleyville and the High Water Rates in town. 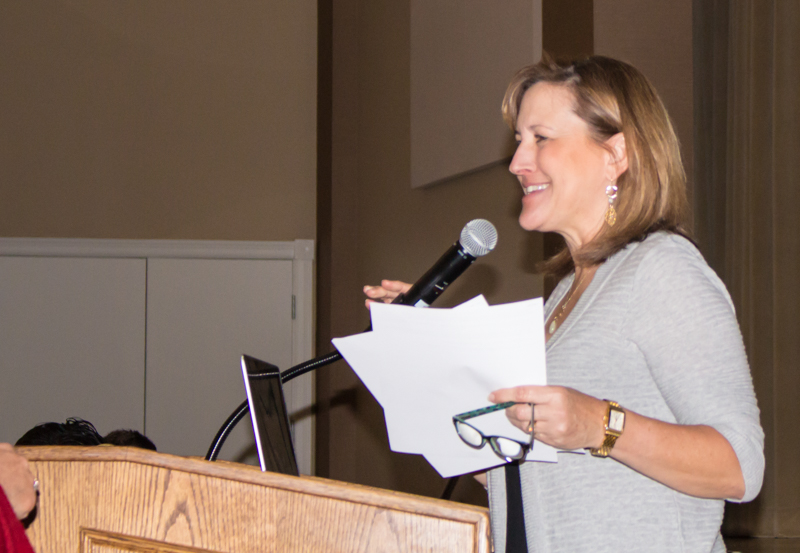 State Senator Konni Burton, R-Colleyville representing Tarrant County Senatorial District 10 spoke on the boondoggle and tremendous debt that Tex Rail will incur on Taxpayers. She complemented Colleyville Councilman Chris Putnam for his efforts and research that has fully brought her up to speed on the issue. In fact she recently penned an Opt Ed in the Star Telegram Click Here

The crowd was very receptive to the information concerning the fact that a group of  officials, get together and form a Regional Group, for example North Central Texas Council of Governments or NCTCOG.  Representing Colleyville is Councilman Mike Taylor.  These groups while appointed by their various city councils; actually have no taxing authority, however through their actions commit taxpayers living in the participating cities to millions upon millions of future debt obligations, in this case the Tex Rail plans to come barreling through the heart of the City of Colleyville.

When the experts were ask what citizens in Colleyville could do to slow down the train debacle from moving forward, the crowd was told that IF the various cities passed Resolutions NOT approving the Rail effort, it could have a major impact on future decisions.  Further, that the Colleyville City Council could take such a stand.  When it was noticed that three council members were attending the meeting, Carol Wollin, Jody Short and Nancy Coplen, the question rose from the crowd to have council members address the group on their stance in the issue.

However, not one council member had the courage to stand up and express an opinion.  After all, the “official” stand of the City of Colleyville by City Council Resolution was to support the rail efforts.  One audience member volunteered that Councilman Chuck Mogged, was, “always against the Rail.”  Which was promptly met with guffaws in the crowd.

Undoubtedly the audience recalled the efforts of Councilman Chris Putnam to have the Resolution supporting the rail concept to be rescinded.  However, despite a comment from Mogged that he had “consulted” with Congressman Kenny Marchant and that Marchant would refuse to vote for funding; Mogged still did not come forth to support Councilman Putnam’s efforts to recall and change the position of the City at the behest of Mayor David Kelly.  As reported by LNO in August 2014 in THIS ARTICLE.

However, in November 2014, Putnam received an impressive ally when the Tarrant County Republican Party passed a Resolution Opposing Tex Rail as reported HERE.  Even with the support of the County Republican Party, still Councilman Mogged remained silent on behalf of Colleyville Citizens and the efforts of Councilman Putnam, as did Council members Wollin, Short, Taylor, Hart and Mayor Kelly.

Finally  in the minutes of the Pre-Council Agenda of August 19, 2014, note that Councilman Putnam recommends to council that a new Resolution in opposition to Tex Rail be considered by city Council.  Once again the “naysayers” the “we can do nothing” Council members  including Chuck Mogged and Mike Taylor, along with Mayor David Kelly, stifle any real movement on the issue. Once again if Councilman Mogged desire to be on record as opposed to Tex Rail, he had numerous  opportunities to step away from Taylor and Mayor Kelly, but elected to stay the course with the long term serving members.

See a PDF of the Minutes Here:August 19, 2014 . Questions, doubters, naysayers, “we can do nothing” council members, but not one speaks up to agree to rescind the Resolution. Taylor even defends his position that Colleyville (of which he represents at the Regional group) is only one city and our voice wouldn’t actually carry much weight.  In other words, it appears his “Regionalism” commitments far exceed the commitment to the citizens of Colleyville. 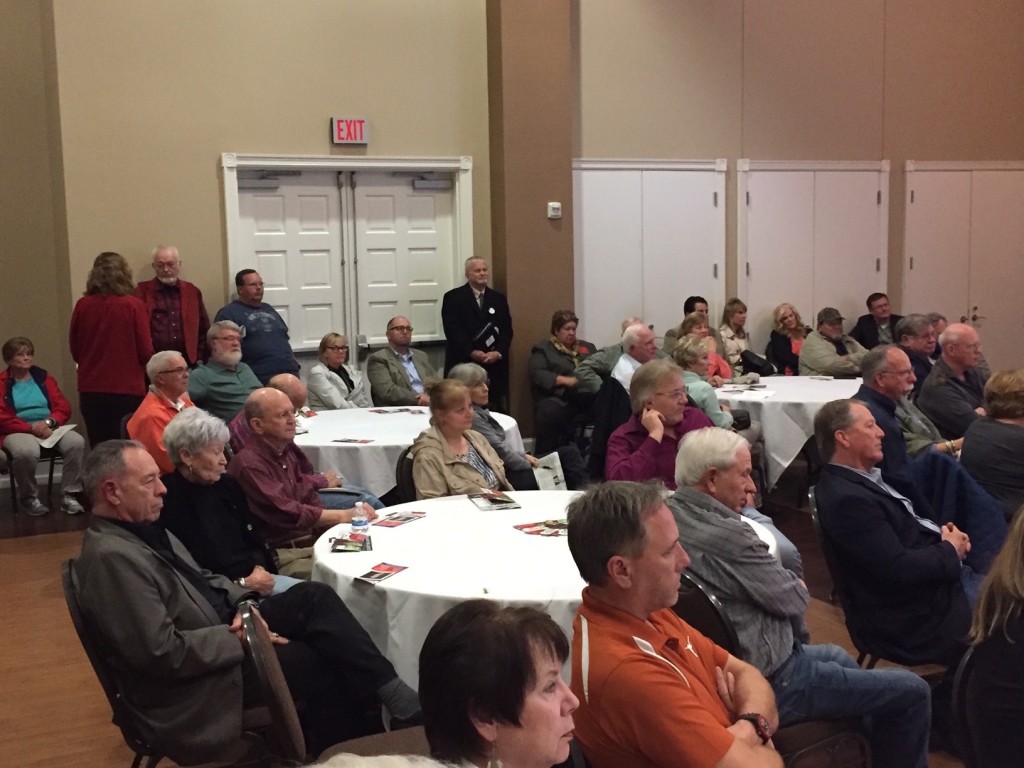 Finally, at the very first formation meeting of the Colleyville Republican Club, you might notice an obvious anomaly in the photo above.  For Conservative Republicans that are tired of getting PUNKED by Colleyville’s resident Democrats, one may notice above one Louis Miller, and sitting across from him one Wayne Maynard.  These two were alleged active in the Mark Bauer led “Battleground Texas” failed effort during the previous elections in 2014.  However, they led the narrative and manage to muddle the Glade Road issue during the last City of Colleyville election.  Then of course, not to mention the infamous “Vote for Taylor” trumped up “deposition” with interpretation provided in the margins, (not consistent with the actual deposition)  that resulted in Taylor winning by only 174 out of 5,000+ votes.  These Democrat activists  managed to “punk” conservatives in that election.  Of course, these were some of the same individuals that led the charge (against the citizens will) urging city council to pass the obviously flawed Comprehensive Plan that fails to accurately define the 1.8 density goal of citizens; but actually allows every development open to the whim of city council to determine if only the actual lots are counted in the calculation, or every street, right of way, unusable open space, etc. to come up with a 1.8 calculation that actually  can result in a very high density solution.  Yet they call those citizens concerned against the action to be road blocks to the progress of the city and the great visions of the current City Council.

Mr. Maynard did his best to disrupt the meeting and finally was shouted down by member of the audience to “sit down!”..to which he responded they are treating me like a dog. (the victimized response conservatives are so familiar).  However, he is the first to post on Facebook that all is well in Colleyville and the city is the “safest in everyplace” by Credit Donkey “Save money and be informed. CreditDonkey is a credit card comparison and financial education website. This website is made possible through financial relationships with card issuers and some of the products and services mentioned on this site.”

In reality, those attending were ask not to give a narrative but a question; however Maynard attempted to dominate the conversation by his support of the rail and that “Colleyville doesn’t own the right of way regardless.”  To be met by one member of the audience saying, “Does that mean we shouldn’t try?  Finally, Maynard appeared to be the only one in the audience to think the rates of water bills in Colleyville had not increased dramatically; shouting out, “the rates haven’t gone up?” That was also met with a rumble from the audience of acknowledgement their water bills have as much as doubled.  And the facts are…wait to this July and citizens will feel the real sting of higher water bills.

The opportunity for a large number of citizens to witness the obstinate attitude and effort to drive the narrative, in spite of the fact the general majority of the audience knew the obvious; is paramount to the need for citizens to become involved and understand the efforts of some who can’t win by their affiliation, so they attempt to influence by spending the most money and being the loudest voice.

If it were not previously obvious; from the Monday night crowd; it appears citizens of Colleyville are in step with the national outrage of politicians playing hide the money, politicians that become dedicated to a cause after the citizens are already there; not by any  leadership abilities and finally,  a major wind is blowing very much different than the “status quo”  incumbents everywhere have tried so hard to protect the perennial political butts.

THE FOLLOWING ARE EXCERPTS FROM A PREVIOUS PRE-COUNCIL MEETING (where approvals are sought but no recorded votes taken).
You will note Councilman Putnam grilling the Tex Rail presenters who have no answers.  Councilman Mogged is limited his questions to the pre-ordained fate of the city and how safety crews will be trained.