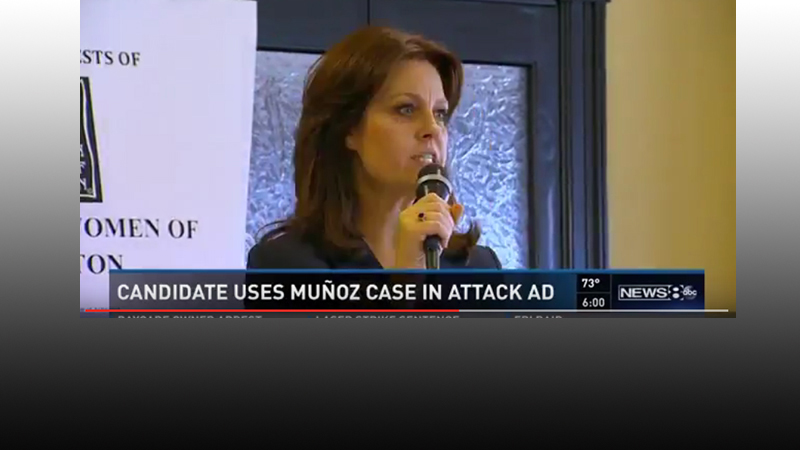 Traci Hutton to Bud Kennedy Regarding LNO Expose…”That’s about things in Colleyville”…”It doesn’t have anything to do with the race”.

As has been the habit of the Star-Telegram for LNO’s 16 year history, our Traci Hutton story get’s a grudging acknowledgment, but no credit by name.  Of course, BEFORE Bud Kennedy weighed in, it was LNO that addressed not only Traci Hutton’s personal indiscretions or “personal criticism” as noted by Bud.  LNO addressed the audacity of this candidate to blame her opponent in the death of a child because of his common sense and rational decision to allow a woman dead for weeks and her fetus, declared “not viable” by the hospital staff, to be disconnected from a life support system on a long ago brain dead patient.

Then Bud writes, “Hutton became the target of other personal criticism this week on a Colleyville website. That’s about things in Colleyville,” she said. “It doesn’t have anything to do with this race.” 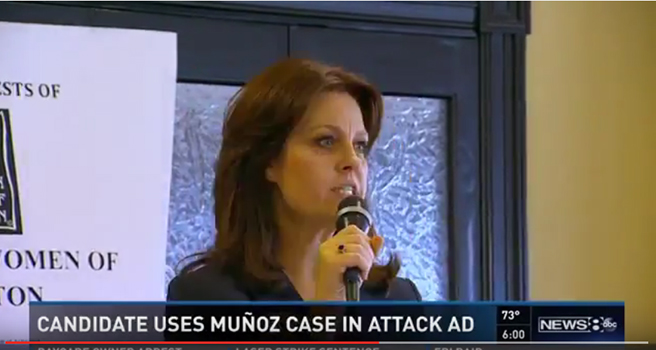 A startling revelation by the Judicial Candidate, Traci Hutton.  It seems that her personal indiscretions with a married man is only, “…about things in Colleyville.” No denial, but a deflection that the concern of voters should be limited to Colleyville alone. As if all others should have no interest in her conduct because, after all, the aforementioned, “personal criticism,” was only about her and Colleyville City Councilman Mike Taylor adulterous affair. 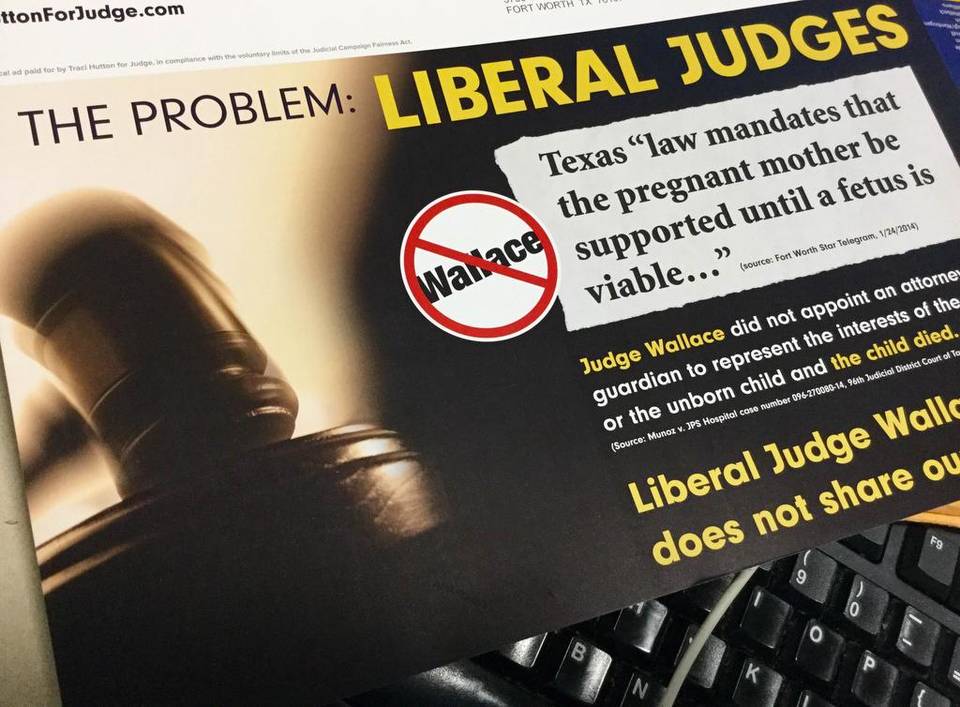 A Grapevine lawyer is challenging the judge who in 2014 ordered a hospital to disconnect the pregnant Haltom City woman from life support , a decision that ended nine weeks of legal manuevers and nine weeks of heart-rending grief for her family.

Sending out mailers calling state District Judge R.H. Wallace “liberal” and saying he does not “share our values,” Grapevine Republican Traci Hutton said Thursday that Wallace should have appointed a lawyer to represent Nicole, Muñoz’s unborn 23-week-old child with disabilities.

Muñoz, 33, was 14 weeks pregnant with Nicole when she collapsed at home from what was believed to be a pulmonary embolism.

At John Peter Smith Hospital, Muñoz showed no brain function. She was dead.

Her firefighter husband, Erick, was in anguish after learning that his wife’s body had to be kept on artificial life support indefinitely because Texas requires sustaining a pregnant “patient.”

Hutton, endorsed by Colleyville and Grapevine officials and the Houston-based Texas Right to Life, said that she has represented children in other cases and that “it’s important to represent the voice and interests” of Nicole Muñoz: “That wasn’t done.”

Hutton said that by ordering JPS to release Marlise Muñoz’s body, Wallace did not show a “conservative judicial philosophy.”

Wallace said all sides agreed that Muñoz was dead and had died in the early development of the pregnancy. He is endorsed by abortion opponents Perry and Kyleen Wright of the Arlington-based Texans for Life Coalition, along with former Dallas Cowboys quarterback Roger Staubach of Dallas.

The case spotlights an ongoing divide between Republican anti-abortion groups over end-of-life issues, some against prolonging needless suffering, others saying life should be sustained until death.

After the forum, Hutton said she did not question whether Muñoz was dead, only that Nicole needed a lawyer: “I’m not getting into the medical part.”

I asked whether a paramedic responding to a pregnant woman’s death should rush to connect life support.

“I’m not going to go there,” she said. “I’m only talking about this case.”

(Hutton became the target of other personal criticism this week on a Colleyville website. “That’s about things in Colleyville,” she said. “It doesn’t have anything to do with this race.” Wallace said he didn’t know anything about the website “and I don’t want to know.”)

Some campaigns are more about politics than justice.