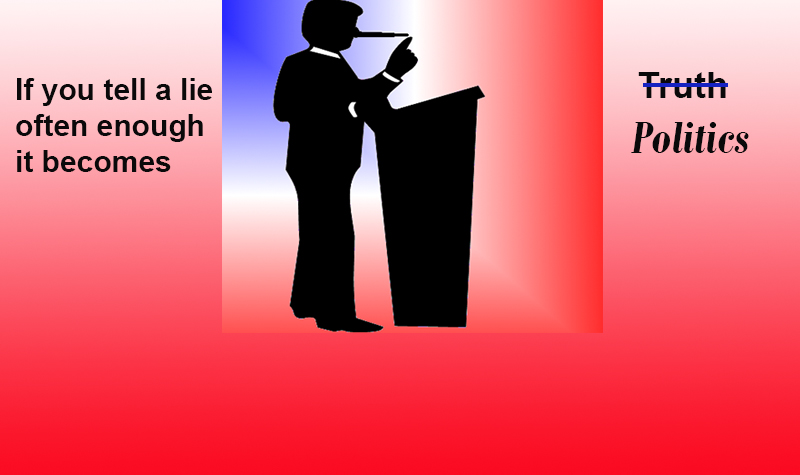 Email lists have been taken from non-partisan clubs like the Lions Club, Rotary Club, Garden Club and Suspected from City of Colleyville

The vast majority of citizens receiving this email never HEARD of Mark Henderson….therefore it begs the question HOW does he have YOUR email?  Citizens from various Charity and Social Clubs have told LNO the email HAD to come from their lists, however others indicated, the email receiving this political slant, have indicated the ONLY place they believe their EMAIL came from was on documents with the CITY, which, according to the Texas Attorney General, would be a CRIMINAL ACT!
It is time for a change at CITY HALL…now in RESPONSE to the most recent email; this EDITORIAL.
by Nelson Thibodeaux, an EditorialResponse

Here are some issues being raised in this campaign and my understanding.

The Tarrant Regional Water District (TRWD) sells the water to the Trinity River Authority (TRA) who processes the water and sets the rates for cities like Colleyville which are then passed on to the citizens.  We don’t control this process, nor make a profit.  However, Colleyville does have a tiered rate system, so the more you conserve, the lower your rate.  What exactly can Bobby, Richard and Tammy do about it?  I have never heard their plan. We had one high water bill last summer but our water bills are the same as any other year… we have a large yard and pool.

The author fails to disclose the city made $1.8 million in profits in 2015 on WATER.  Secondarily the author fails to identify the fact this tiered system is punitive against lower density property owners in favor of HIGHER DENSITY.  Finally, if the water rate was the same per gallon for EVERY citizen then the less you use the less you pay.
Now you have heard a FAIR PLAN, plus the CITY OF COLLEYVILLE, should not be making a PROFIT from WATER BILLING!

Challenger’s Issue #2:   “Mayor Kelly is in the real estate business in Colleyville”.

Perhaps this is meant to cover indiscretions with a tragic circumstance.  Every citizen prays for the recovery of Debbie Kelly and it is shameful to try to make this a political issue.

The recently adopted Comprehensive Plan simply continued the 1998 and 2004 Comprehensive Plan’s density standards and it was a two-year process with input from citizen groups, neighborhood town halls and many committees.  The city council DID listen to the majority of the citizens many times and approved the Plan. It also listened to Bobby Lindamood and his friends and responded appropriately, making some edits to the Plan (recognized by Bobby during citizen comments on 12/15/2015).  Go to www.Colleyville.com (our city’s website) to learn more.

Continuing to say the NEW Comprehensive Plan passed AGAINST THE WISHES OF HUNDREDS  that showed up for the hearings, hasn’t changed simply DOESN’T make it so, no matter how many times the incumbents attempt to hide behind this LIE.  The way density is calculated WAS CHANGED from NET to GROSS, allowing for as much as 20% to 25% HIGHER DENSITY, in THIS Comprehensive Plan versus the previous MASTER PLAN.

Challenger’s Issue #4:   “Against high density… the Villages of Colleyville.

This LIE just got BIGGER.  Finally the Editor of LNO gets slammed!  First fact is the Village of Colleyville was designed, when passed by the 1999 Council, to be primarily a COMMERCIAL project, for potential sales tax increases….NOT A RESIDENTIAL AREA.  The project was passed WITHOUT A CITY HALL OR LIBRARY, which had been planned for more than 10 years to be part of downtown Colleyville BETWEEN HALL JOHNSON AND GLADE ON THE EAST SIDE OF THE HWY 26.

However, recent councils adulterated initial plans by adding more and more HIGH DENSITY RESIDENTIAL.  In fact, THE CURRENT INCUMBENTS, changed the high maximum density EVER HIGHER, when they voted to change the number of residential properties from 100 to 200 in the Village of Colleyville.  As well, the incumbents passed the first APARTMENT project in the city on COLLEYVILLE BLVD. , at the entry to the Village of Colleyville.  Finally UNLIKE the COMPREHENSIVE PLAN PASSED BY THE INCUMBENTS, there was never a “Majority of Citizens” against the plan.  In fact the Plan passed on a 5 to 0 vote by City Council.  At that time Mayor Newton only had veto power, and a veto would not stand up against a 5 to 0 vote by the city council.

Challengers want the City council to pass a resolution in opposition of Tex Rail. My wife is an attorney and she states that a resolution has no legal effect and cannot stop the railroad from exercising their property rights. The railroad has owned the track of land which runs through Colleyville since the 1800’s. FYI…We live by the train tracks, just off L.D. Lockett.

So what are the Challenger’s legal options? Grapevine and North Richland Hills have approved rail stations by their voters.  Two choices:

Once again, the author’s wife is AN ATTORNEY…..put 3 Attorneys in a room and get 3 different opinions.  This is another “cover up” to the real intentions of the incumbents, with their representative, Michael Taylor, on the Regional Board, to hide their support against the wishes of the majority of citizens.  Now the incumbents are throwing out ridiculous solutions conjuring up bogeyman lawsuits from other cities, if Colleyville expresses a desire NOT to have 60 COMMUTER and DIESEL FREIGHT TRAINS, barreling through Colleyville DAILY!

The issue is WHY did the INCUMBENTS, refuse to recall their initial Resolution SUPPORTING THE RAIL (nothing to do with the Train Station).  Councilman Putnam offered a Resolution NOT TO SUPPORT THE RAIL, as the official position of Colleyville.  However, Mike Taylor and the Incumbents did not want Colleyville to be out of step with their REGIONAL PARTNERS.   Colleyville citizens WILL NOT HAVE THEIR VOICES SILENCED, by some “unelected” Regional Tribunal.  Regardless of what the REGIONAL group says, if the citizens of Colleyville DO NOT WANT THE RAIL BLASTING THROUGH THE CITY 60 TIMES A DAY, we have EVERY right to have our City Council  PASS A RESOLUTION THAT SAYS THAT.  It is very possible, we will get other cities to join our protest against this obtrusive intrusion into our daily lives.

Do the Challengers understand that both of the above options will require a Court order following a lengthy trial? Grapevine and North Richland Hills will surely file suit against us too.

ONCE AGAIN ANOTHER BOGEYMAN SCARE TACTIC JUST LIKE THE ABSURD “DALLAS AND AUSTIN” INFLUENCE CLAIM BY THE INCUMBENTS.
Seriously, Colleyville has had 11 years of this sort of leadership that seeks to please REGIONAL PARTNERS instead of the wishes of its own CITIZENS!

If you don’t want to give up your voice, be intimidated by bogeyman tactics and absurd claims of lawsuits, or want transparency at a City Hall, that does not give out private emails to help a group of incumbents;  then ask yourself why the incumbents are so desperate to hang on, (for 14 years if re-elected), to a non-paying City Council seat, then I recommend you vote for Tammy Nakamura Place 1, Bobby Lindamood, Place 2 and Richard Newton, Mayor.