The Grapevine Lady Mustangs (20-7-3) 2-0 halftime lead was not enough to hold off the Frisco Centennial Lady Titians (22-2-2) in the second half of the State 5A Girls Soccer championship game played Apr. 16 in Georgetown. After halftime the Titians scored 2 unanswered goals tie the game at the end of regulation play. The tie resulted on the playing of two 10 minute Overtime periods in which neither team scored. The teams then played a Penalty Kick Shootout which the Titians score 3 goals to the Mustangs 1 for the win. The final score was Mustangs 2 Titians 3.

Be sure to check out the YouTube video of the game HERE. 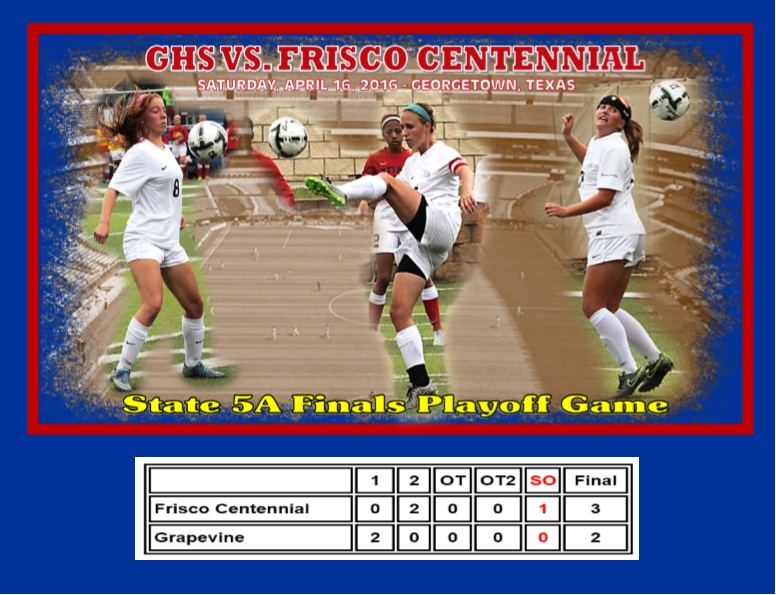