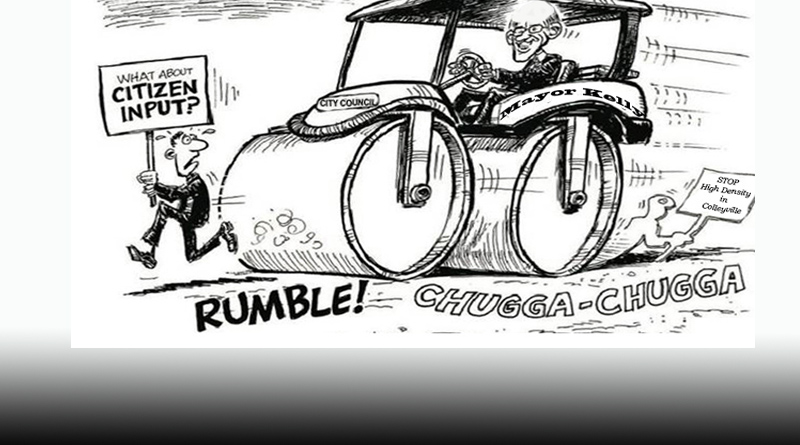 David Kelly,… Mayor reign of terror lasted 11 years, during that time he made insider information secret and citizens harassed at the podium

BUT WAIT. KELLY WANTS TO BE THE MAYOR OF COLLEYVILLE AGAIN!!!

As a reminder of the philosphy of EX Mayor David Kelly is the following posed in 2003 by Local News Only.com

Strategy Shift in 2016, Mayor Kelly Tries to Suppress Competing Voices by Protocol…2003 A Mayor Tried to by Veto

Recently an estimate was made of citizens appointed to various Boards by the City Council.  The high point of appointments had been 123 citizens, today’s council and Mayor have appointed about 50% of this amount during the Kelly Administration.  In the past Mayor Joe Hocutt attempted to block  citizens he considered “undesirable,” through a Mayor’s veto power.

In addition to limiting appointments to key Volunteer positions, such as the P&Z, Mayor David Kelly tried to curtail any criticism via an alleged Change in Council Protocol.

However, using the FOIA request, LNO requested at when and what Resolution was used that allowed Mayor Kelly to change 50 years of council protocol.  The response was a Resolution from 1988 that the council has worked since that date; with no other Resolution or Changes.  Below is the Mayor’s attempt to suppress the Colleyville Citizen’s voice of Claudia Bevill.

The following was written by former Southlake Mayor and long time political leader Andy Wambsgann and is posted her via his permission. “I just reviewed this video and too be frank am disgusted if that is actually the policy/practice in Colleyville when it comes to suppressing critical verbal speech.  Whoever came up with the idea to only allow criticism in writing is an embarrassment to their community.  I don’t know which competing political side is right and which is wrong on issues facing Colleyville as I live a couple of miles away and am engaged more with the issues in my community.  There are many smart friends/people in Colleyville and you will work those issues out.”

“However while I have always tried to refrain from being critical of other cities, when it comes to how they run their business, this episode requires comment.  I have served most of my adult life in some form of public service at the local/national level–most recently as Mayor in Southlake and on council here and other positions.  In all my service, I don’t remember a more disgusting scene where a soft-spoken respectful citizen is shut down for being critical of her city or its leadership.”


” If that is a Colleyville policy to only allow critical speech or commentaryh to be in writing then every elected official that supports that needs to to resign because they are not serving their community well.  I recall being critiqued and criticized plenty of times during council meetings over 20 years and usually, the person complaining, was off base or just a mean spirited person but you let everyone have their say within the allotted time and move on.  What council or city leadership is so insecure and weak as to not allow critical comment from their own citizens?  This is unbelievable and unprecedented in my years of service.  If this is actual policy/practice in Colleyville then it needs to be changed immediately.”
While at the following meeting,  Mayor Kelly did not interrupt any of the speakers that defended the free speech of Claudia Bevill.  One is left to speculate is it more about the election cycle or the backlash of citizens than a change of heart?  Mayor David Kelly is up for re-election, seeking to have 3 more  years, making his stint as Mayor 14 years.  The question is, if re-elected, will Mayor Kelly revert to his new found policy to suppress free speech?

More to come on LNO