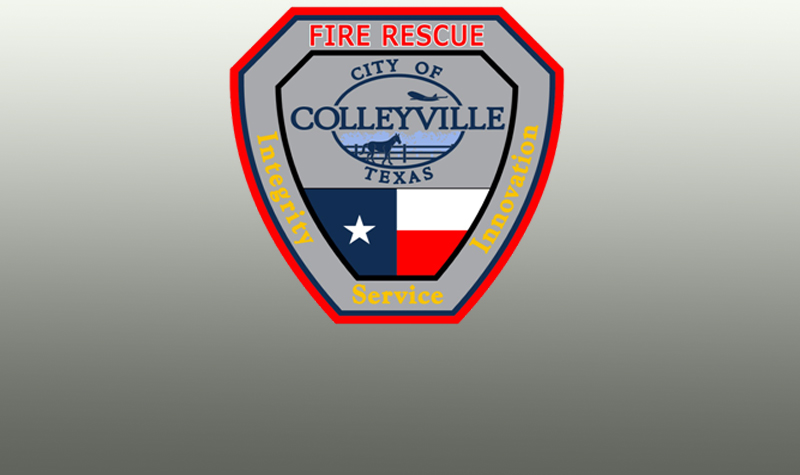 DEDICATED IN 2006…ANOTHER OPEN HOUSE IN 2016 COLLEYVILLE FIRE DEPARTMENT

Every year the Colleyville Fire Department (CFD) opens its doors to provide a behind-the-scenes look at fire operations and peek into the work lives of Colleyville firefighters. This year’s open house takes place on Saturday, May 14. Doors open at 10 a.m.; festivities end at 1:00 p.m.

Colleyville Fire Stations to be dedicated

Central Fire Station
The city of Colleyville plans a double take with dual groundbreaking ceremonies for two new fire stations on Saturday, Dec. 30 at 9:00 a.m. Concurrent construction is scheduled to begin in early January for the Central Fire Station and Fire Station No. 2, located at 5209 Colleyville Boulevard and 5212 Pool Road, respectively. Groundbreaking ceremonies will begin at the Central Fire Station location and end at the Fire Station No. 2 site. The event is open to the public.
The new stations are a result of Colleyville’s phenomenal growth during the past decade or so. We’re very pleased to be able to construct two stations simultaneously in an effort to provide even faster response times on fire and emergency calls as a public safety measure,” stated Colleyville Mayor David Kelly.
Construction of the new stations represents the replacement of an existing fire station and the addition of a third. Voters approved the construction projects in the 2005 bond election.

The dual projects integrate the city’s strategic plan for fire protection regarding placement of fire stations to speed response times for fire and emergency calls.

The stations are anticipated to be operational in late 2007 or early 2008. Administrative offices for the fire department will be located at the Central Fire Station.
With more than 23,000 residents, Colleyville’s population has increased more than 50 percent since the early 1990s. Until 1984, the city’s fire and rescue operations were handled by an all-volunteer department consisting of citizens, city employees, and teenagers who served as a junior auxiliary.

In the next few years, the city of Colleyville plans to add 12 firefighters to the department and an aerial ladder truck. Construction of the new stations, and additional personnel and equipment will be paid through a one-cent adjustment to the tax rate, coupled with effective debt management.