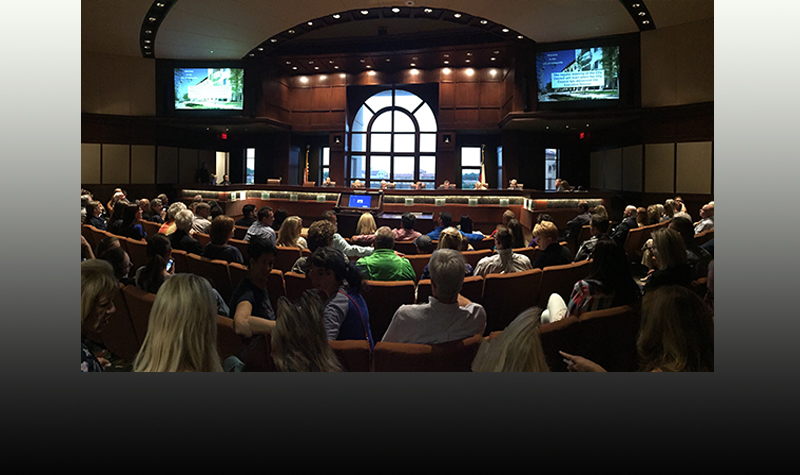 In his last official act as Mayor, David Kelly, 3rd from right, called on Mike Taylor to present recognition for service awards to Carol Wollin, Chuck Mogged and the Mayor. The reception  for departing members was held before the “Pre-Council” meeting. 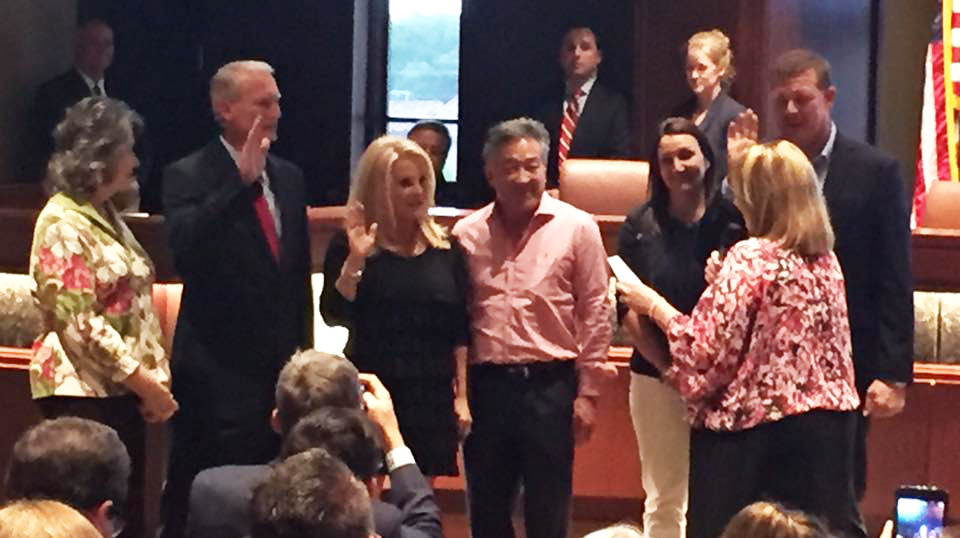 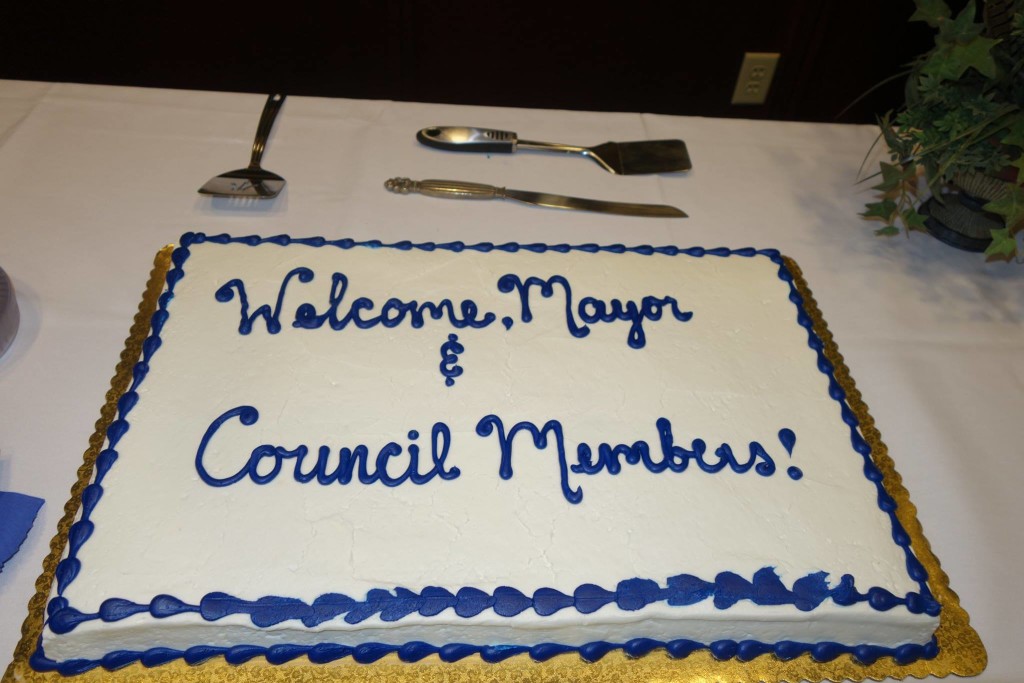 Kelly proceeded to chair the “Executive Session” and “Pre-Council,” however, after he announced the Swearing In of the three new members, he  departed prior to the separate reception held for in incoming elected officials. 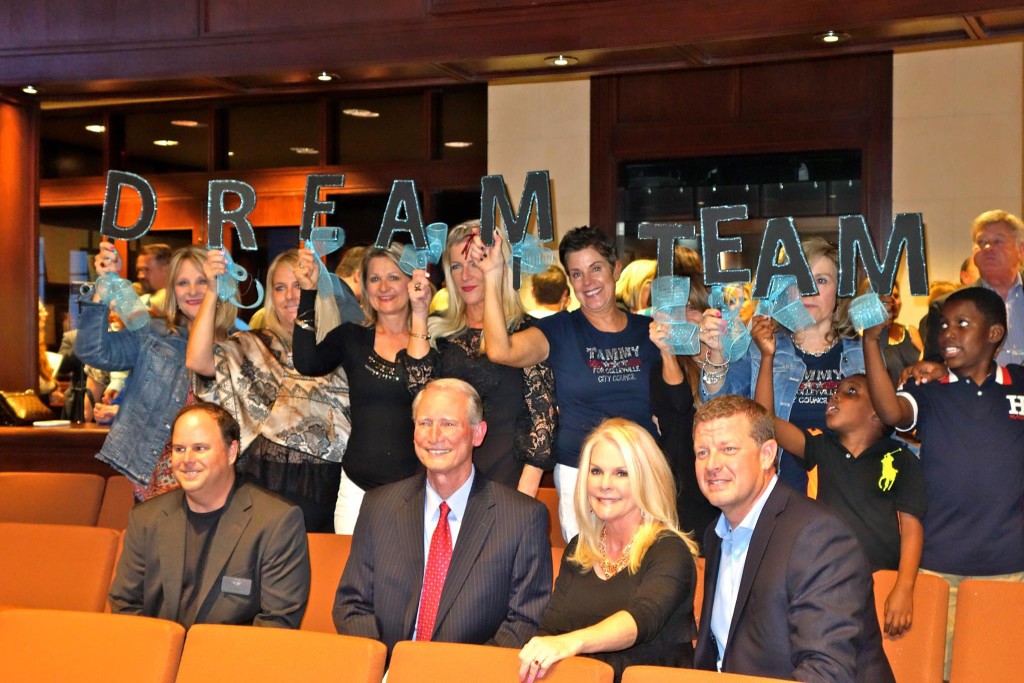 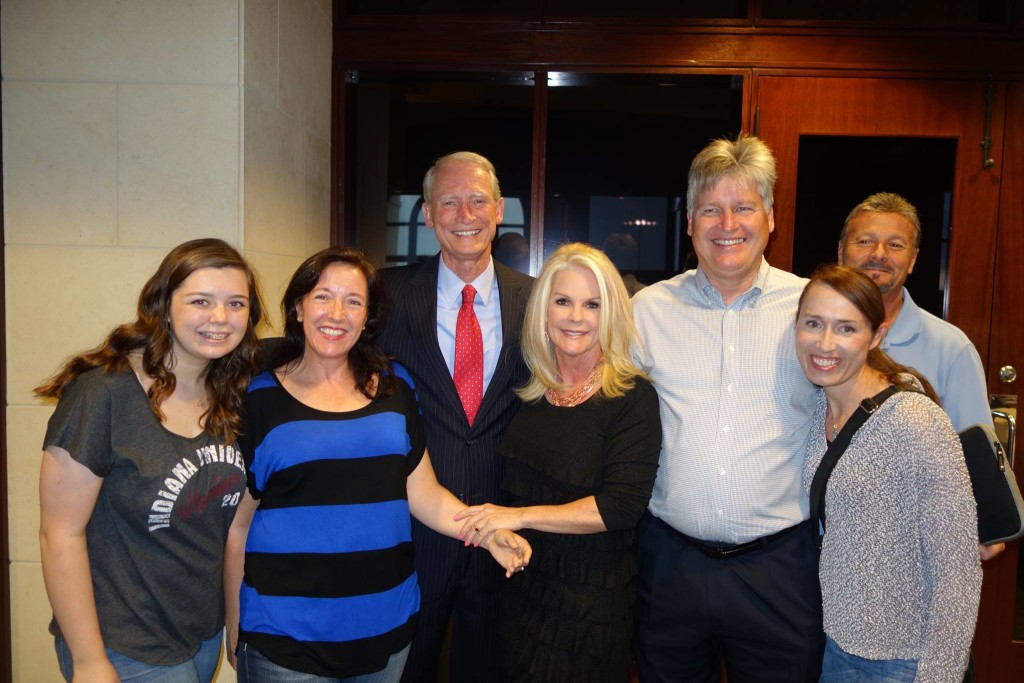 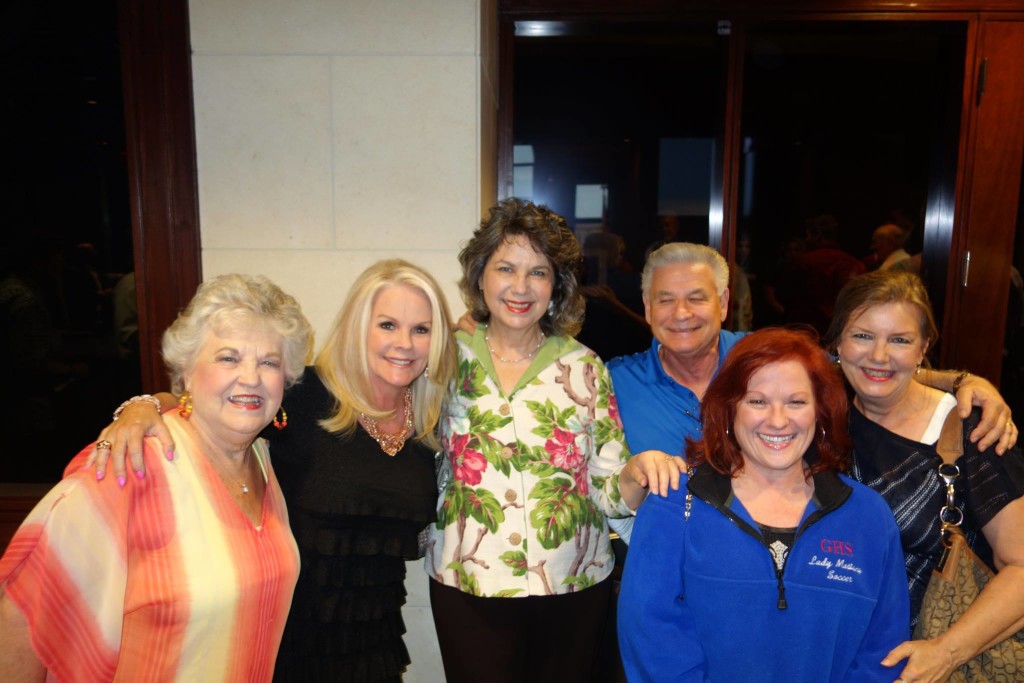 Immediately after the reception, Mayor Newton and the two new council members took their places behind the dais, in front of a large crowd of supporters. 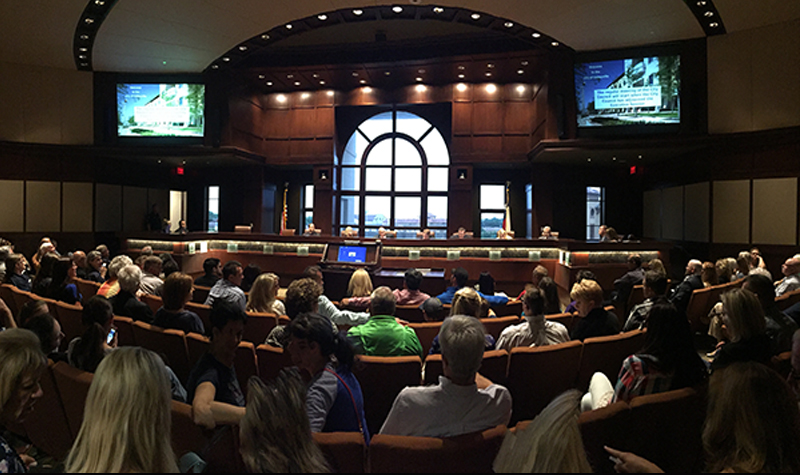 First order of business was the nomination and voting for Mayor Pro-Tem. Chris Putnam was nominated to replace Mike Taylor and elected as the new Mayor Pro-Tem on a unanimous vote.
The next order of business, was the promise of the Candidates just sworn in to the voters; a Resolution opposing Tex Rail and it’s planned intrusion virtually splitting the city of Colleyville.

The discussion on the Resolution was primarily Mayor Newton explaining the position of the City is based on his input during the campaign, while Mike Taylor continue to pontificate for approximately 20 minutes, initially concerning the fact that the City of Colleyville only made up 6.7% of total population, (of the Regional Transportation Committee),the fact the following councils could change the Resolution and in general asking the Rail Station be separated from the overall Resolution that expressed general opposition to Tex Rail.

Putnam further pointed out that even the authors of the Tex Rail effort had stated there would be no substantial improved impact to the environment and no impact on traffic congestion via the building of Tex Rail.  Further, the tracks, as currently constructed, would  change substantially since the existing rails would be removed to accommodate rails that could carry substantially more diesel train traffic.

Taylor countered that these tracks were here long before any of those living today and that those who purchased homes near the tracks did so at their own peril, indicating no sympathy for homeowners who were concerned about the amount and type of rail traffic that they would be subject to daily.  Taylor had previously stated in a debate, prior to this meeting, that those who, “clean our houses or wait on our tables,” needed a way to get to Colleyville via Tex Rail, of course with no Train Station they would have to walk from Grapevine.  The train station would require an investment from sales tax additional revenue and Colleyville is currently maxed at the state allowed maximum.

Finally Mayor Pro Tem Putnam “called the question,” and Taylor objected saying that the Mayor “had agreed” to split the train station from the actual Resolution opposing Tex-Rail.  Mayor Newton pointed out he had not agreed to the position Taylor was speaking for and, further, there had been no motion made at the dais.  A vote was taken on the “Call the Question” (to end the debate) and it passed unanimously.

A final vote was taken on the Resolution with those in support: Mayor Richard  Newton and Council Members, Tammy Nakamura, Bobby Lindamood, Chris Putnam and Nancy Coplen.  Those opposed to the Resolution stating the city’s opposition to both the train station and the Tex-Rail project were; Jody Short and Mike Taylor.

Taylor, it was discovered, had been voted onto the NTOG’s RTC Committee, only the week before based on a letter from then Mayor David Kelly, and ratified by 7 of 10 participating cities.  Apparently the only qualification is to be elected to office and a letter from the Mayor and the RTC independently vote their own members onto the RTC.  Taylor is now charged to go back to the RTC and take the position that Colleyville is in opposition to the Tex Rail project.