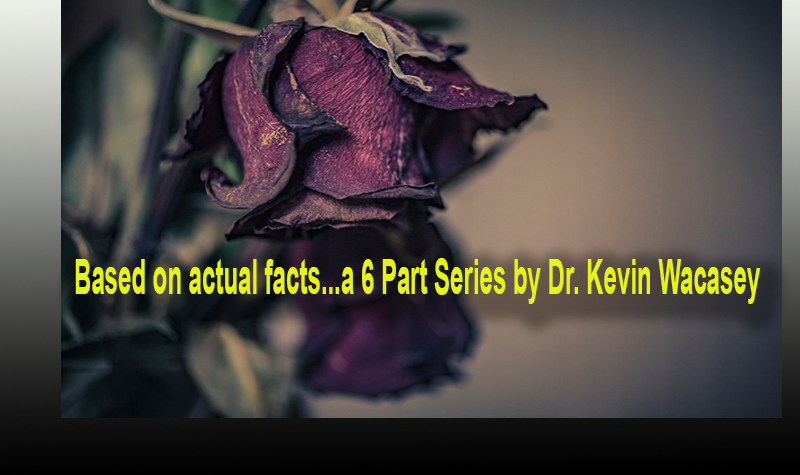 A COUPLE OF DAYS after I first called the Fort Worth Police Department using my English accent, on March 21, 2001 I went downtown and, as requested headed straight for the Homicide Division. This time – speaking in my normal Texas twang – I spent two hours talking with Officer Sarah Jane Waters and Sgt. Skeeter Anderson. To introduce myself properly I gave them some background about my education, training, and certification in Emergency Medicine.

Among the other things that I previously detailed in Part 1 of this series, we talked about the overall generally substandard care that I had witnessed since I had started working in the John Peter Smith (JPS) hospital emergency room a year earlier. The high point – or perhaps lowest depth – of which had been the events of December 26, 2000, when Dr. Lyida Grotti had suffocated Lettie McGhee.

What really piqued the interests of these two seasoned investigators however was the fact that the formal “Peer Review” investigation of Dr. Grotti that had been conducted by JPS had resulted in – nothing. Nada. Zilch. Grotti was still happily practicing medicine, and tending to patients within the hospital’s confines as the Chief of the Critical Care Service. Like me, the detectives were more than a bit unnerved by the fact that the hospital had never relieved Grotti of her clinical duties, even while she was under investigation.

After hearing my story both Waters and Anderson agreed that it sounded like Dr. Grotti had committed a crime, and closed our meeting by promising to open an investigation. But as I stood up and shook both of their hands, I took it upon myself to admonish the detectives. Because even they weren’t aware that there was a huge conflict of interest that would need to be resolved before proceeding.

At this point, please allow me to digress once again, and explain a few things.

JPS was (and still is) just another name for the Tarrant County Hospital District, a unit of the Tarrant county government. And when Tarrant county – or one of its departments – gets sued, it is defended by the law office that works exclusively for the county – the District Attorney.

But therein lies the rub. In Texas, each county’s District Attorney handles the prosecution of criminal acts – from misdemeanors to murder. So what this meant for the police was, that although they could conduct an investigation into the misdeeds going on at JPS, an impartial prosecutor – in essence another county’s District Attorney – would have to handle overseeing and then trying the case.

To which both officers likewise agreed, but not without a catch. Because, Detective Waters told me that in order to secure a special prosecutor they would first have to run it by the Tarrant County District Attorney.

I remember leaving that meeting with a sense of quiet relief; like I had stepped back into reality. Not because (as I would later be accused of) I had some kind of a personal vendetta against Dr. Grotti – I barely knew her. It was because these two professional law enforcement officers had shared my shock and disbelief at the series of events that had led to my meeting them, and had taken it seriously enough to begin a criminal investigation.

As it turned out however, the fox was still in charge of the henhouse, only this time at a much higher level. And I got introduced to a whole new episode of The Twilight Zone when I received a call from Detective Waters on Friday, March 30, 2001. In an exasperated tone she said that they had completed a preliminary inquiry, and had found enough evidence to open a formal Homicide investigation. So she had met to discuss the case with Tim Curry, the District Attorney for Tarrant County, in the full expectation of having a special prosecutor appointed to be in charge.

That would never be though, she said as her voice grew more and more disgusted, because DA Curry had told her something to the effect that Dr. Grotti’s actions in blocking the airway of an already dead patient did not constitute a criminal act. Instead, he had told Detective Waters to turn over her findings to the American Medical Association, or the Texas State Board of Medical Examiners, since they would have jurisdiction to determine whether Grotti had done anything wrong or not.

At the end of that conversation my head was literally spinning. “What the hell is going on?” I couldn’t stop asking myself. “Is this the place where I grew up? Where I want to stay, and raise my family? Where the law doesn’t matter, and good ole boys can – literally – get away with murder? I mean, if I were to put a pillow over someone’s face, or squeeze their neck with my hands until they couldn’t breathe any more, wouldn’t that be the same as – putting my thumb over the tube they were breathing through? After all, isn’t murder by any other name still…murder?”

As it would turn out, yes. Less than six months after the Fort Worth Police Department were called off by the Tarrant County DA, they would be put back on, in a real-deal, full-scale investigation into Dr. Grotti’s treatment of Ms. McGhee on that fateful December morn. Only this time with the aid of a special prosecutor from Houston.

But tragically, not before the good doctor would have at least one more chance to strike again. Because less than a week after Detective Waters informed me that the investigation had been shelved, on April 4, 2001 Grotti gave a 33 year old ICU patient whom she’d declared “brain dead” a lethal dose of…morphine.

Coming up next Part 3 – UNWANTED – Dead, or Alive