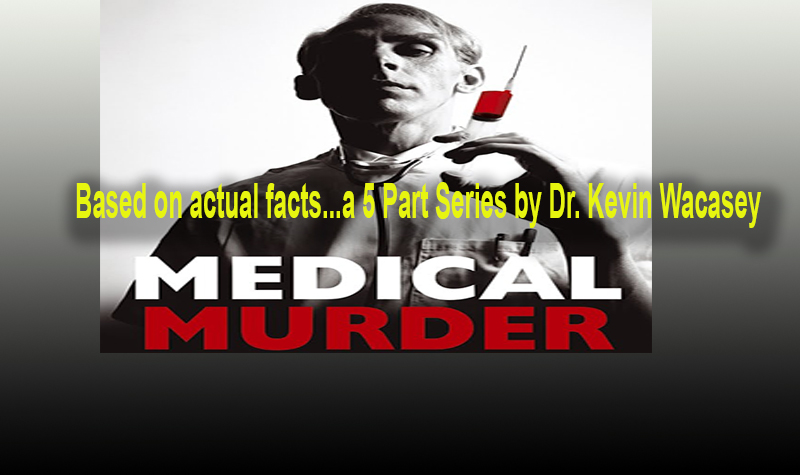 The corporate practice of medicine is, not to put it too mildly, a horrible idea. So much so that most states have laws that define and then restrict, if not prohibit it. In fact, my home state of Texas has some of the strongest bans against the model of doctors working for non-doctors, with court decisions that go all the way back to the 1970’s.

And yet, the corporate practice of medicine is alive and well, and has now become the rule, rather than the exception, of medical practice throughout the land.

The following true story is intended to illustrate the perils of corporate healthcare; specifically why doctors should never have to answer to an employer, or at least to non-physicians. Because, if I have a duty to my patients, then where does my “duty” to my employer fit in?

Well, I’m living proof of what happens when those two ideals come into conflict. Read on to see what happened to this physician, when I stood up for patients.

FIFTEEN years ago today I finished a busy shift in the John Peter Smith (JPS) hospital ER, sought out a payphone downtown, disguised my voice with my best English accent, and made a call to the Fort Worth Police.

I told them about a fellow physician who had killed a patient.

I admitted that yes, I was a doctor as well, and understandably wanted to remain anonymous. But the detective wouldn’t take me seriously, so a couple of days later I went down to the central station and made a formal statement. What I said to the seasoned chief of the homicide division made him shiver.

I relayed how in the early morning of the day after Christmas, 2000, 64-year-old Lettie McGhee had gone to the JPS emergency room complaining of a cough. When she collapsed in the waiting area she had been brought back immediately, resuscitated, and put on life support.

Then the ER physician who had saved her called Dr. Lydia Grotti, the critical care specialist on duty, to come and admit Ms. McGhee to the ICU.

As the old saying goes, hang onto your hats. Cuz here’s where things get really interesting.

Because when Dr. Grotti arrived in the ER, she didn’t fill out admission orders and call to have the ICU staff prepare a bed. Instead, she unplugged the IV, turned off the ventilator, and pronounced Ms. McGhee dead.

Or I should say that she wasn’t dead, in the strictest sense of the term. See, after a brief, bedside assessment Grotti had decided that Ms. McGhee was brain dead, and that her prognosis was “abysmal.” So the good doctor avoided the hassles and paper work of admitting someone who, in her opinion, was already gone.

But Ms. McGhee was still breathing; or at least as much as she could on her own through the airway tube that had been inserted during CPR. And she continued to breathe for the next hour, until the ER staff still tending to her decided they couldn’t ship her off to the morgue without being really – dead.

So when they called Grotti to notify her of the situation, she came back down to the ER and – wait for it – put her thumb over the end of the tube that Ms. McGhee was breathing through.

For somewhere between one to five minutes, depending on whose story you believe.

Because Grotti didn’t do this while everyone was looking the other way. Nope. Several other folks, including a resident physician, were present in the room and witnessed everything. Even as she suffocated the patient who – brain dead or not – was still making every effort to survive.

Now I will not comment on the fact that no one in that room had the intestinal fortitude to forcibly stop Grotti in the act. Nor will I judge how they didn’t possess the moral courage to let anyone in hospital administration know what had happened. No, that had to be done by the ER physician (and it wasn’t me) who had saved McGhee in the first place, when he got ticked off after hearing what Grotti had done.

Just suffice to say that every one of those eyewitnesses were all put through the proverbial wringer during the investigations that resulted, the first of which – ironically – didn’t involve the police at all.

Allow me to digress: when physicians are suspected of having quality of care issues, hospitals and other healthcare organizations can resort to an internal mechanism called “Peer Review” to investigate.

In essence, when medical mishaps, misconduct, or malfeasance is alleged a group comprised of fellow doctors (their peers), nurses, or even hospital administrators are convened and given the responsibility for acting as judge and jury for the physician involved.

And the power they wield can be significant – because the Healthcare Quality Improvement Act (HCQIA) of 1986 granted federal immunity from legal liabilityto anyone who participates in a hospital Peer Review activity.

In fact, the HCQIA did a lot more than that. Anything and everything that gets labeled as Peer Review by a hospital is exempt from legal discovery, and in all but the rarest cases not even a court order from a judge can unseal Peer Review documents or findings (I’ll elaborate more about the questionable Constitutionality of this in my book).

This self-contained court system was created out of a desire to keep sensitive records away from plaintiff’s attorneys, who might profit handsomely off contention within the medical ranks.

While this may sound like a laudable goal, what has resulted is an extremely powerful and secretive system of self governance that essentially answers to no one. The heaviest criticism of this process has been directed toward the possibility of physicians who fail to live up to the “good ole boy” club within hospital politics being persecuted, or for its potential use in squashing physician competitors by running them out of town, or at least the hospital.

But this is a slippery slope; sort of like appointing a fox to investigate the chicken coop. Because in cases where a physician’s conduct is embarrassing to the hospital, or even criminal, Peer Review could also be used as a means of sweeping any resulting bad patient outcomes, right under the rug.

Which is exactly what happened with Dr. Grotti’s treatment of Lettie McGhee. Instead of reporting this crime to law enforcement, JPS officials conducted their own Peer Review investigation. And after two month’s worth of interviewing witnesses and examining the evidence, her “peer” investigators arrived at the conclusion that Grotti had done nothing wrong.

When I heard about their decision on March 15, 2001, I was in shocked disbelief, like I had stepped into the Twilight Zone. There was only one thing to do. I decided it was time to call the police.

And that’s when things really got interesting.