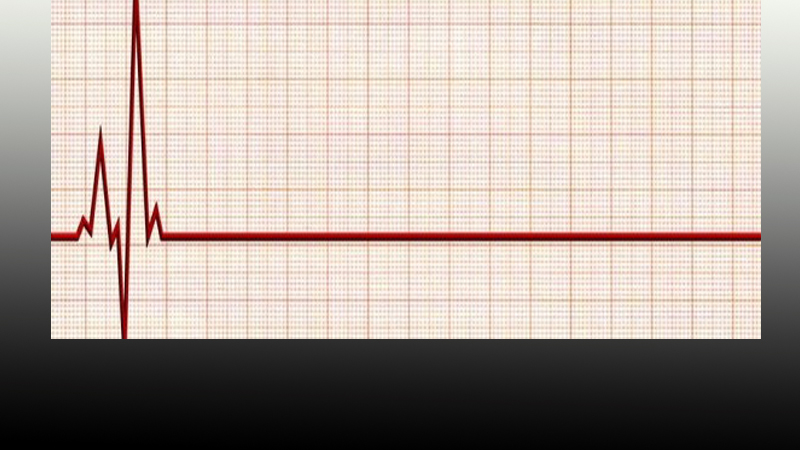 As an Emergency Physician, I learned the criteria for pronouncing death at the bedside early on in my training, and it is a rather straightforward process, conducted easily – and rapidly – with no special tests or tools required.

While there are several, for-sure signs that death has occurred, in essence, the best way to determine a patient’s demise is to consider a combination of three things: if there is no pulse, no respiratory effort, and the pupils don’t respond to bright light, then after a few minutes that patient can safely be pronounced dead.

But of course, if all three are not true then I would be hard put to declare a patient dead. At least not from a clinical standpoint, since extreme illness can cause someone to be totally unresponsive to efforts to wake them, the voice of a loved one, or even to pain, and yet look as though they are just resting peacefully.

But could a patient who appears so alive be really…dead?

It is possible. Because even when all other, higher brain functions have stopped, our autonomic nerves can maintain breathing and a heartbeat – indefinitely.

In my 22 years of practicing medicine, I have pronounced hundreds of people “dead.” Not one of them were breathing at the time however. On the occasions when there was any question of possible death, I have always admitted those patients to the hospital, and turned over their care to specialists in the critical care setting.

After all, the mark of a good ER doc is knowing when to leave it up to the “experts…”

Part 3 of Proof of Death

ON THE MORNING OF April 4, 2001, Charles Wood O’Keefe got up and took his usual morning dose of insulin. “Woody” to his family and friends, was 33 years old and had been a diabetic for 20 years.

That morning he was careful to skip his breakfast though, because he had an appointment at a local John Peter Smith (JPS) clinic to have fasting blood work done. So Woody had been instructed not to eat anything.

It was the last time he would ever have a chance to.

Before the clock would strike midnight again, he would be lying dead in the JPS Intensive Care Unit.

The human body uses sugar, or glucose, as its primary source of energy. A constant, second-by-second supply is needed to ensure the proper functioning of active cells and tissues within the body. Especially the heart and the brain, both of which can sustain significant, permanent damage if starved of glucose for too long.

Therefore maintaining a proper amount of sugar in the bloodstream is vital, and in healthy people these levels are kept within a normal range of 70-100 milligrams per deciliter (mg/dL).

In Type I diabetics like Woody though, blood sugar can become dangerously high due to a lack of insulin, the main hormone responsible for lowering blood sugar levels.

And since Woody could not manufacture enough insulin he had to take supplemental injections of it daily. But over the next few hours on that fateful morning in early April, the combined effects of not eating any breakfast, along with the dose of insulin he had taken, produced a dangerously low blood sugar in Woody.

The first sign of trouble occurred after he got back home from the JPS clinic. He became sleepy and confused, and his family suspected his blood sugar must be low. After an hour’s worth of trying to correct the problem at home, an ambulance was called.

Upon arrival the paramedics found Woody’s blood sugar to be 22 mg/dL. They started an IV, gave him a large dose of intravenous glucose, and transported him to the JPS Emergency Room.

What happened next is, even after a thorough review of the medical records, foggy at best.

According to the triage note, Woody got to the ER at 2:50 in the afternoon. He filled out his Consent for Treatment form, and although the triage nurse wrote that he was lethargic, he was still able to talk. In fact, he complained of “feeling cold,” a common sign of low blood sugar.

While en route to the hospital the ambulance crew had checked his blood sugar again, and it had been 160. But when he was checked by ER staff shortly after admission, his sugar had dropped again to 25. He was given another one-time dose of IV glucose and put on an intravenous drip with fluids that did not contain any – sugar.

Yet a subsequent blood sugar check an hour after Woody’s arrival to the ER showed a critically high level of 554 mg/dL, an almost certain mistake by either the instrument’s measurement or in the nurse’s recording another patient’s blood sugar on Woody’s chart (I hate to admit it, but these things do happen).

From that point on the emergency room record gets really confusing, and the sequence of events is unclear. Suffice to say that as the afternoon wore on his condition drastically deteriorated, and it appears that no further efforts were made by the ER staff to correct what must have been a critically low blood sugar.

This assumption is supported by the next sequence of events is characteristic of what happens when the body doesn’t receive enough energy in the form of sugar. One by one, Woody’s heart, lungs, blood pressure, and other organ systems became starved, then damaged, and ultimately began to fail. After spending almost four and a half hours in the ER, the critical care team was finally consulted to admit him.

By the time Woody arrived in the Intensive Care Unit at 7:17 that night, he was gravely ill. Intubated, on a ventilator, and showing signs of heart and kidney damage, the cascade of events resulting from his persistently low blood sugar was now threatening his life. By 7:30, Dr. Lydia Grotti was at Woody’s side.

His ICU course over the next couple of hours was extremely unstable, and he was put on special IV drugs to help maintain his blood pressure. His chest X-ray showed fluid buildup consistent with heart damage, and his heart stopped but was revived after three minutes of CPR.

A little before 10 PM Grotti met with his family to review the events of the day, and discuss Woody’s prognosis. She told them that “his outcome would probably be dismal,” and that he had “most likely suffered a significant…injury to (his) brain resulting (in the very least) in a vegetative state.” The family told her that “no one wants to see him like this,” and they instructed Dr. Grotti to withdraw any life-sustaining therapy.

At 10:00 PM Woody’s medications were stopped, the ventilator was turned off, and he was taken off all life support. But for almost the next hour and a half, Woody – just like Lettie Mcghee – continued to breathe on his own; when Grotti removed his airway tube at 11:20 PM he was still breathing a few times a minute.

Finally, Dr. Grotti pronounced him dead at 11:27 PM, and shortly thereafter Charles Wood O’Keefe’s body was sent to the morgue. On the next day, April 5, 2001 a full autopsy was conducted by the Tarrant County Medical Examiner.

Understandably, Woody’s family must have questioned how a vibrant young man could go from feeling fine on the morning of a routine clinic visit, to being dead before the next day dawned. But when they got a copy of the final autopsy report they were stunned – the cause of death was not listed as low blood sugar, a heart attack, or organ failure.

Instead, the official report said that Woody had died of ACUTE MORPHINE INTOXICATION, and the manner of death was listed as ACCIDENTAL.

But in yet one more bizarre twist in this sordid tale, within a few months the manner of death would be revised by the Tarrant County Medical Examiner – to HOMICIDE.

Up next Part 4 – Comfortably Numb