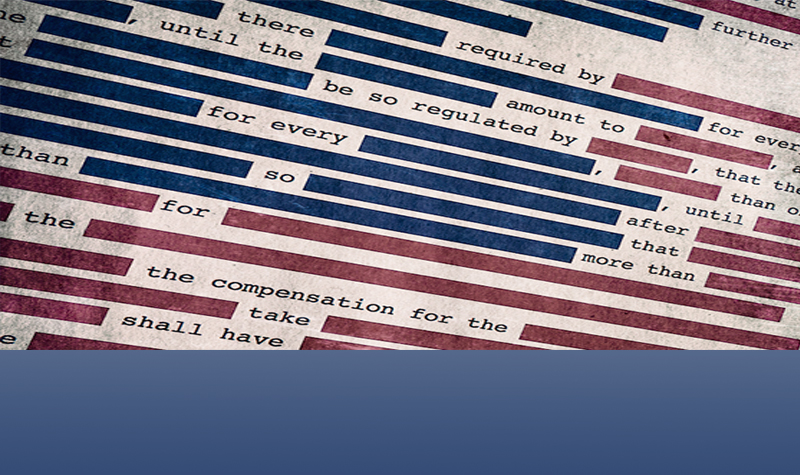 Organization will help in filing appeals to rejected FOIA requests.

Certainly after 2015 and the experiencing a number of substantial frustrations at LNO after attempting to get FOIA requests to the City of Colleyville in a timely response time; much less the City spending thousands of dollars with the City Attorney in what appeared to be an effort to delay information, many times until after a date the information would not be viable to contemporary circumstances,  now comes an organization that is geared to help those requesting government information to determine what government legally hold back.  MudRock notes that 44.9% of the 769,903 Federal Government FOIA requests were either ‘partially or fully denied.”

MuckRock is launching a national database of FOIA exemptions

“One of the things that MuckRock focused on in the beginning was to de-intimidate requests. We want to do the same thing with the appeals process.”
By JOSEPH LICHTERMAN @ylichterman

In the 2015 fiscal year, the U.S. federal government processed 769,903 Freedom of Information requests. The government fully fulfilled only 22.6 percent of those requests; 44.9 percent of federal FOIA requests were either partially or fully denied. Even though the government denied at least part of more than 345,000 requests, it only received 14,639 administrative appeals.

In an attempt to make the FOIA appeals process easier and help reporters and others understand how and why their requests are being denied,MuckRock is on Thursday launching a project to catalog and explain the exceptions both the federal and state governments are using to deny requests.

MuckRock is a  that helps its users file FOIA requests, and cofounder Michael Morisy said that the site is planning to create a “Google for FOIA rejections” which will help users understand why their requests were denied and learn what they can do to appeal the case.“FOIA requests are intimidating to start with, and the appeals process is much more so,” Morisy said. “A lot of people see that initial reaction and think: ‘If I can’t afford a lawyer, then there’s nothing I can do.’ That’s not true. One of the things that MuckRock focused really on from the beginning was to de-intimidate requests and make requesting more approachable. We want to do the same thing with the appeals process.”

There are nine exemptions to federal FOIA law that enable the government to deny requests. Each state also has its own freedom of information laws with their own various exemptions.

When a user files a request through MuckRock that gets rejected, the site will provide context on the rejection, explaining how the exemptions should be properly applied, how other users overcame similar rejections, and sample letters to submit for appeal. It’ll also highlight data on how often each exception is used and how often they’re successfully appealed.

“At the federal level, there’s a lot of discussion and pushback against rejections, and we now finally have some federal FOIA reform. But at the state and local level, what we’ve seen is that more exemptions have creeped in, more redactions have creeped in, worse compliance has occurred, and advocates in those states feel like they don’t have the resources to push back,” Morisy said.

“We hope that that we can map out: Here’s how this exemption is being used, here’s the negative impact of this type of exemption,” he continued. “One of the things we want to study are case studies for why information should be released. I think it’s very easy for opponents of transparency to say ‘here’s the potential harm of this,’ but what we don’t have is a database of the potential good from the release of this information. We’re hoping that we help a lot of individual requesters, but are also shifting the scope of the conversation at a national level.”

For instance, in the wake of the debate across the United States about police shootings, there’s been renewed focus on whether whether police departments should be required to release footage from body cameras worn by officers.

“We’re seeing this over the past year very forcefully with body cams,” Morisy said. “Each state is really wrestling with: Is body cam footage going to be released? How is it going to be redacted? When will it be released? Are there some situations where it should be private? Some situations where it should be public? But if you have body cam footage that’s only open to the police, that doesn’t do a whole lot to encourage trust with the public.”

MuckRock plans to mine its database of the 22,000 records requests it has filed since it launched in 2010 to build out the exemptions listing. It also will ask other journalists to contribute their own rejections.

Morisy said MuckRock plans to spend the next six months or so gathering exemptions. It would like to launch its initial rejection appeal tool by the end of the year and then continue to grow and build the database of exemptions.