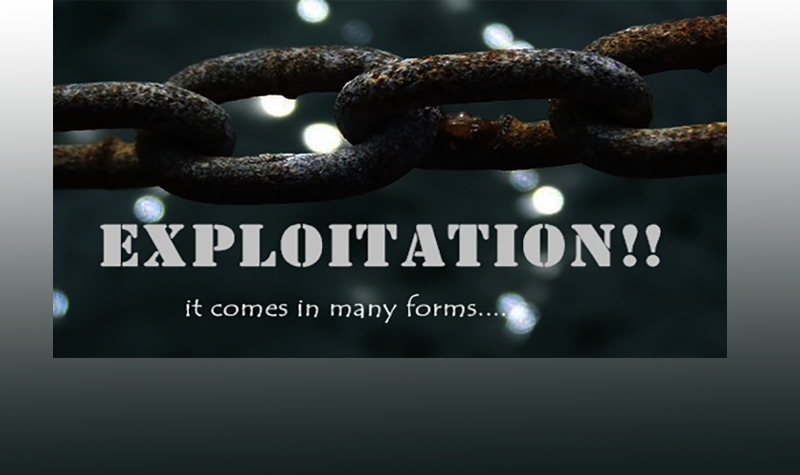 The Henderson Saga Continues with Threat to “EXPLOIT”!

Colleyville, Texas  July 15, 2016
A column (with my opinions) by Nelson Thibodeaux, Editor LNO

“If you inject enough poison into the political bloodstream, someone will get sick.”
Jonathan Freedland

Just to recap to summarize the recent history of this controversy.

1st; Four restaurants in Colleyville, including; Sonic, Red Barn BBQ, La Hacienda and Next Fire Wood Bistro, receive an email from Mark Henderson, a Colleyville resident with offices in Grapevine, that states since these restaurants supported the 3 newly elected City Council members, Councilmembers, Nakamura, Lindamood and Mayor Newton; that Henderson and his wife Pat would no longer frequent their business.  In addition, a comment that Mr. Henderson intended to email his “large” list of emails in the area and encourage everyone else NOT to do business with these restaurants. See: LNO Column Businesses threatened if you don’t roll their way.

2nd: Two owners responded to the Hendersons, Tom Aiken of Next Fire Wood Bistro and Von Husbands of the Red Barn.

3rd:  A former candidate for City Council (ran against Nancy Coplen), Liz Zeitlin writes a letter to all City Council members, after reading an LNO accounting of the above, suggesting that Red Barn and Mr. Husbands should be properly recognized by City Council for his contributions to the community,activity with rescued animals, the purchase of bullet proof vest for a Southlake Police dog and his general support of police in our area.

The Hendersons received a copy of the above email, from deduction appears forwarded by Council Member Mike Taylor.  In turn,  Pat Henderson writes a letter to City Council members claiming that Mr. Husbands made a physical threat to her Husband (see a copy of his redacted comments , in the link below, “for salty language”where there does not appear to have been a physical threat.) Further, she complained to the Colleyville PD to get a “case number.”  Apparently this complaint was quickly disposed of by Colleyville PD. (Note, she is complaining to the Police Department, the same week they are grieving for lost officers in Dallas.)

Pat Henderson sends an email to City Council members stating her claim of a physical threat and that “I  will send this email to as many Colleyville residents as I can.  I have a huge base.  As an officer of the court it is my duty to expose Mr. Husband.” Read Recent Developments in the Saga of Hendersons vs. Colleyville

4th: After receipt of the Pat Henderson email, Council Member Tammy Nakamura responds with an email stating that she thanked Ms. Henderson for her correspondence as a “concerned citizen.”  Apparently this set off even more trumped up rage by Pat Henderson, now bringing “daughters” in the discussion and threatening now Councilperson Nakamura that she would, “like it if your daughter received this email.”
(emphasis by LNO)

Please let me make this very clear…I am not a concerned citizen. One of your big supporters threatened me and my husband. How would you like it ifYOUR daughter received this email? Please answer that question because I will not be silenced by one of your supporters for exercising my right of free speech.

Since my safety as well as my family are at issue I will exploit Mr. Husbands threat.

Sent from my iPhone

One can only conclude with the stated purpose of “exploiting Mr. Husbands (sic) threat,” that the Henderson’s have made this a crusade against Colleyville businesses and certain council members.

It is the opinion, apparently of the Colleyville Police and certainly the Editor of LNO, that while Husband’s response was salty and maybe politically incorrect, there certainly was no physical threat to Mark Henderson; and CERTAINLY not to anyone’s daughter!

So when an attorney using the word “exploit” and asks if “how would you like it if your daughter received this email?”…there seems to be an overly energized bias on Ms. Henderson’s point of view.  Could it be because from a fair and equitable stand point, there has not been even one email to LNO in support of the Henderson’s multiple threats.  Appears to be driven by a bruised ego versus a legitimate complaint.

LNO previously noted that Mark Henderson continued to list, on his website, that he is a “Board Member of the Colleyville Area Chamber of Commerce,”  However, he appears to no longer be on the Board, according to the Chamber Web Site.  Also that he is listed as on the Board of Directors of the Colleyville Executive Organization (CEO), the past “Speaker Chairman” Louis Miller, and the contact listed on the Chamber Web Site is Stan Hall, (that was defeated by Chris Putnam two years ago in the city council election).

(Full disclosure – I am a member of both of these organizations, however after the CEO only provided a speaker’s platform opportunity to Ex-Mayor David Kelly last year and refused to provide any equitable time to those of a different persuasion I have not attended CEO meetings.)  Although in general the CEO has provided excellent speakers, from time to time, but has not escaped the ongoing effort of local politicos to dominate their agenda as well.)

So in this scenario where suddenly restaurants, council members and now where “your daughter” may receive an email, all of this rage, threats of a lawsuit and complaints to the Colleyville Police Department, stemmed from  a threat that was entirely pre-engineered by the Hendersons.

Perhaps they should rethink their position prior to any further attempt to “exploit” a non-existent threat; damage the business reputation of local business owners and threaten to trash out council members.  Perhaps it is time to withdraw from the stage?

Note the following email was made available to LNO from Councilman Lindamood, after the posting deadline and is now included.

I’m sorry for the slow response but I needed to investigate all angles of the emails before I jump to a conclusion.

I too have been a victim of false accusations, and deceit from citizens who took it upon themselves to pass this disingenuous information to their respected neighborhood HOA email list.

My daughters read and herd these same erroneous false accusations when confronted by friends who lived in a certain neighborhood. With reckless regard these same residents kept sending fabricated fibs no matter who it hurt……especially my children. When you have to explain these fibs to a child of 10 and one of 15, why someone would do such a disgusting thing instead of telling the full truthful story, it hurt them to the core. The tears my children shed caused by “some” people will never ever be forgotten.

If only those people would have told the truth without making a huge fabricated fib…..this might have never destroyed my two little girls. Half truths and out right fibs just to gain leverage for personal or political gain….is a total shame. Even from an “officer of the court.”

Also, to be honest – I’m shocked that a person who is a board member of the CEO Club would use such verbiage to discredit and shame local Colleyville business because they didn’t like the fact these business supported my campaign. In my opinion, it was terrible to read the slighted email sent to Next – Sonic – La Hacienda and Red Barn BBQ. These owners love Colleyville and we are proud they chose Colleyville to do business in our town. They should be afforded the luxury of working and serving residents without political pressures.

After talking to Mr. Von about his response – He was disappointed and hurt from your email when he has done so much for our Colleyville community. From my understanding, your letter couldn’t have come at a worse time with the Dallas officers tragedies and Von being such a huge supporter of law enforcement. Therefore he lashed out due to you sending a vindictive attack on his long time business.

I will be supporting Red Barn BBQ. Not because of your personal agendas and Von’s response, but because Red Barn BBQ has been a great business in our community. This “Company” has stood with quality and pride for the Citizens – Teachers – Law Enforcement – Fire Department – City organizations – GCISD – Pet rescues and so much more. This squabble is between your email and Von’s response should be handled with each other accordingly.

One last thing if you will please.

I would hope a resignation would be in order, to keep individuals from using leverage while being a CEO Club representative. This organization has power in the community for businesses and I pray this power has not been leveraged against great Colleyville businesses.