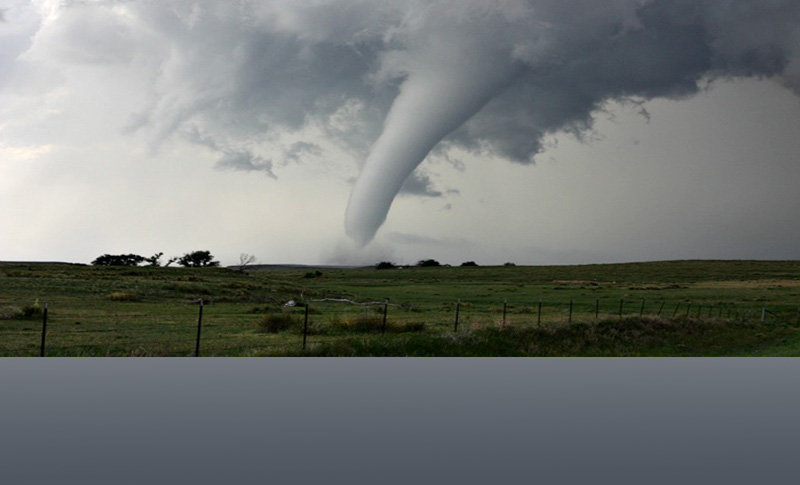 5 States with the Most Severe Weather in 2015 — How Storm-Ready Are You This Year?

Most homeowners, fortunately, will never need to file an insurance claim to repair damages to their home brought on by severe weather, but your odds do increase depending on where you live.

To pinpoint the Top 5 states most affected by some of Mother Nature’s fury in 2015, insuranceQuotes looked at data from the National Weather Service. Included in the data were occurrences of tornadoes, hail and high winds — all three of which can lead to large claims on your homeowners insurance policy.

It appears things are definitely bigger in Texas when it comes to inclement weather. It took the No. 1 spot on our worst weather list.

Texas, not surprisingly, also had the dubious honor of having the most weather-related insurance claims of any state, leading the nation in 2015 with 466,250 claims. Those claims totaled more than $3.2 billion and did not include catastrophic flooding.

Indeed, 2015 was a big weather year for Texas, but not necessarily an unusual one.

“Texas has had a significant number of catastrophic weather events over the last couple of years,” says Mark Hanna, spokesman for the Insurance Council of Texas.

Hanna stresses homeowners need to be prepared no matter where they live because you never know what weather patterns will happen from year to year.

“The extremely high number of tornadoes [in Texas] coincides with our abundant rainfall last year,” he adds. “We seem to go from one extreme to the other.”

Texas wasn’t the only state hammered by hail, tornadoes and wind in 2015. Check out the other four state to make the Top 5 List. You may be surprised. 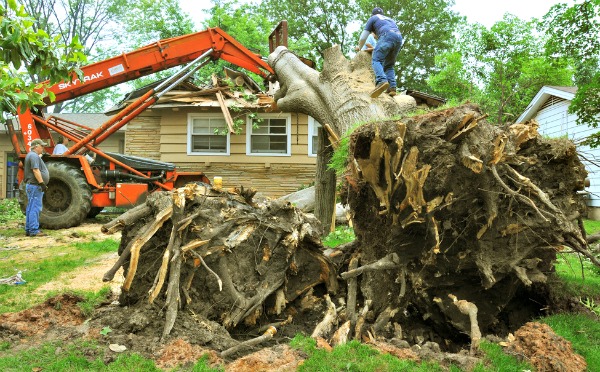 The Lone Star State topped the list in all three incidents compiled by the weather service– 951 incidents of high wind, 783 incidents of hail and 228 reports of tornadoes.

Kansans know the threat of tornadoes. It’s a way of life on the Central Plains so the 178 reports of twisters in 2015 isn’t extraordinary. But this Midwestern state also is no stranger to hail with 519 such incidents – second only to Texas. The state’s total high wind reports were 454.

This Southern state doesn’t finish in the Top 5 in any specific category, but its strong showing in the wind category blows it into the overall third spot. Georgia’s 2015 storm breakdown is 804 incidents of high wind, 66 incidents of hail and 24 reports of tornado.

Coming in just behind Georgia is Kansas’ neighbor to the east, Missouri. The Show Me State had 517 reports of high wind, 252 reports of hail and 48 tornadoes.

Sooners know about tornadoes and hail. The state placed high in both categories with 111 reports of tornadoes and 349 for hail. Oklahoma had 329 incidents of high wind.

How to lessen storm damage, reduce insurance claims and save money

Mother Nature’s fury is no stranger to Texans, who annually submit millions of dollars in property damage claims due to tornadoes, hail, wildfire and other natural disasters.

In 2015, Texas led the nation with 466,250 claims totaling more than $3.2 billion, in insured losses from 16 catastrophic events, not including major flooding that likely amounted to hundreds of millions of additional claim dollars. Unfortunately, 2015 was not an unusual year in Texas, the only state with exposure to nine different types of natural disasters. This diverse weather risk is the biggest cost driver when it comes to buying homeowners insurance in Texas.

While we can’t control the weather, there are a number of things Texans – from individual homeowners to state legislators  — can do both before and after a storm hits to protect lives, lessen storm damage, reduce insurance claims and save money.

Homeowners should meet with their insurance agent every few years to reevaluate their coverage and to make note of any changes to their dwellings, such as a remodeling or a new roof.  While homeowners assume their insurance will cover all damage from a natural catastrophe, an estimated 64 percent of U.S. homes are undervalued for insurance purposes, according to a 2008 study from Marshall & Swift, a company that provides building cost data. The study also found that most insurance policies provide enough money to rebuild, on average, just 81 percent of a home’s value.

Regular maintenance of your home, inside and out, can reduce damage from catastrophic weather events. Special attention should be given to your home’s roof, the first line of defense in hailstorms and high winds. Routinely inspect your roof, quickly repair wear and tear, and replace it when necessary, not just after a storm. In addition, other easy maintenance tasks can protect your dwelling. You can learn more how to protect your home from all types of natural disasters at www.disastersafety.com.

Select appropriate materials when building or remodeling your home

Evaluate your risk for a specific weather disaster and consider an investment in protective building materials such as impact resistant roof shingles (hail), fire resistant roofing material (wildfire) or hurricane clips or framing anchors to more effectively tie together a house (tornadoes, hurricanes and high winds). More information on how to fortify your home can be found at https://disastersafety.org/fortified/fortified-home/.

Building codes are designed to reduce deaths and property damage by setting design, construction and maintenance standards for structures. They also help insurers evaluate and manage the risk of property damage in our catastrophe-prone state. Damage to homes built to a strong code is less likely or less severe, leading to fewer losses and driving down the number and cost of insurance claims.

Texas trails most coastal states when it comes to instituting and enforcing building codes, ranking lower than all but three of 18 states along the Gulf of Mexico and the Atlantic Coast, according to a 2015 analysis by the Insurance Institute for Business & Home Safety.

Texas needs to implement and enforce sound building codes for new construction or when rebuilding. Though Texas has adopted a statewide building code, the law allows municipalities to adopt weaker standards than what is set out in the code.

Texas requires licensing for plumbing, mechanical and electrical contractors. But anyone with a ladder – without training, license or experience – can slap a magnetic sign on the side of their truck and call him or herself a roofer. Neighboring states New Mexico, Colorado, Oklahoma, Arkansas and Louisiana all require registration or licensing.

Some cities in Texas do require registration or have other requirements before roofers can solicit work within their boundaries. But Texas’ lack of any statewide requirements has made it a magnet and haven for rip-off roofers. Such roofers have victimized homeowners by performing substandard work, taking payment without providing service, interfering between customers and insurers in the claims process, providing “trap” contracts for service before a claim is established, and intentionally damaging roofs during the estimate process to secure work.

Licensing or registration would require roofers to provide a physical address, which prevents bad actors from simply disappearing mid-job and allows them to be contacted if problems emerge after a repair. They would have to prove they carry liability insurance and have work-related training. Also, the State of Texas could revoke a license of a roofer who performs shoddy work, takes payment and doesn’t perform the work, or commits insurance fraud.

What to look for when hiring a roofing contractor checklist:

In recent years, storms – especially hailstorms – have spawned a growing industry of unscrupulous trial lawyers, contractors and third party adjusters trying to get rich through the legal system at the expense of storm victims.

Although the Texas Department of Insurance oversees a process to solve claims disputes between homeowners and insurers, trial lawyers and third party insurance adjusters instead are encouraging homeowners to file lawsuits against their insurer. Property insurance lawsuit abuse has increased in recent years, and the number of lawsuits in Texas is growing at a dramatic rate as more and more individuals are gaming the system for their own financial gain.

In many lawsuit cases, the homeowner had already settled a claim with the insurance company with no issues. The lawsuit was filed only after a third party suggested the homeowner was underpaid and urged legal action. As further encouragement, homeowners are told they will not have to pay any legal fees.

Left unchecked, these abusive lawsuits will continue to drive up the cost of homeowners insurance for all Texans for the unfair benefit of a few. In addition, in some areas of the state, after rampant lawsuit abuse, some insurance companies have left town and stopped offering coverage.

While 97 percent of Texans have never filed a property insurance claim lawsuit as a result of damage to their home, they are aware of and concerned about this growing area of property insurance lawsuit abuse, and most favor reforms to prevent it, found a recent survey by Baselice & Associates.

Lawsuit reforms are needed to put an end to abusive practices while allowing for continued consumer protections and good practices between insurers and their customers. If left unchecked, the abusive practices of blatant solicitation, frivolous lawsuit filings and strong-arm tactics will impact Texans’ ability to choose and afford the insurance coverage they want and need.