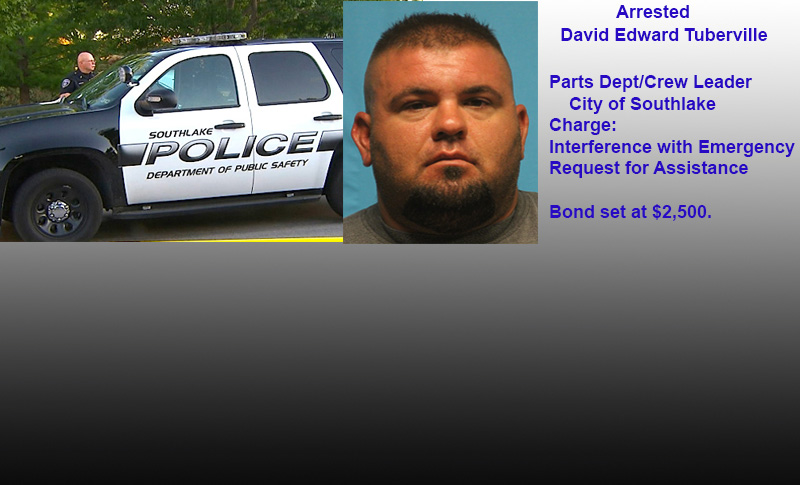 Note: Those arrested are presumed innocent until Convicted in a Court of Law. 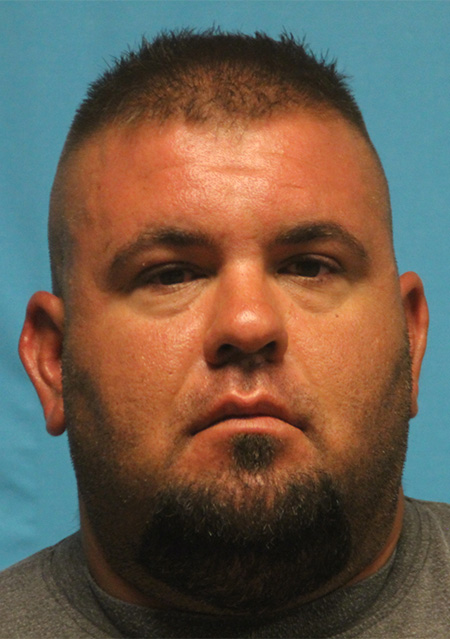 DAVID EDWARD TUBERVILLE, Age: 33, POB: Irving.  Listed Occupation as Parts Dept. Crew Leader at the City of Southlake and Home 1212 Casey Ct., Southlake, Texas.
Arrested on August 24, 2016 at 12;44 AM by Officer J. Weinschrelder at his home and Charged with Interference with Emergency request for Assistnace, a Class A Misdemeanor and Bond set at $2,500. 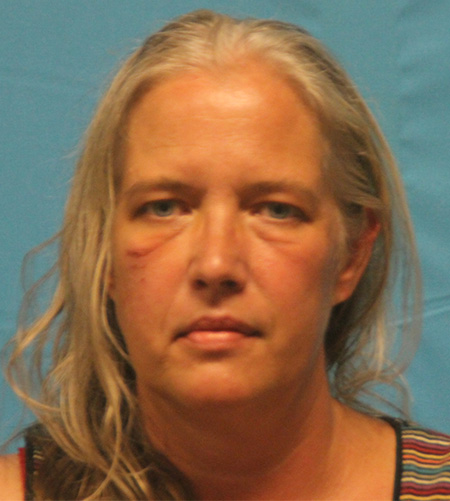 DEBORAH KAY VALDIVIEZ, Age: 46, POB: Independence, MO.  Listed as Unemployed and Home 1361 Cross Timber Dr., Southlake.  Arrested on August 19, 2016 at 11:35 PM by Officer J. Macheca at 1365 Woodbrook Ct. and Charged with Driving While Intoxicated with an Open Alcohol Container in the Vehicle, Bond set at $1,000. 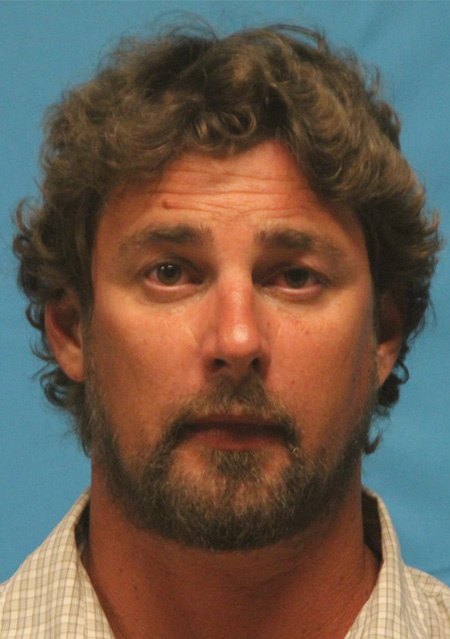 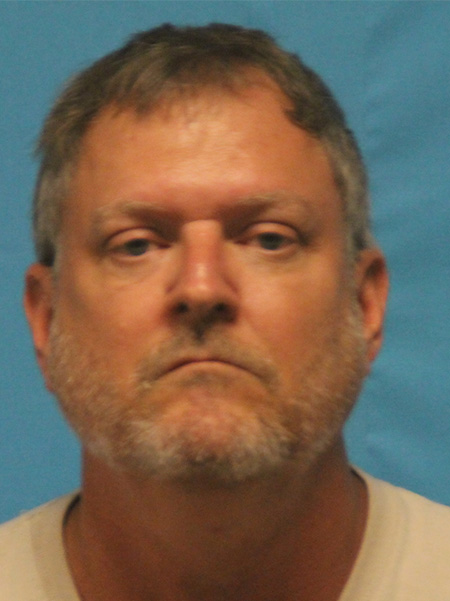 DAVID ALAN JOHNSON, Age: 56. POB: Dallas, Listed Occupation as Repairman, Self-Employed and Home 3517 Boxwood Dr., Grapevine.  Arrested on August 25, 2016 at 12:53 PM by Officer B. Uptmore at N. Carroll Ave and Charged with Driving While Intoxicated, he was Not Arraigned with No Bond. 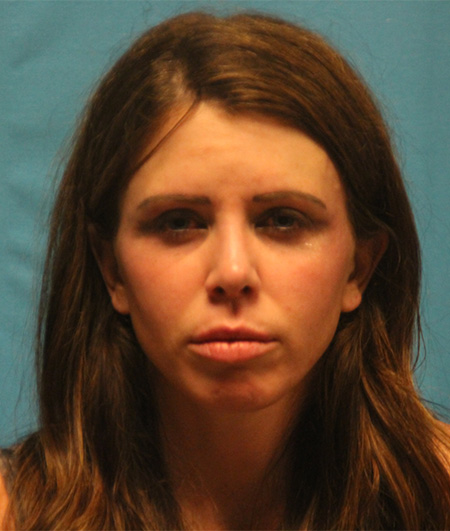 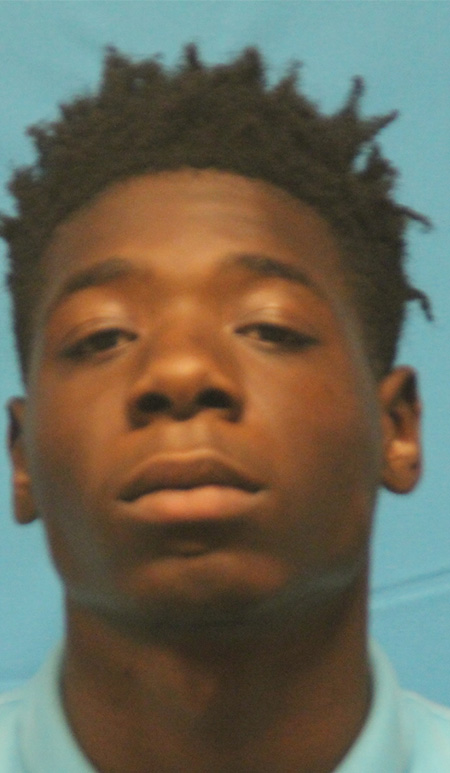 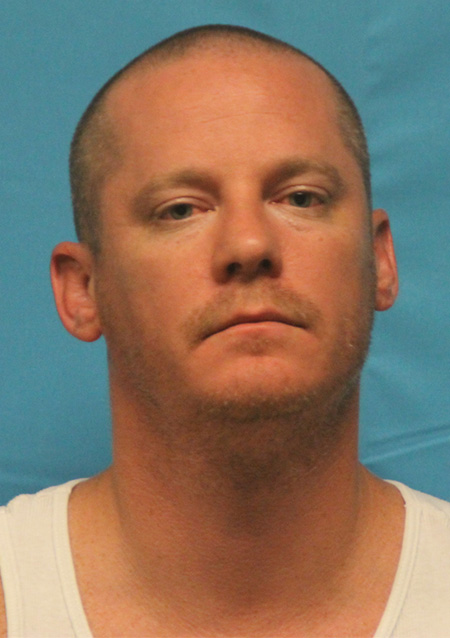 CAROLINA ACEVEDO GONZALEZ, Age: 51, Occupation listed as PCC at Metroplex Pain Management and Home 309 Chisholm Trail, Waxahachie.  Arrested on August 25, 2016 at 6:53 AM by Officer C. Damico at 2500 E SH 114, Trophy Club and Charged with Driving While Intoxicated with an Open Alcohol Container in the Vehicle, Bond set at $1,000. 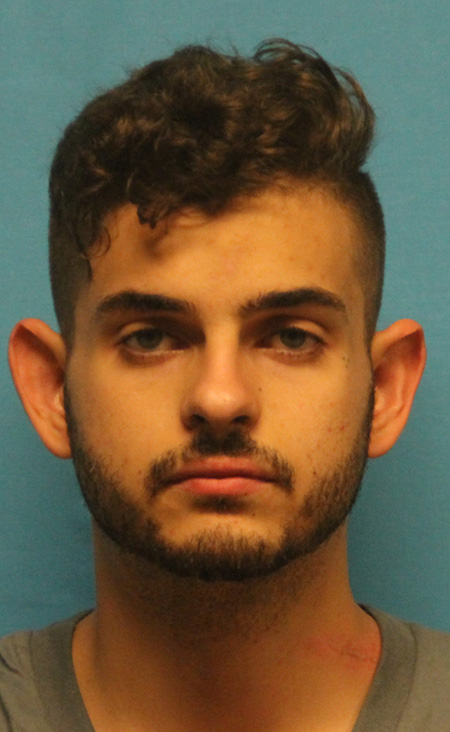 AMANDA LOUISE COLCLEASURE, Age: 23, POB: De Leon, TX.  Listed Occupation as Bartender at LoLo’s Chicken and Waffles and Home 5917 Nanci Dr., Watauga.  Arrested on August 21, 2016 at 10:01 PM by Officer S. Petrovich at 100 N. Carroll Ave and Charged with Driving While Intoxicated 2nd…Remarks Interlock Order, Bond set at $1,500.
LNO often is requested to remove data based on alleged clearance of charges at a later date. LNO therefore is expanding and restating our policy on removing information by request at a later date from the archives dating back to 2000.