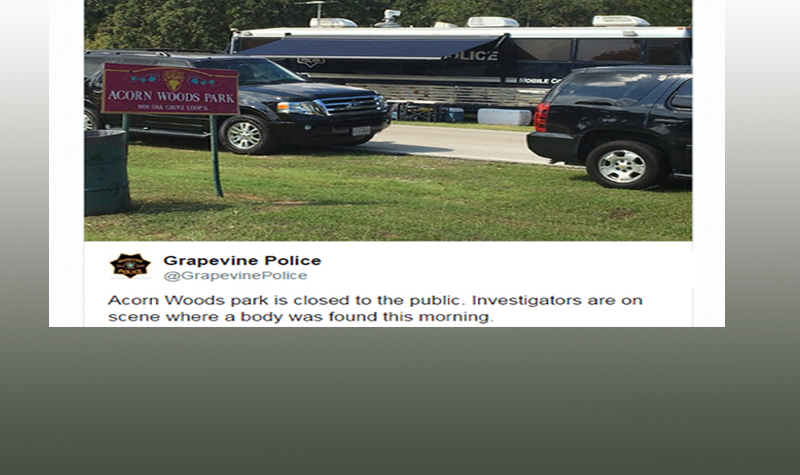 At approximately 6:30am on Wednesday, September 14, Grapevine Police officers were dispatched to Acorn Woods park at 1000 Oak Grove Loop South. Police were alerted to a body discovered in the woods. Grapevine Detectives and Crime Scene Technicians are on scene. Acorn Woods is closed to the public until the scene clears. We will update media as the investigation progresses.
Release:

A dismembered body was found at a park near Grapevine Lake Wednesday, according to city sources.

Police said officers were sent to Acorn Woods Park, on the south side of the lake, where a body was discovered in the woods around 6:30 a.m. Wednesday.

Grapevine officials confirmed to News 8 the woman’s body was found burned and in “several pieces” near the water.

The park was closed to the public during the investigation. Police and crime scene technicians were at the scene early Wednesday afternoon.