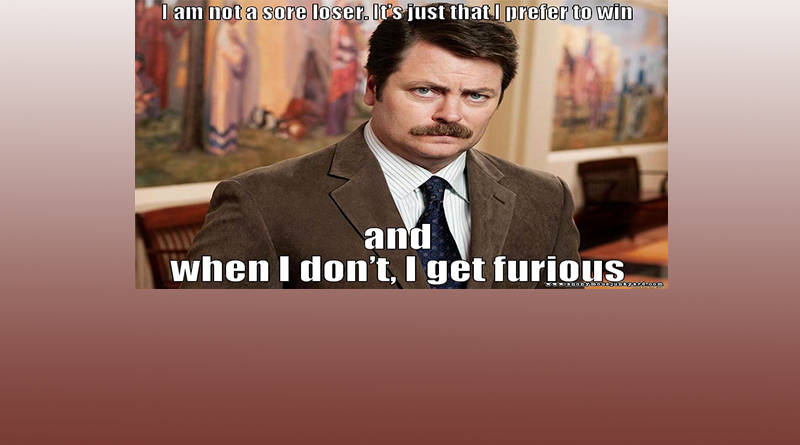 Colleyville, Texas   September 21, 2016
Editorial by LocalNewsOnly.com Editor Nelson Thibodeaux.  I served on the Charter Amendment Committee as a Colleyville Citizen

At the November General Election, Citizens will be able to vote for Charter Amendments INCLUDING Term Limits.

It is apparent that the group from the 2015 City Council election, when Mike Taylor won another term, despite the fact he lost on election day after a scurrilous mailer was made that no one wanted to take ownership.

Readers may remember that a Lawsuit was filed over the mailer.  Judge Dana Womack erred when she awarded a Summary Judgement to the Defendants in the case.
They then clamored around to throw more arrows by demanding $250,000 from now Councilman Lindamood.  The fact is Lindamood agreed to a little more than $30,000 simply to put the matter behind him because he won the election in May 2016 by more than 62% of the vote.  In addition, a recent Fort Worth Appeals Court ruling in a very similar case provided clear indication that Lindamood would win on Appeal.  However, he has decided to move forward in public service on City Council.

However, many residents experienced unwanted and apparently ill-begotten email from people such as Mark Henderson who forwarded the email from Louis Miller below.
Readers will recall it was Mr. Henderson that threatened local restaurants for his perception that they had supported candidates not supported by Henderson in the recent City Council Elections, including Mike Taylor, David Kelly and Chuck Mogged.  As covered by LNO in the article below:
https://localnewsonly.com/2016/07/the-henderson-saga-vs-colleyville-continues-with-threat-to-a-city-council-member-with-the-plan-to-exploit/

The following emails were forwarded to LNO in response to the Mass Email sent out by Louis Miller;

Once again Mr. Henderson is involved in another mass emailer because he; “….thought it would be of great interest to everyone in Colleyville! Enjoy.”

I just received this letter from Dr. Louis Miller and thought it would be of great interest to everyone in Colleyville!  Enjoy.

“Transparency in government”, “the end of cronyism”, “term limits” and “more citizen input” are just some of the platform that Bobby Lindamood, Richard Newton and Tammy Nakamura (with the help of Chris Putnam) ran on in the last Colleyville City election.  Now they have a majority on the City Council and can virtually do what they want!  Let‘s see how they are doing.

They have hurried up to form a Colleyville Charter Review Committee without citizen input so any “reforms” can be voted on in this year’s November election.  Usually the process is more involved and lasts much longer so all our citizens can have a voice in the final draft.  Waiting another year would allow our citizens to “do it right” – we shouldn’t be in a rush with something so important as our Colleyville City Charter.

Editor Comment:   The same group that was instrumental in clamoring for a vote on Glade Road in 2015, now does not want citizens of Colleyville to be able to vote on these Charter Amendments.  Apparently the one that gives them the most heartburn is TERM LIMITS; appears once again meetings called by Councilman Mike Taylor is partially behind the effort.  In a desperate attempt to keep his job past next year Taylor does not want term limits voted on by the citizens; in fact he was the only member to vote NO on the language of this Charter Proposition.

How was the committee formed?  Two names were submitted by each six members of the council and two by the mayor (total of 14), from which a nine member committee was formed.  Eight members of this committee are staunch supporters and cronies of Bobby Lindamood, Richard Newton, Chris Putnam and Tammy Nakamura.  Only one member was selected from the other three council members.  Does this sound like the end of cronyism?  Is this transparency?  Promise broken!  Why the hurry to get this done?  What do they really want?

Editor Comment:   “Eight members of this committee are supporters and cronies……”  Apparently Miller is taking a clue from Democrat Hillary Clinton, instead of calling folks “deplorable” he refers to those who gave of their time as “cronies.”  The end of Cronyism?  Promise Broken…not sure if he means this was the “end of cronyism” therefore the promise was broken from the previous 11 years of council “harmony”, where once appointed to a committee; their terms simply continued unabated previously. This was a sole purpose committee that carried out the direction of the City Council on a 6 to 1 vote!  Further the vote of the Committee was unanimous with one of the “others” appointed and the other voting with the rest of the Committee.  So what’s the gripe here?

This “rigged” committee is recommending term limits.  Good, right?  We all want term limits.  The recommendation is to limit each “position” to two terms.  Sounds good – we finally have term limits.  But wait.  Each “position” means Place 1, Place 2 and Place 3, so someone can serve two terms for Place 1, then immediately run again for Place 2 for two terms, then Place 3, etc. (as Bobby Lindamood has done in the past two elections) and then repeat.  Remember each “Place” is not bound by geography – anyone, regardless of where they live in Colleyville, can run for either Place 1, 2 or 3.  So, in effect, there will actually be NO term limits.  Promise broken!

This statement is totally misleading and frankly FALSE.  The Term Limits apply as follows: All City Councilman and the Mayor.  In other words, the ONLY WAY one could serve longer than two consecutive terms is IF the individual ran for an office OTHER THAN THE ONE THEY WERE SERVING IN.  In other words NO City Councilman could run for City Council in ANY COUNCIL POSITION after two terms without laying out at least one term UNLESS the Council Person was running for MAYOR.

So either Mr. Louis Miller is basing his conclusions without understanding the Charter Amendments that will be up for vote or is intentionally attempting to confuse and mislead citizens.

Furthermore, Colleyville Charter Review Committee is making a change so no one can serve more than three “consecutive” terms in any “position”.  They are recommending that this be retroactive.  Sounds innocuous enough.  But by making it “retroactive”, this would prevent current council members Mike Taylor and Jody Short from running again next year (they are opponents, “balance of power”, of Chris Putnam, Bobby Lindamood, Richard Newton and Tammy Nakamura).  However, Richard Newton would not be prevented from running again even though he has previously served on the city council/mayor for more years than anyone else – his years were just not “consecutive”!  Again, is this the lack of transparency and cronyism they were against on the campaign trail?  This sounds like “stacking the deck” to me.  Promise broken!

Once again Mr. Miller, while boisterous and LOUD is WRONG.  It is no more than two terms.  Now lets explain “retroactive” so Mr. Miller has a better grasp.
The Charter Committee had Three Options:

1.) To propose the passage of this by citizens would be “retroactive,”  which means that those who already served two terms, e.g. Mike Taylor, would be required to resign, upon the passage of the Term Limits, IMMEDIATELY and the Council would appoint someone or a Special Election would have to be called.

2.) To propose the passage by the citizens of Term Limits would be delayed and everyone on Council would get a pass for the current position they hold, which means that Term Limits would not go into effect for another two Years. Which would provide an additional two years of the 2- Three year Term Limits of Mayor Newton, Council members Nakamura, and Lindamood. In other words this would have been self serving to benefit most the new members.

3.) To propose the passage by the Citizens would take place Immediately.  Which impacts Councilman Jody Short from running in 2017 and makes Councilman Taylor Term Limit expire in 2018.  Of which Mr. Taylor while voting against the Charter Recommendations stated, “All my supporters know I am not running for another term anyway.”

The Charter Committee elected and the Council Approved #3 above.

Currently, the City Manager, who is appointed by the City Council, is responsible for hiring all senior city staff.  Another recommended provision would be to allow the City Council to ratify/approve the appointment of any senior city staff.  Again, this sounds innocent enough.  But taken with all the other “recommendations”, one can easily see that this “stacked” Colleyville Charter Review Committee is simply trying to consolidate substantial power over all aspects of the City of Colleyville to the current City Council which is controlled by Putnam, Lindamood, Newton and Nakamura.  Where is the checks and balances in our city government?  Promise broken!

The question is where were the checks and balances for the past 8 years.  These positions are critical in Colleyville City Government.  This only means the council can disapprove but the Manager has the same ability to select anyone prior to a council vote.

Colleyville citizens expect more than lip service!  If you ran on a platform of Transparency in government”, “the end of cronyism”, “term limits” and “more citizen input”, then follow through on your promises!  Don’t tell us one thing and do another!

In this November election vote “NO” on this hastily drafted Charter revision.

If revisions are needed, then let’s take the time to do it the right way with ALL citizens input!

As more concerned Colleyville citizens continue to observe what this City Council is doing, more bulletins will be sent out to keep you informed.

Well, I am sure the Citizens of Colleyville just can’t wait to get further “Misinformation” from  Dr. Louis Miller.