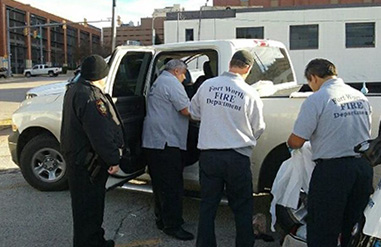 Tuesday morning (1/24/17), Deputy Carmichael was on foot patrol near the Tarrant County Courthouse, when he noticed a car abruptly stopping and heard screaming from the vehicle. He went to see if the passengers needed assistance when he heard loud screams coming from the car.

He approached to fmd the woman in the backseat actively giving birth! He radioed for an ambulance and then began assisting with the birth of the baby. He delivered a healthy baby boy! EMT services arrived shortly after the birth, and escorted mom and son to John Peter Smith Hospital. Both mom and son are happy and healthy! 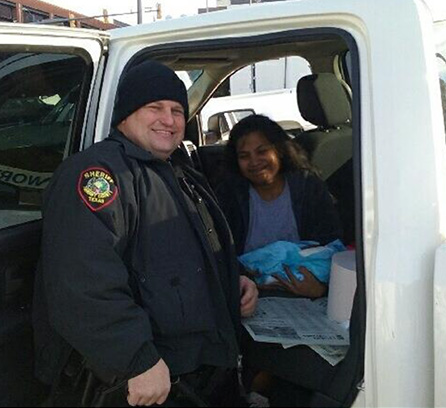 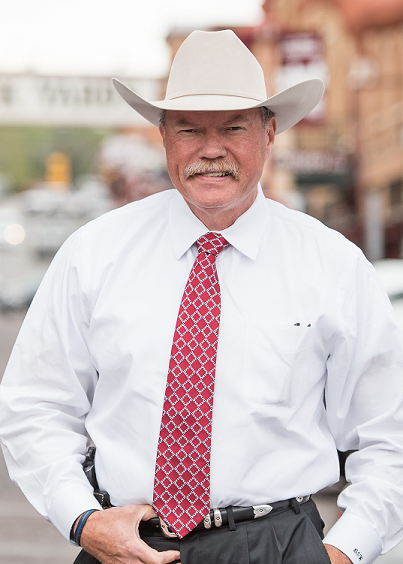 The fortuitous opportunity was the result of newly elected Sheriff Bill Waybourn policy of putting patrols on the street in the City of Ft. Worth.  Bill began his career in service when he joined the U.S. Air Force in 1978, serving in both the active duty and reserves. On April 30, 1981, after serving active duty, Bill began working for Dalworthington Gardens Police Department. Bill was promoted to Chief of Police on June 1, 1984 making him the youngest police chief in the state of Texas.  Later, he transitioned the city through combining the police and fire services making him the Chief of Public Safety.
In his 31 years as Chief of Dalworthington Gardens, he has testified on numerous cases as an expert witness, pioneered the Texas model for DWI “No Refusal” program – which is now being used as the model for several surrounding states, and testified before the state legislature on a diverse array of issues relating to the Second Amendment and civilians carrying firearms. He worked with state legislatures on Texas’ original concealed handgun license laws in the 1990s, as well as the most recent open carry law that passed in 2015.

Also, he was extremely honored to help the Chris Kyle Bill become law in Texas – a bill that streamlines the process for military service men and women to become police officers.
He has a bachelor’s degree in criminal justice, and a master’s degree in conflict resolution. Bill is a graduate of the FBI National Academy, the Texas A&M Police Academy, and is a black belt in Tae Kwon Do. He currently teaches college and police instructor classes ranging from criminal justice and criminal procedure to firearms safety and self-defense.
Bill is the current President of Peace Officer’s Angels Foundation, and feels strongly about protecting the fatherless. He is married to Laura and they have nine children, seven of which have been