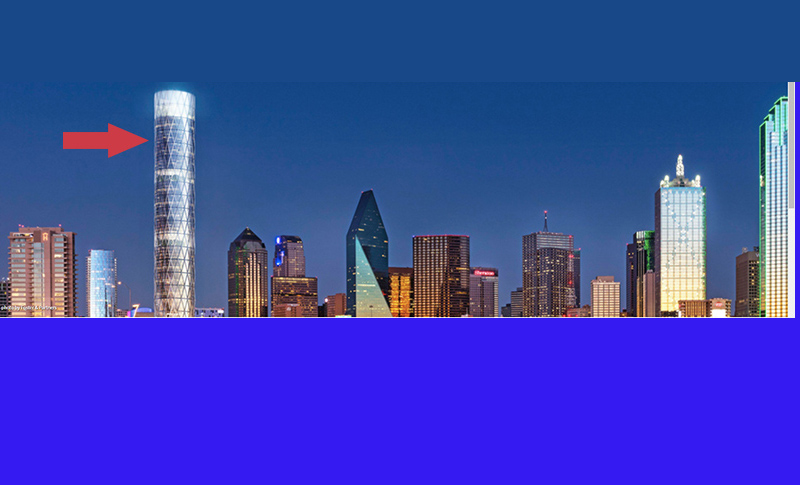 If H. Ross Perot Jr.’s Hillwood real estate firm has its way, Dallas’ skyline could be in for big changes.

They’ve enlisted legendary architect Sir Norman Foster and his firm Foster + Partners to create the concept for a near 70-story skyscraper in the heart of Downtown Dallas.

Based on a rendering, the glass-and-steel structure would rise from Field Street and Woodall Rodgers Freeway, featuring a round design that includes three atriums and a lit-up top. Formerly a Bank of America site, the tower would be across the freeway from the Perot Museum of Nature and Science.

Details are sparse at the moment but Perot told the Dallas Morning News “we have a million-square-foot tower planned.” The company is touting the project to potential office tenants but no word yet on any residential components that may be included.

Depending on the final height, it could end up as the second-tallest building in Dallas and the tallest built in the city in three decades. Also, it already has a nickname from some locals ready to go: “The Gherkin.”