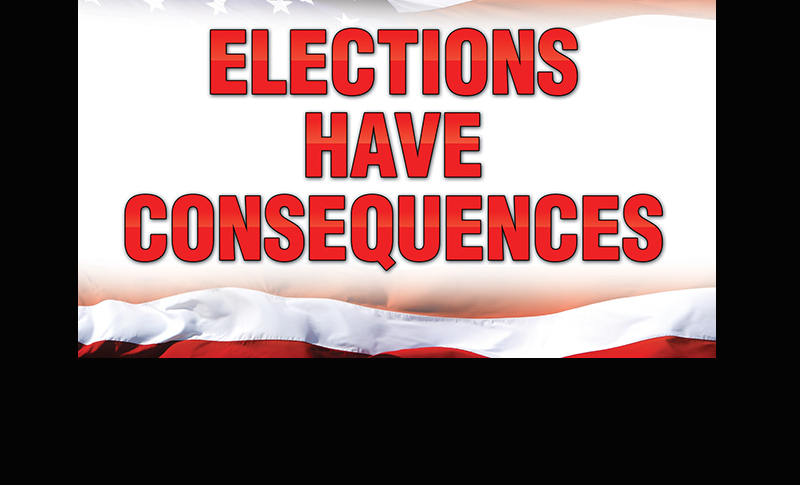 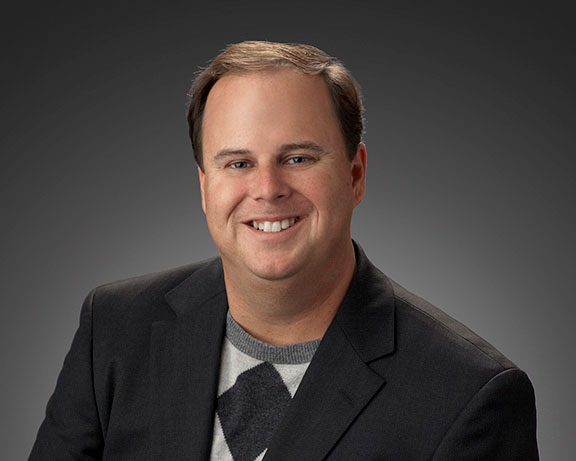 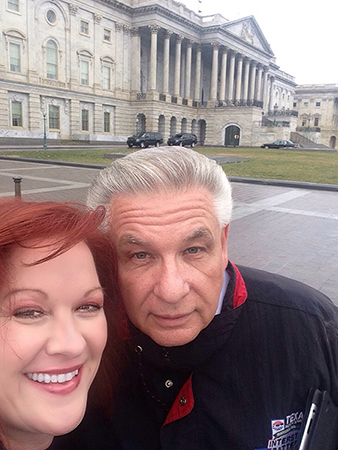 Yes, elections do have consequences.  In the classic case of Colleyville Politics, voters overwhelmingly supported a new council majority that did not gavel down speakers at City Council, accomplished the campaign promises made and set the City on a new transparent and fiscal responsibility direction.

As a  reminder the “Protect Colleyville” group conjured up rather feeble attempt to keep it’s strangle hold on the majority of the Colleyville Council in May 2016, only to be defeated by a margin of approximately 62%  winning margin of the voters.  I don’t think voters are interested in changing the consequences of that election.

Or perhaps the overwhelming rejection of the “Protect Colleyville” group that vigorously opposed the Charter Amendments provided to the voters by this new majority.  You may remember their opposition to even Term Limits and the support of Colleyville voters by an 87% winning vote!  I don’t think voters are interested in going back to historical career politicians, at any level, in Colleyville, Texas. 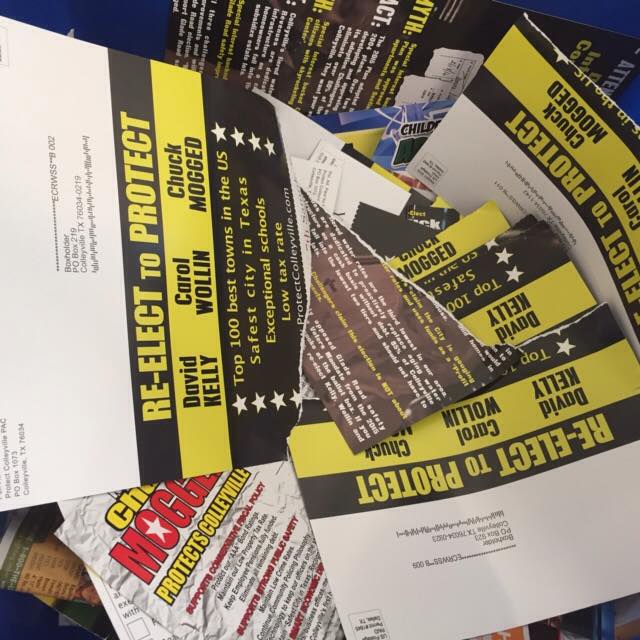 In the spirit of providing an open forum to all Candidates for City Council; LocalNewsOnly.com provided an opportunity to respond and be published on 5 basic questions.
Which can been seen here:   You will note that 4 out of the 5 candidates responded and their information was posted unedited for LNO viewers.  However, Chad LaPrelle, following in his Step Father’s footsteps (ex Mayor David Kelly) the prior election; who was the only candidate that did not feel that any information, even if  unedited by LNO, was  important enough to share a written response.

Further; LNO put out an invitation to do a one on one interview to be posted on LNO for viewers.  In this case, once again LaPrelle did not respond, although text to his father’s cell phone and emails to his personal email were sent.

Of the other candidates, Mike Sexton requested he be given all questions prior to the interview.  LNO responded the majority of questions would be per his written response, but that we did reserve the right to ask a couple of questions without prior notice.  Upon this information, Mr. Sexton responded, he was “not able to make an interview.”

Jon Bullock, readily responded with his written answers, however said he would be out of town in Cuba with his Rotary Club the week the interviews were scheduled.  LNO responded the interviews would be held the next week to accommodate both Mr. Bullock’s and Mr. George Dodson’s schedule.

Kathy Wheat responded timely and an interview was taped with her. Mr. Dodson has volunteered to set a new date with LNO, however the interview has not been taped.  Unfortunately Mr. Bullock, opponent of Ms. Wheat either elected not to respond last week or possibly forgot about the invitation, LNO did not attempt further contact, however has left the name of the Administation Assistant to schedule his interview.

It is apparent, we have  another election season of divided choices with the Wheat versus Bullock.  The Bullock Candidacy candidacy actively supported by “Protect Colleyville”  PAC and Wheat is supported by the “Preserve Colleyville” PAC, that supported the current majority of council AND the Charter Amendments.

Then we have George Dodson supported by the “Preserve Colleyville” group; LaPrelle supported by the same “Protect Colleyville” and Mike Sexton, who has declared he is a peace maker, however was not forthcoming enough to be interviewed unless he had the questions in advance.  Of which, I was elected to Council and Mayor Pro Tem and not one time did any organization including the media, provide me questions in advance before an interview!

The discredited “Protect Colleyville” group has spun up various social media sites in the past few days attempting to manufacture an issue around Glade Road re-development. It bears reminding that these are the exact same long-time city insiders that remain disgruntled about the results of the last two elections and our citizens clawing back control of our city government by overwhelming margins from the long-term incumbents that had a grip on city hall for over a decade.  They have no actual issues to run on so are now attempting to create one with Glade in order to get their candidates, Jon Bullock and Chad Laprelle, into office to take political power.

It isn’t in question that “Protect Colleyville” has deliberately misled, confused residents and outright lied on the topic of Glade Road for years now.  First they claimed that no eminent domain would be required to re-develop Glade based on their preferred design which would turn Glade into a commercial corridor.  That was proven to be patently false last year when staff and the council finally acknowledged just days before last spring’s elections that the use eminent domain would be required throughout the corridor.   Then they manufactured a safety issue and suggested that Glade in its current configuration was unsafe.  Again this was unequivocally proven to be patently false when the actual accident data for Glade was published.  Not only is Glade not unsafe but accidents have actually declined on Glade in recent years.  Lastly, they claimed that the challengers to the long-term incumbents “wanted to do nothing to Glade”.  This was never true.  The new council that replaced the long-term incumbents immediately proceeded with Phase 1 of the project which is scheduled to start construction as soon as the right of way is fully acquired – not stolen from our residents through the use of eminent domain.

The Phase 1 design from the Bransford to Manning Drive has not changed at all from the design approved by the previous council.  There will be turn lanes, a new traffic circle at Riverwalk and sidewalks on both sides of the road.  Most importantly the stop signs at Bluebonnet will be removed and the road graded down to improve visibility.  These fixes alone will solve any peak hour back up problems on Glade which have already improved since 183 has re-opened.  Again, this is the same design approved by the previous council and it is well underway.

Now, the council has yet to approve the final design between Manning and Heritage.  That’s because the new council absolutely asked the design consultant to reduce the design impacts on that part of Glade in order to work within the existing available city-owned right of way.  The new council absolutely rejects the idea of making this section of Glade which is a neighborhood into a commercial corridor.  Rather, they want to protect the natural beauty of this section of Glade which in many ways defines our community by preserving as many trees as possible and also by protecting our neighbor’s properties.  There will be turn lanes where needed as well as sidewalks on both sides of the road.  This section of Glade will ultimately look a lot like Continental Drive or White Chapel in Southlake where they have done a marvelous job of re-developing arterial roads in neighborhoods while protecting the character of those neighborhoods. It will be safe, beautiful and pedestrian friendly.

The best part for residents is the price tag for this kind of re-development is roughly half the cost of the original design which allows the city to accelerate even more, much-needed and long neglected street re-development.  Pleasant Run, Westcoat, LD Lockett, John McCain and several other major roadways have already been moved up to be re-developed in this budget year as a result.  In the end we will have a much-improved Glade Road that solves for traffic first, preserves the character of street, protects our neighborhoods and neighbors’ property, includes pedestrian elements and allows us to fix more streets faster.  There is really nothing to not like or disagree with in this approach – unless you’re simply trying to once again mislead and confuse the community in order to take back political power.  We implore “Protect Colleyville”, its surrogates and candidates, Jon Bullock and Chad LaPrelle, to stop trying to cause dissension in our town strictly for political gain and to stick to the facts of the issues.  Glade will be responsibly re-developed.  The new Mayor and Council have delivered on every commitment and promise to the community.  “Protect Colleyville” continues to deliver nothing but lies.