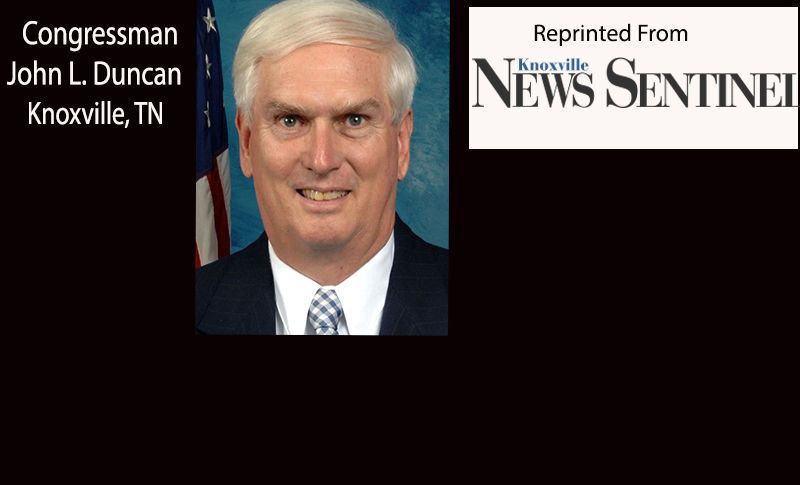 Guest Column by Congressman John Duncan, Knoxville, TN. The “League of Women’s Voters is not quite what is was touted to be?”

Update: it should be noted that Colleyville Candidate Mike Sexton responded to LNO’s request about his prior knowledge of the format, organizers and sponsors of this event.  Mike Sexton Response: “I had and have zero knowledge of anything as it relates to this situation. I did attend the last half, I had a meet and greet in my own neighborhood they had already been scheduled. “

Based on the Chamber’s Comment; It appeared the Colleyville Chamber of Commerce became aware the planned Colleyville Candidate’s Forum was an “orchestrated” event, allegedly by Colleyville resident Karl Meeks,  apparently an avid supporter of Council Candidate Place 3, Jon Bullock and Mike Sexton for Place 4.  The “objectivity” of the forum was questioned by some citizens to the Chamber.  Thereafter, the Colleyville Chamber withdrew it’s sponsorship from the forum, as pointed out in their written statement to Chamber members.

The forum was allegedly sponsored by the Colleyville Chamber of Commerce and the “League of Women’s Voters.” As noted the Chamber withdrew it’s sponsorship based on allegations that the forum was meant to “show support for certain candidates, primarily Jon Bullock, Mike Sexton and Chad LaPrelle.  While not the stated mission of the Colleyville League of Women Voter’s Forum, reading Congressman Duncan’s Guest Column, certainly gives one pause concerning any non-partisan intent.

On April 25, 2017 the Knoxville News Sentinel published a Guest Column from Congressman John Duncan of Knoxville, Tennessee.  The column pointed out that the League Of Women’s Voters, “contrary to popular belief, it supports Democratic candidates for public office and left-wing policies.”

The analysis by Congressman Duncan, seems to validate the concerns in Colleyville that the Forum was orchestrated to support candidates for Colleyville City Council that have a.) that have, by their own statements, voted for O’Bama, (Mike Sexton) and in the last Presidential race voted for Hillary Clinton , (Jon Bullock).  While these two facts alone may not raise the eyebrows of Colleyville’s voters, the majority of a conservative persuasion, the overwhelming support by local high profile Mark Bauer and his Democrat “Battleground Texas,” followers, as well as the influence of Protect Colleyville, seem to indicate that there is actually an ongoing  deception if they continue to say the local election is “non-partisan”, which it is by name only, that they can wiggle their way back in control of the Colleyville City Council.

If not candidates that fully endorse the “liberal agenda,” they turn to the stealth support of Democrats, like Mark Bauer and apparently call on the PAC “Protect Colleyville” to carry their water, especially when the historical facts point to a major reversal of their recent political actions, such as voting for O’Bama and/or Hillary Clinton.

The following is the text of the Guest Column published in the Knoxville News Sentinel by Congressman John Duncan:

Once again the League of Women Voters has acted as an arm of the Democratic Party.

All over the country Democratic campaign committees and leaders have been encouraging their supporters to demand that Republican members of Congress hold town hall meetings.

They have been working with a nationwide group called Indivisible, which according to NPR, was formed by former Democratic staffers.

So I was not surprised that I got a request from our local League of Women Voters wanting me to hold a town hall meeting even though two such events have already been held here.

They want me to help draw a crowd so that liberals can come and spout off partisan Democratic talking points and other left-wing views.

The Capital Research Center published a report in 2015 entitled “League of Women Voters: A Legacy of Liberal Issues and Causes.”

The Report said the League “isn’t quite what it seems” and that “contrary to popular belief, it supports Democratic candidates for public office and left-wing policies.”

Former Justice Department lawyer J. Christian Adams wrote that the “American public has been hoodwinked into thinking the League of Women Voters is a non-ideological good government group” that “purports to be non-partisan.”

Adams said it is a “charade” because the League actually has a “broad pro-Democrat Party agenda.”

Far-left billionaire George Soros has contributed several million to the League over the last few years. At one point, the League’s largest contributor was the Joyce Foundation on whose Board Barack Obama served before he became President. Eleanor Roosevelt served on the League Board for several years.

The group will occasionally parade out a few members who claim to be Republicans, but who really oppose almost everything Republicans stand for, or perhaps a few conservatives who just do not realize how liberal and partisan the League is.

Columnist Debra Saunders in a 2012 column entitled “League of One-Sided Women Voters” wrote about how one League California affiliate was holding a meeting to oppose the death penalty.

They wouldn’t let the mother of a 35-year-old policeman who had been murdered and whose killer had been sentenced to death, come and speak in favor of the death penalty.

The local leader of the League wrote in last Sunday’s News-Sentinel that I had met with 100 people since the first of the year. She was badly misinformed.

I meet with thousands every year in my district offices, in Washington, and in public meetings all over East Tennessee. I have held several hundred constituent days over the years and have responded to a few million letters, Emails, and phone calls.

But some people are very angry because they don’t want a meeting. They want to put on a show and sound off in front of a crowd.

I feel no need to help them promote partisan Democratic talking points or give them a public meeting to express the hatred they feel toward President Trump.