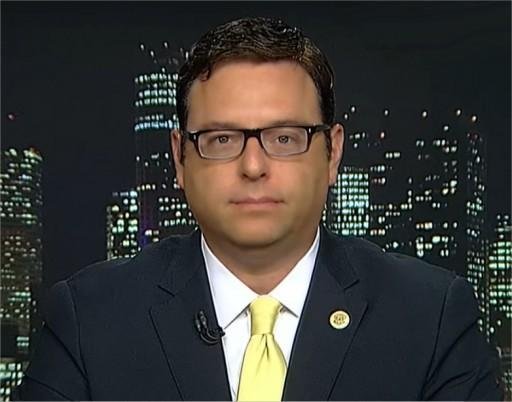 Ever since Americans woke up on the morning of Nov. 9, 2016, to find out that Donald Trump had won the presidential election and would be the 45th President of the United States, many have been wondering how Trump pulled it off.

Plenty of conspiracy theories made their way to the mainstream as many people were convinced that something fishy was afoot and Trump could not have won the election without behind-the-scenes dirty work. Voter suppression, ballot stuffing, vote buying and dead voters were just some of the theories thrown out there. But perhaps the most popular was that the Russian government somehow hacked the election and sent Trump to the Oval Office for at least the next four years.

Only if the Russians planted actors with physical access to our voting equipment could they have hacked the election because voting machines are not online. It’s not possible to hack them from the outside. In fact, since the hacked Virginia election in 2014, when voting machines in Virginia were found to be picking up wi-fi signals, it has been illegal for voting machines to be hooked up to the internet in any capacity – hard line or through wi-fi, according to the Federal Election Commission.

With 3,141 counties in the United States (3,084 of which Trump won) and multiple voting districts within most of those counties, it seems like a near impossible task for the Russians to find a way to compromise enough voting machines – either physically or by somehow giving them access to the Internet – to turn the tide of the election.

No doubt it would be possible for the Russians – or even the Chinese who make most electronic equipment in the U.S., and have backdoors into America beyond Russia’s capability – to hack into a political party’s servers. However, this would not affect the outcome of a national election.

Of course, the Russians have been suspected of meddling in the elections of other countries, including this past weekend in the French presidential election. And a congressional investigation has been launched into Trump’s former national security adviser possibly taking money from the Russians during the campaign, raising questions about whether Russians interfered in a non-hacking way.

Of course, there are questions about who hacked the Democratic National Committee’s email or Hillary Clinton’s email server. We hear it was the Russian government, right? Well, I’m guessing wrong but here’s where I need evidence.

Where were the IP addresses hosted that hacked the DNC and Hillary Clinton’s server? Yes, they were in Russia.  However, Vladimir Fomenko, owner of King Servers of Russia, a tiny GoDaddy-like internet host, who offers hosting starting as low as $5 per month has made some important statements:

Now, we have a joint FBI and Department of Homeland Security report directly pointing at the Russian government for the attack and sanctions against the Russians were begun before President Obama left office.

Pointing a finger at the Russian government, without digging deeply into the remote access to these servers from Europe, placing sanctions on them, seems to be making a big mess. It’s glaringly obvious that the Homeland Security joint report with the FBI skipped over this major issue.

I always call it like it is even if my analysis is unpopular. I don’t think the Russian government is ever this sloppy in their hacking attacks and while sometimes it takes many years, time will tell and truth will prevail as to what really happened. For now, I’m sticking with my original prediction: The CIA was wrong, and the Russians did not hack the U.S. election, nor could they. With too many years on the job in the anti-hacking community, in these matters, I’m usually right.

Much of the evidence that has come out points to the Russians not doing much of anything to try to influence the U.S. election in 2016, and only time will tell how much involvement they may have played in the French election.

Given those facts, it is time to either investigate these issues or for the nation to move forward.  Moving forward seems to be the least damaging to the nation. So let’s do it, shall we?

Gary S. Miliefsky is the CEO of SnoopWall, Inc. (www.snoopwall.com) and a co-inventor of the company’s innovative breach prevention technologies. He is a cyber-security expert and a frequent invited guest on national and international media commenting on mobile privacy, cyber security, cyber crime and cyber terrorism, also covered in both Forbes and Fortune Magazines. He has been extremely active in the INFOSEC arena, and he is an active member of Phi Beta Cyber Society, an organization dedicated to helping high school students become cyber security professionals and ethical hackers. He founded and remains the Executive Producer of Cyber Defense Magazine. Miliefsky is a Founding Member of the US Department of Homeland Security.  His detailed bio is at http://www.garymiliefsky.com