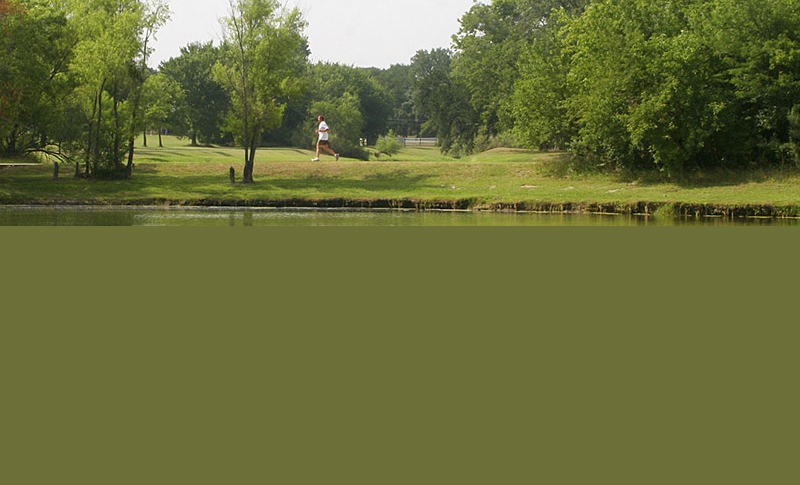 Why is Election Season so Intense in Colleyville?

A brief history lesson for those that wonder

by  Guest Columnist; Steve Waltens,
Note: The opinions expressed in this Guest Column are solely that of the Author.  The opinion is not necessarily that of LNO, or its staff, nor, with exceptions of photos, contributed to by LNO.

As someone who understands the recent political history of this town and is heavily involved in the Colleyville political process, the intensity of our recent City Council race is no mystery to me.  In fact, it makes perfect sense.  If I may, here is a brief history lesson that, hopefully, will help you make sense of it all.

For a decade or so, Colleyville’s elected offices were held by a very tight group of friends with an agenda that roughly two thirds of the voters in town now believe was not in the citizen’s best interest and more than a bit “strange”.  For most of that decade, often referred to as the David Kelly era since he was the “untouchable” Mayor, few people outside of this clique paid attention and the races either went uncontested or the challenger didn’t stand a chance.  Side Note: Untouchable incumbent elected officials are never a good idea, and this is why Colleyville folks overwhelmingly voted for term limits last November (86.2% in favor). 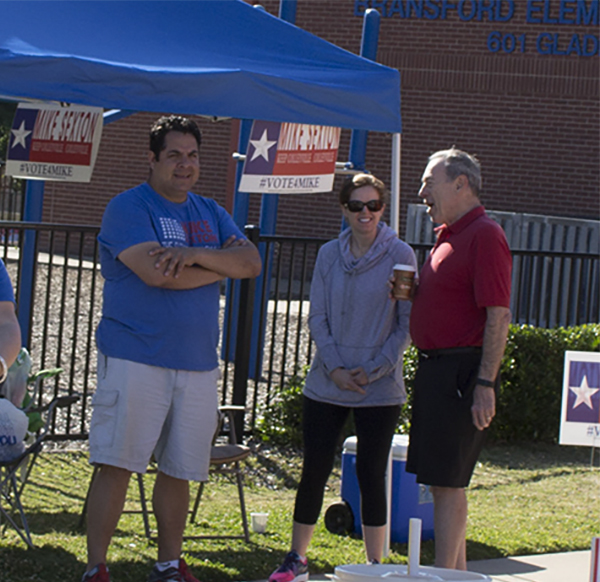 David Kelly, Louis Miller, Karl Meek, Mark Henderson, Mike Taylor, Chuck Mogged, Mark Harrison, and Jim Fletcher are the “kingpins” of this era and things were rolling along quite nicely for them for many years.  That is until the 2014 election season when an unknown man, Chris Putnam, entered the scene and ran for Council as a reform candidate.  Chris won handily and removed the first brick in what has now become a systematic dismantling of theKelly fiefdom.  After this, the Colleyville Cartel (as some folks refer to them) formed a Political Action Committee (PAC) called Protect Colleyville (more appropriately named Protect These People’s Agendas) to more formally organize their mission. 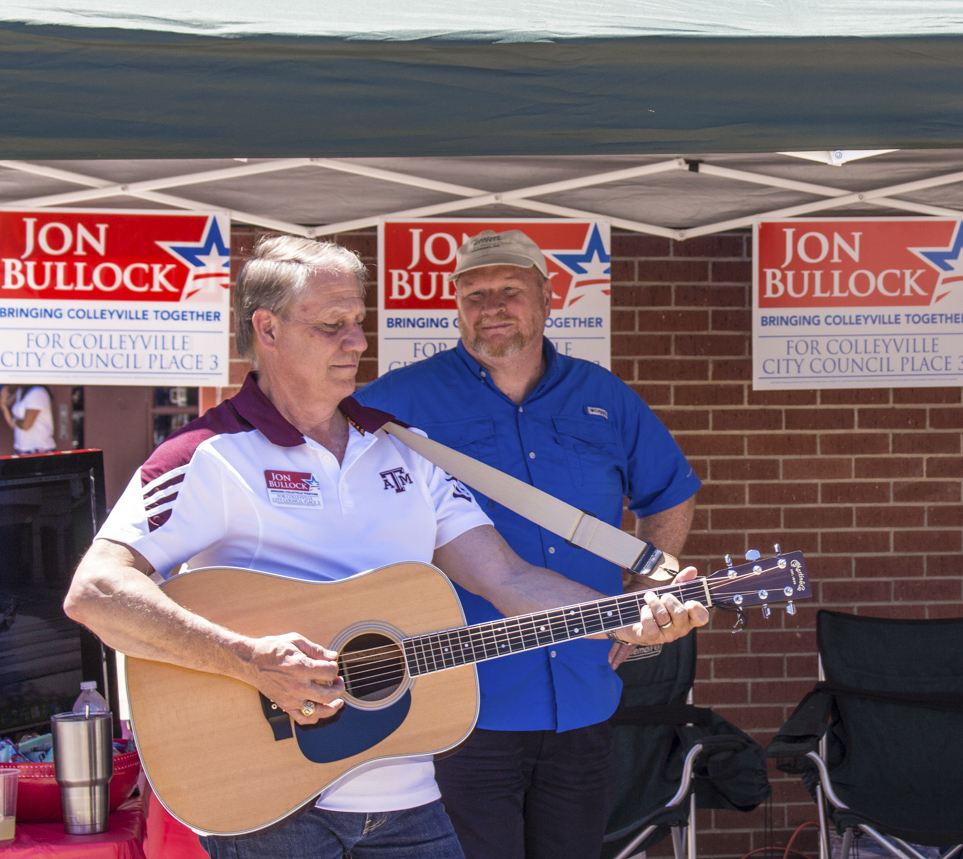 Candidate Jon Bullock and Mark Harrison, the last registered Treasurer of the Protect Colleyville PAC,  Harrison remained in the tent most of the day and was seen pulling out Bullock signs out of his vehicle

Inspired by Chris, two more brave outsiders, Elizabeth Zeitlin and Bobby Lindamood, stepped up in 2015 dared to join Chris in his reform movement.  However, Chris’ victory the previous year was a wake up call for the Protect clan and they pulled out all the stops to ensure that Liz and Bobby were defeated and, more importantly, to send a powerful message to anyone else that was considering a challenge to their reign.  The core of their win strategy was a massive campaign of confusion and deception regarding their personal agenda vision for turning Glade road from a charming residential artery to a high-speed thoroughfare for folks outside of Colleyville to use as a cut through.  But they didn’t stop there.

Just how far would that group go to keep their power?  How low would someone stoop just to keep an office that pays $0?  This is the “ah ha” moment.  Bobby’s opponent, Mike Taylor (who still sits on Council but will be removed next May because of citizen-enacted term limits), was so threatened by Bobby’s momentum that he called the Protect PAC group together in the conference room of the Worthington National Bank to craft his “kill shot”.

Days before early voting, this group mailed an anonymous, horrific, despicable letter to a select group of Colleyville residents that, throwing any notion of human decency aside, falsely claimed that Bobby Lindamood was a child molester and, therefore, unfit for office.  The result?  Mike Taylor and Nancy Coplen won that election – AT ALL COSTS.  Lindamood sued a group from the PAC because of this slander and, according to court records, this lawsuit is still ongoing in the appeals court by PAC members who apparently disagreed with the judge’s ruling.

In 2016, Bobby regrouped, retooled, and came back fighting.  He, along with Councilperson Tammy Nakamura and Mayor Richard Newton, who were elected by a landslide (62% to 38%) in a historic voter turnout.  That election finally ended the unstoppable majority of the David Kelly era and liberated Colleyville from their high-density development approvals, profiteering on our utilities, neglect of our roads, and crushing of our first amendment rights.

You would think that after this indisputable citizen revolt and rejection of this group, the Protect PAC clan would go away or at least change their tactics (everyone has heard the definition of insanity is doing the same thing and expecting different results).  That brings us to the 2017 election season where, once again, the Protect PAC candidates were sent “packing” with crushing defeats of them and their narrative.

This election cycle, the Protect PAC led by their most vocal spokesman Karl Meek, dusted off their tired old manifesto once again and went about confusing the voters by trying to revisit the Glade road deception, discredit the fine reforms the Mayor and current majority council passed last year, and use their power and influence in local clubs to taint a candidate forum.   They decided on a strategy of branding their candidates as people who would “bring Colleyville together” and who stood for “no divisive politics”.  Because the Protect Colleyville PAC had been overwhelmingly discredited in 2016, they wisely chose to not use that toxic brand in any advertisements, signs, mailers, etc. and coached their candidates to claim that they were “independent” and not supported by a PAC.

So there you have the back story.  This is one reason why candidates like Kathy Wheat and George Dodson stepped up and put themselves out there to help our city.  The reason why their supporters are so vigilant and suspicious of any candidate that is tied to the Protect Colleyville PAC or their supporters.  These people have worked way too hard over the past several years to rid city hall of the reign of Kelly and are committed to these people never again being in a position of influence in our city.  There are not “two sides” in Colleyville politics that need uniting.  This isn’t about philosophical differences.  It is about deception, self-serving policies, and a closed system being scrubbed from our elected offices by a “side” that welcomes and supports any candidate who is honest and wants what is right for the people of Colleyville.

As we take a post-election deep breath and get on with our lives, I have one sound piece of advice for anyone considering a run for city council next year.  Do yourself a favor, make it crystal clear that nobody associated with the Protect Colleyville PAC has anything whatsoever to do with your campaign.  As campaign manager for Kathy Wheat, I can tell you that Karl Meek and the Protect gang’s involvement with Jon Bullock’s campaign, was a gift that made Jon very easy to defeat.  A big factor for all three unsuccessful candidates in this year’s race was their support from and chumminess with the Protect kingpins.

Being tied to anyone associated with Protect Colleyville PAC has proven to be the kiss of death for any candidate and there is no reason to believe that next year will be any different.  It’s a new era of inclusive government in Colleyville and the David Kelly era is officially over.