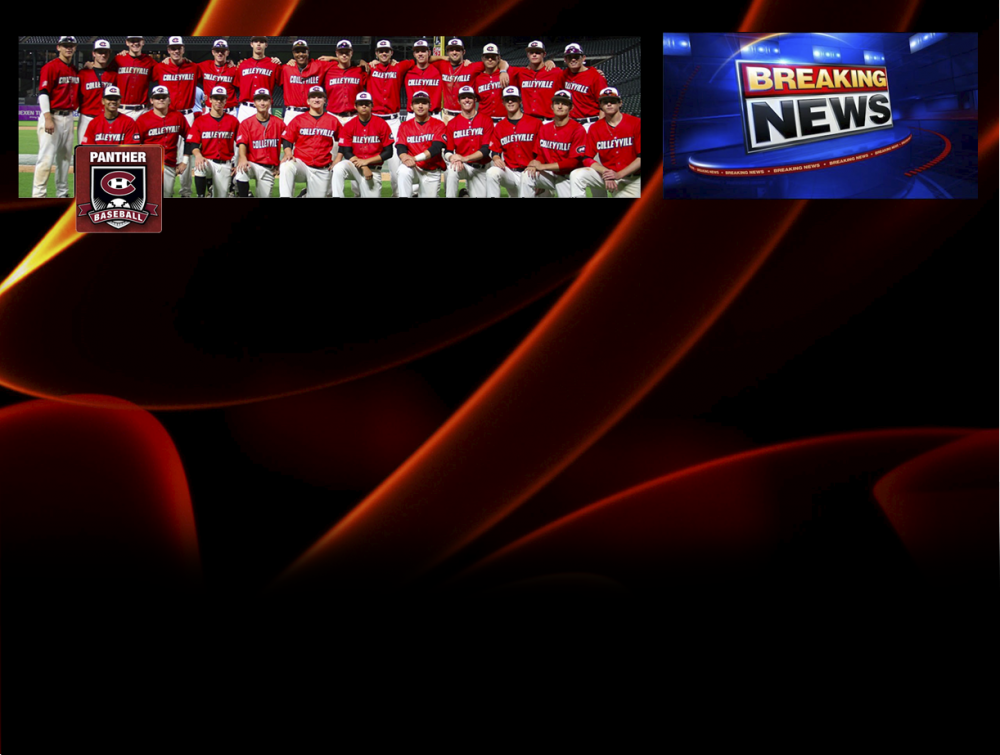 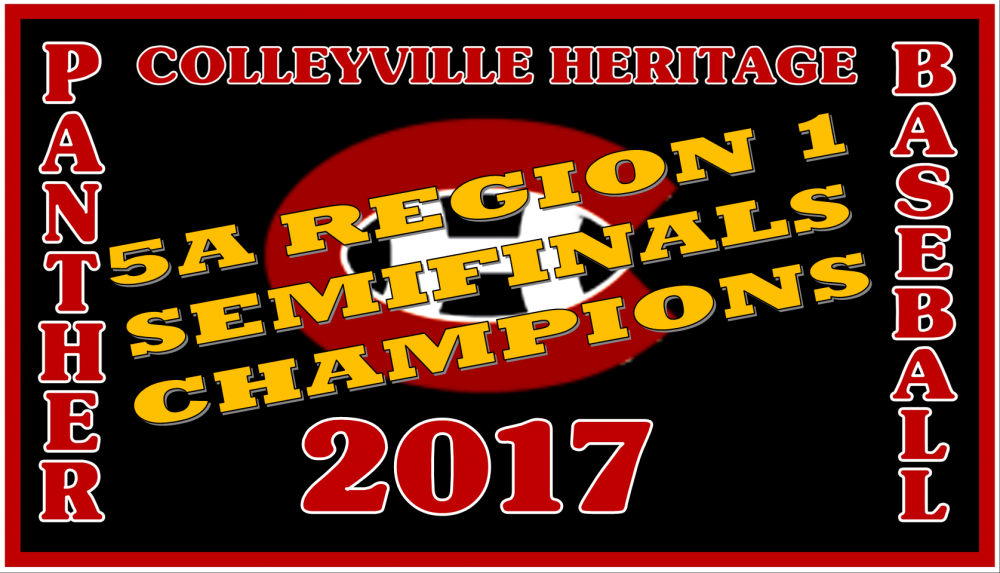 The Colleyville Panthers (38-4-1) slipped past the Grapevine Mustangs 1-0 in the first 5A Region 1 Finals playoff game on Friday, June 2, played at Brock High School. The  game had been scheduled to be played at Dallas Baptist University but was moved to Brock because of rain and lightning at DBU. Colleyville’s Alex Scherff threw a one-hit shutout striking out 10 and allowing four walks.  Scherff had been named the Gatorade Texas Baseball Player of the Year earlier in the week.  The Panthers’ Brooks Bostick’s RBI single in the bottom of the second drove in the game’s only run.  The Mustangs’ Connor Neuman pitched a three-hitter for Grapevine (30-12). The second and third (if necessary) game of the series is scheduled to be played at Grand Prairie High School on Saturday, June 3. The series winner will advance to the 5A State Championship Tournament at Dell Diamond in Round Rock next week to play the Region 3 champion, Port Neches-Groves. 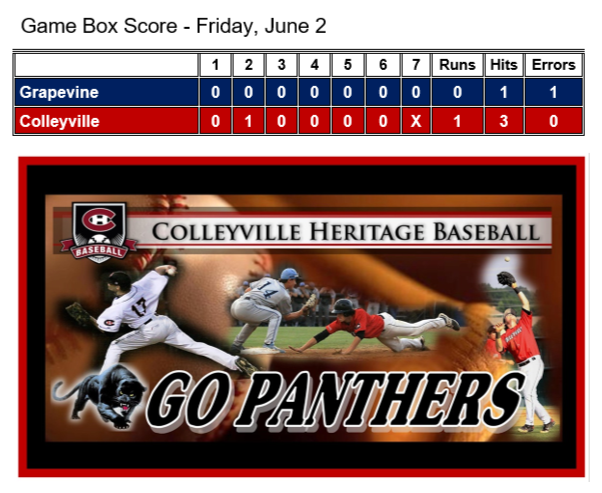