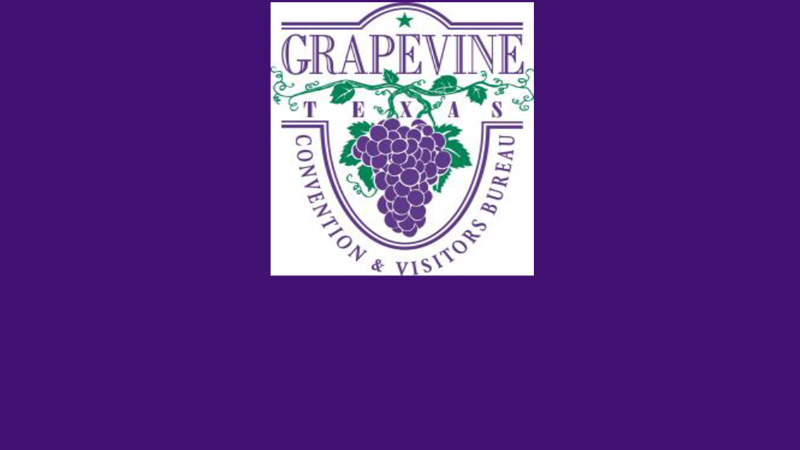 On Friday, June 9, the Historic Downtown Grapevine Association in partnership with Tolbert’s Restaurant and Chili Parlor, will dedicated the new mural painted on the south side of the Tolbert’s building. The mural, painted by renowned Western artist Stylle Read, is the 26th piece of public art and newest addition to Grapevine’s Public Art Trail. The mural dedication will take place at 10:30 a.m. at 423 S. Main St., Grapevine.

The 16 foot by 38 foot mural is on display in Historic Downtown Grapevine along Main Street, on the south side of Tolbert’s Restaurant. The mural depicts a common scene from the 1880s, when the cattle came in from the Eastern trail to join with the herds traveling up the Chisholm Trail to Kansas. Denton Creek Bottoms, just north of the Grapevine Township, was a natural holding area for cattle herds before joining the migration along the Chisholm Trail. Denton Creek Bottoms is a mile from downtown Grapevine and now the bottom of Lake Grapevine. The scene also depicts “cocineros” or “coosy,” the Spanish word for trail cook. As the cowboys, or drovers, held the cattle steady, the “coosy” prepared the meal in Dutch ovens for the drovers. Chili was a meal staple along the trail.

The host wall and business for the mural is Tolbert’s Restaurant and Chili Parlor. Frank X. Tolbert was the co-founder of the Terlingua International Championship Chili Cook-Off. He was the author of “A Bowl of Red”, founder of Tolbert’s Restaurant and Chili Parlor and brought about the renaissance of Texas chili a little more than 50 years ago due to his passion for this historic Texas cuisine. Tolbert’s is located at the corner of Main and Franklin Streets and occupies the southern-most portion of this three-part building. Like the 1911 Robinson’s Mercantile that occupied all three portions, Guest Furniture & Antiques filled all three buildings from the 1970s to 1990s. In the 1930s, Grapevine’s first washateria, the “Help-U-Self” opened, followed by a skating rink in the 1940s. The Woodman of the World hall once occupied the second story and was the largest meeting hall in town.

Stylle Read, the artist behind the piece titled “Is It Chili Yet?,” describes murals as the perfect medium to express his love of painting and history. His nearly 38-year art career has earned recognition as one of the top Western artists in the country and his private and commercial work can be seen on walls from California to Tennessee and all throughout Texas.

The mural dedication is open to the public. The mural was paid for by a grant from the Grapevine Convention and Visitors Bureau, Historic Downtown Grapevine Association and Tolbert’s Restaurant. Stop by and see the mural then enjoy a taste of the famous “Bowl of Red” and Dutch oven apple cobbler, a trail treat, at Tolbert’s.