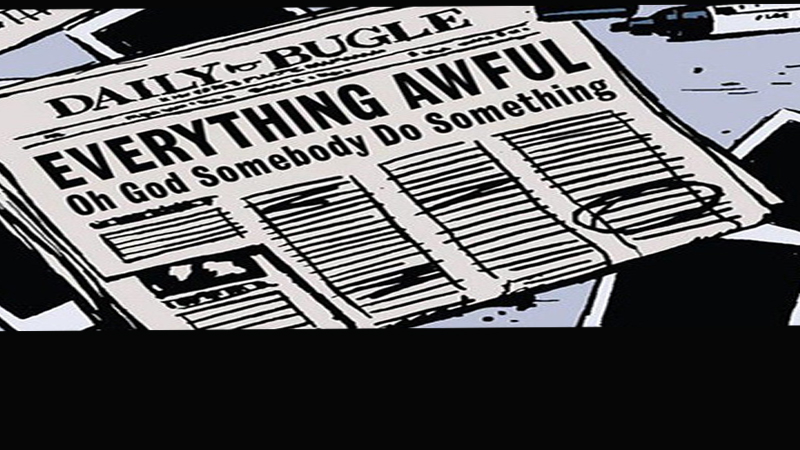 For all practical matters, local newspaper coverage has successfully been wiped out.  Along with AH Belo shutting down the 125 year old Grapevine Sun, now comes the Star Telegram,  after forced shutdowns in Northeast Tarrant County of what local coverage was available, now not so generously offering local readers in Bedford Colleyville, Euless, Grapevine, Hurst, and Southlake coverage under the  title “Star-Telegram Northeast.”

If one considered the populations of these communities ( Scource: citypopulation.de/USA-Texas.html) at 252,571, if it were a sole city it would be the 10th largest city in Texas, if one adds in Keller, it would be the 9th largest city.  If you still subscribe to the Star-Telegram, which has continued to see their subscriber base decline, you received the June 14, 2017 issue of the “Star-Telegram Northeast,”  one certainly did not gain much news knowledge.  In fact if one considered the actual 2 1/4 pages that was not advertising, that works out to one page per every 112,253.78 of  population.  Of course, Colleyville received only 1 modified mention in a limited informational police report for a total of less than 5 column lines.

This time do not expect local newspaper sources to return from the large newspapers that are literally dying by a thousand paper cuts!  Therefore, one will receive a minuscule amount of local coverage, with the ongoing onslaught in the main paper of the liberal McClatchy Company and it’s Food and Editorial Guru Bud Kennedy.  The Front Page of the Star-Telegram is more likely to have copied stories from the Washington Post and New York Times, along with these sources and their propensity to print Fake News from anonymous sources.

What is back filling the news gaps in local communities?  Local entrepreneurs putting out their local independent online news.  In fact, an organization formed 3 years ago, the Local independent Online News has pulled together already more than 110 independent local online news publishers, including LocalNewsOnly.com.

To our knowledge, of these news services, there is no operation that has been in longer continual operation for 17 years, than your LocalNewsOnly.com A major contrast in content between the Star-Telegram and LocalNewsOnly.com is while the S-T remains locked in and blinded by liberal bias, LNO is and continues to declare it has an offsetting Conservative bent in the publication.

However, in order for LNO to grow in it’s coverage, the organization will have to expand the income base.  Besides going after active advertisers (no pop up ads), LNO is still considering a subscription base of $25 to $30 per year to view all of the articles, while some of the basic information will continue to be available at no charge.  If successful these two revenue streams will allow LNO to boost coverage in the North East Tarrant area.  In fact, any news hounds that would like to jump in and help gather local news as a “Volunteer” are welcome to contact editor@localnewsonly.com and let us know your area of interest.  One example is our Sport’s Reporter, Lonny Watson, covering primarily Colleyville and Grapevine sports and of course our long term Police Reporter, Linda Baker.

The Editor of LNO flies to Phoenix on Friday to discuss strategy with other independent online news sources to a LION Publishers workshop.

The following is an article by Matt DeRienzo, Executive Director of LION Publishers appears below.

A diverse local news ecosystem is emerging, and it doesn’t need ‘scale’ or venture capital

This has been a very bad year — after a succession of bad years — for journalism jobs at big corporate chain-owned local newspapers. Given what’s left in some newsrooms, and the flailing business models of their parent companies, it’s hard to see it ending well.

But there’s good news about what is likely to and already is starting to replace them — a diverse and eclectic mix of small, independent local journalism startups that are deeply rooted in the communities they serve. It’s not an easy or simple story for media watchers to tell, because there’s no single model or narrative, or big flashy company to write about. Some are nonprofit. Some are for-profit. Some cover niche topics. Others are general interest. And almost none are returning 25 percent profit margins to a group of investors, or doing much more than providing great journalism to a community while making a decent living for the people who run them.

Indeed, there is not a ton of money to be made in these endeavors. No venture capitalists or hedge funds should be interested. Big chains won’t be successful at it. And local journalism could end up far better because of that.

Patch, and others before it, failed in attempts to “scale” local news with cookie cutter sites in hundreds of communities. You can’t create the Pizza Hut of local news, and who wants to eat the food at Pizza Hut over their local, authentic pizza place anyway?

So if we start with huge profits and “scale” not being the goal in the first place, the conversation about local news starts to take an optimistic turn.

LION Publishers (LION stands for “local independent online news”) was formed only three years ago by journalism entrepreneurs who were dedicated to that ideal. Today it has more than 110 members in 30 different states and is growing more rapidly as newspaper cutbacks create both gaps in local journalism and commerce, and potential entrepreneurs who’ve been laid off or bought out.

Dozens of LION members will gather in Phoenix for a workshop then again in October at its annual conference in Chicago, to share battle stories and mentor publishers who are just launching their own indie news ventures.

Their story is under-told in part because they don’t neatly or alone do what local newspapers used to do. As a diverse, eclectic ecosystem of local news that includes playing off what is left of legacy news operations, though, they can go far beyond it.

Local independent online news sites are more just as likely to be led by women than legacy media outlets, and they are emerging to cover and give voice to minority communities long ignored by traditional newspapers.

The hand-wringing over the latest move by platforms such as Facebook and Apple are mostly irrelevant to these sites. They’re not harmed by, nor stand as much to gain from, these things as the New York Times or Buzzfeed. They’re not operating in the same universe.

And not being big enough to make significant money off targeted advertising is freeing when you consider the impending ad blocking crisis and what the explosion of programmatic exchange inventory has already done to CPM rates.

That’s why sites such as Billy Penn in Philadelphia are instead focusing on great user experience, and the kind of local events revenue and native advertising that work for its community but not necessarily someone else’s. Others are thriving off advertising alone. What makes a successful business model can be as different as communities are different.

Last week, a number of legacy organizations tuned in to a program at the CUNY Graduate School of Journalism in New York to learn about the success that independent local news sites such as Berkeleyside, Voice of San Diego and MinnPost have had in building membership programs.

Instead of having an audience furious about paywalls, popup ads and subscription rate increases, Berkeleyside is getting 20 percent of its revenue from readers who are voluntarily donating money because they appreciate the site’s journalism that much. And Berkeleyside, mind you, is a for-profit news site.

That’s what happens when huge profits and scale aren’t the goal. There is growing recognition among readers, businesses and local foundations that journalism is worthy of charitable giving — nonprofit sites, for sure, but also realizing the altruistic mission of many for-profits.

From the Lower East Side of Manhattan, to Charlottesville, Virginia, to Tucson, Arizona, readers have stepped up to crowdfund the expansion of local journalism at indie news sites.

Recently, VT Digger and a nonprofit weekly newspaper, The Commons, teamed up to jointly create a new reporting position so they could hire a veteran reporter who had been laid off by a Digital First Media newspaper. He was doing important coverage on the decommissioning of the Vermont Yankee nuclear power plant, and will continue it thanks to these indie news organizations.

And there is money to be made.

On Long Island, the for-profit Riverhead Local has become so dominant in local news coverage that it is now the chosen outlet for posting of government legal ads.

San Angelo Live in Texas has an advertising-supported email newsletter that alone generates more revenue than some of the smaller independent local news sites.

Carson Now in Nevada has innovated with customizable banner advertising formats, and Redbank Green in New Jersey is giving local restaurants a better alternative to Yelp with its “Piehole” directory.

Brentwood Home Page in Tennessee has expanded into neighboring communities and has increased its staff from seven to 12 over the past year.

Richland Source in Ohio is covering local news better than any newspaper was in that community 10 years ago.

The Lens in New Orleans has been a critical, award-winning journalistic voice as its city has attempted to recover from Hurricane Katrina. And it has found new revenue streams in selling some of its content to national outlets including Slate, The Nation and the Weather Channel.

Billy Penn owned coverage of the Amtrak train crash in Philadelphia earlier this year by not thinking like a legacy news organization, and instead embracing its place in an ecosystem that includes traditional TV and newspapers, citizen journalism and other independent sites.

The Watershed Post in New York helped organize relief efforts for residents in the wake of Hurricane Irene. Jersey Shore Hurricane News built a news organization on Facebook out of necessity as neighbors tried to help each other during Hurricane Sandy. It lives on as a local news source with more than 225,000 followers.

It’s still very easy to fail at this. Many a former legacy media journalist has launched a local news site with no business plan, and sometimes too broad a strategy on content and audience, expecting that if they built it, readers and revenue would come. Other sites have come and gone as the personal circumstances of the founders have changed.

Another adjustment that we need to make in talking about local news is that the solutions that emerge might not be around for 100 years like we expected from the typical newspaper. But the environment exists for new outlets to emerge and take their place.

That will happen if organizations such as LION can continue to expand advice and training for journalists who want to become entrepreneurs, and if future of news discussions embrace the diversity of the emerging local news ecosystem and find peace with the economics of it.

Matt DeRienzo is interim executive director of LION Publishers and a former editor and publisher with Digital First Media in Connecticut. Contact him at mattderienzo@gmail.com.