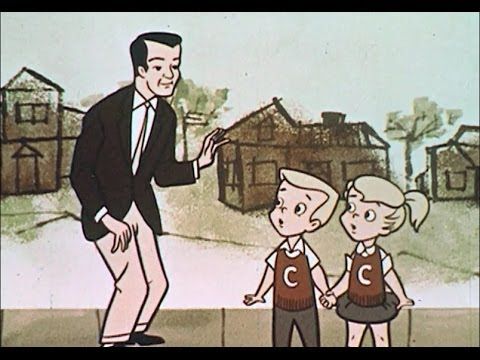 Please help us identify this man! On Sunday, between 1:15pm and 1:30pm, the man pictured below made disturbing comments to a child and another child’s mother who were shopping in Target on Ira E. Woods. According to witnesses, he made a lewd comment to a 9-year-old girl about assaulting her. A few minutes later, he propositioned another child’s mother about sex acts with her 11-year-old daughter. The man left before store personnel were alerted and called police, but he was seen driving a gray or gold car. He is described as a white male, approximately 5’6” and 40 years old. He has dark brown or black hair, and was wearing a black shirt and pants, with black shoes. Detectives want to find and speak with this man immediately. Please share his photo, and call police immediately with information. You can reach our non-emergency dispatch line 24/7 at: 817.410.8127 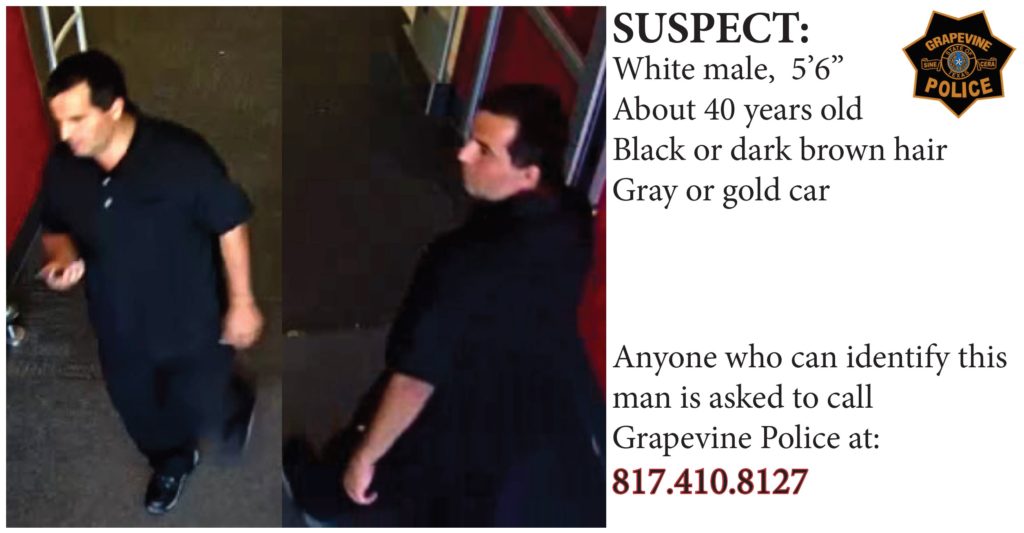 We are now investigating a second incident involving a stranger encounter with a child in Grapevine – and the suspect description is similar in both cases.

Just after 3pm today, a man exposed himself to a 9-year-old female student from Dove Elementary.  It happened a couple of blocks from the school on Laguna Vista Way.  The student was on the sidewalk, talking to her mother on her cell phone, when a dark gray or silver sedan drove up to the sidewalk, and the driver exposed himself to her.  The man is described as heavy set, white, 30-40 years old, with dark brown hair.  He was wearing a short-sleeved shirt and tan shorts.  The child immediately ran away, and made it home safely.

Sunday, at 1:15pm at the Target on Ira E. Woods, a man approached a 9-year-old girl and made lewd comments about assaulting her.  He then made suggestive remarks to the mother of an 11-year-old girl.  The man left the store before security was alerted, but surveillance video may help identify him.  He is described as a white male, approximately 40 years old, with dark brown or black hair, driving a dark gray or gold car.

Our department is pursuing all leads and possible connections to these two separate incidents, and will have increased police patrols around the elementary schools this week.  We ask everyone to share photos and descriptions of the suspects, and to stay alert.  Anyone who see something suspicious, or thinks they know who this man is can call our non-emergency dispatch line 24/7 at: 817.410.8127.  If you see something suspicious, write down or take a picture of the car’s license plate.  We applaud parents’ efforts to look out for students in our city.