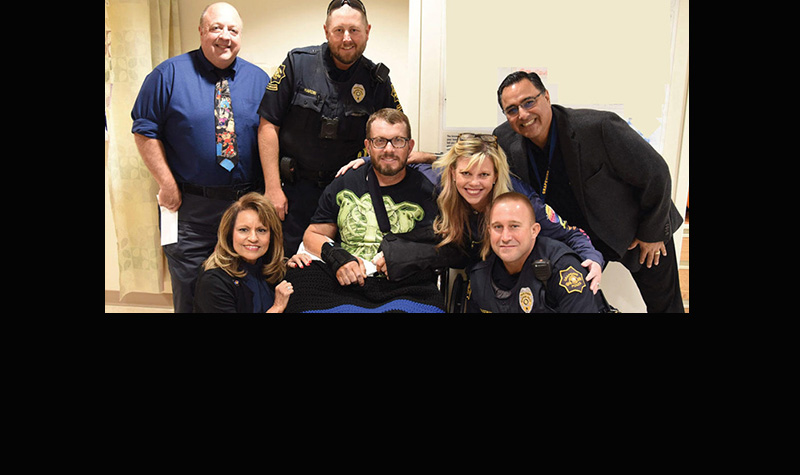 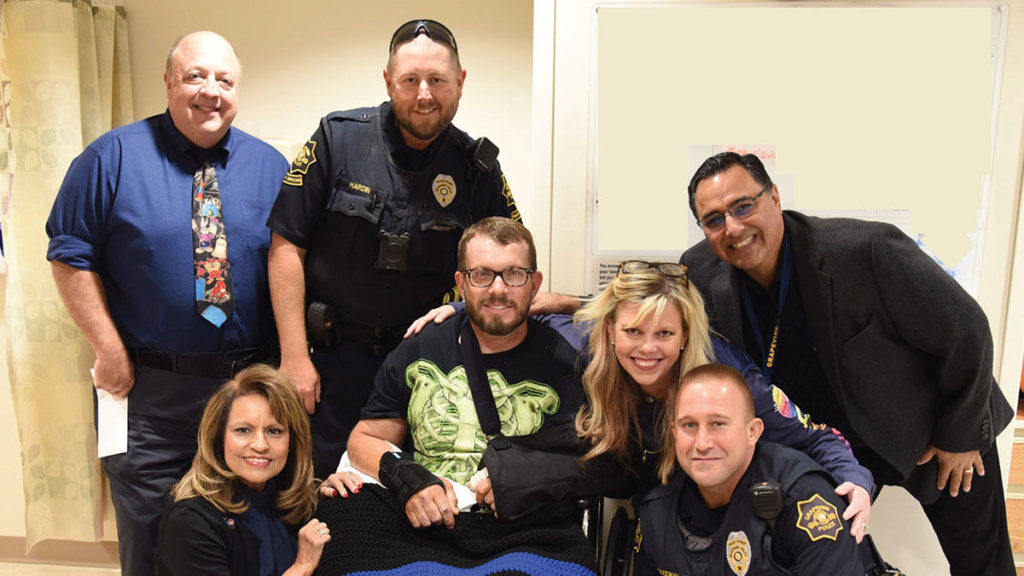 Before Grapevine Police and Fire Departments celebrate his hospital release with an official send-off, Senior Officer Hudson would like to publicly thank everyone who aided his recovery.  Baylor Scott & White Medical Center-Grapevine will hold a news conference Wednesday, November 22, at 11am, with Hudson’s physicians, Police Chief Eddie Salame, Sr. Ofc. Hudson, and his wife, Angie.

On Thursday, October 19, 2017, Sr. Ofc. Hudson was going after a traffic violator on SH-121 when an SUV swerved into his lane and hit his motorcycle.  The impact sent him into the median.  First responders transported Sr. Ofc. Hudson to the hospital with numerous internal injuries, broken bones, and lacerations.

Physicians initially predicted he would begin physical therapy in four to six weeks.  However, Sr. Ofc. Hudson proved he was ready on Day 11, and immediately began working to regain strength and mobility.  His full recovery will take several more months.  Thanks to the unwavering support of his family, friends, fellow law enforcement officers, firefighters, paramedics, and hospital staff, he is ready to go home.