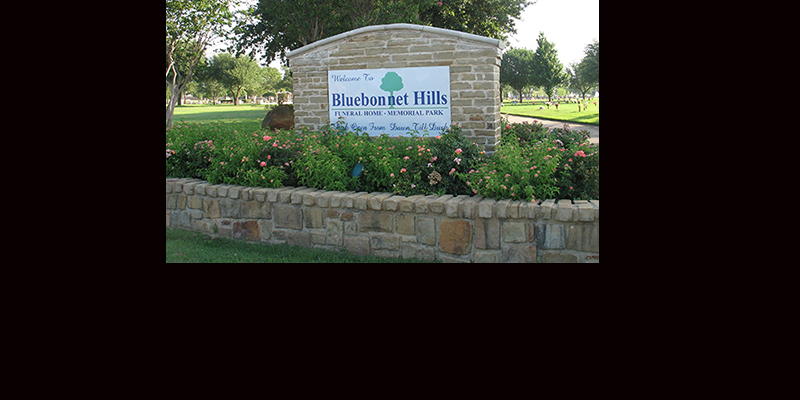 The following letter was made available to homeowners located on Hall Johnson near the new project undertaken by Bluebonnet.

I am writing to update you on the Bluebonnet cemetery expansion. City staff has spoken with the management at Bluebonnet and will be meeting next week to review the following concerns:

At this time all work has been stopped. I hope to have more information by the end of next week.

I am more than happy to discuss this issue in greater detail via email or call – should the need exist. Regardless, I will update all the parties next week once we have a firm plan of action in place.

No doubt many of you have noticed that Bluebonnet Hills has begun constructing a build out of their existing property to the north of Hall Johnson. They have moved large quantities of fill dirt and constructed a retaining wall with concrete pavers to be topped with a low chain link fence.

These modifications have the potential to alter surface water runoff and negatively affect the property values of Stone Crest HOA members. We have contacted representatives of Bluebonnet Hills and the City of Colleyville for an explanation of this plan and whether it was specifically permitted. We have been told by both that the construction is pursuant to a master plan approved in 1979.

We have requested a meeting with the general manager of Bluebonnet Hills to discuss reasonable modifications to make the improvements less unsightly, namely utilizing black wrought iron (as they’ve used closer to Highway 26) and the addition of appropriate landscaping. Their position is that they are under no responsibility to do so and intend to complete their project in its current form.

If you share our concerns that this project was started without seeking the input of those Colleyville residents whose property values are affected by their decision, please contact me and make your voice and opinion  known and heard. The City and Bluebonnet are aware that some of us are unsatisfied with their plans and want substantial changes made. The position of the City is that Bluebonnet is acting within their grant of authority. Bluebonnet is receptive to meeting, but so far uninterested in changing their plans.

I’m interested in hearing from homeowners who agree that this project is unacceptable in its current form and that changes must be made. I can be reached at jcheatham@hotmail.com. Thanks,