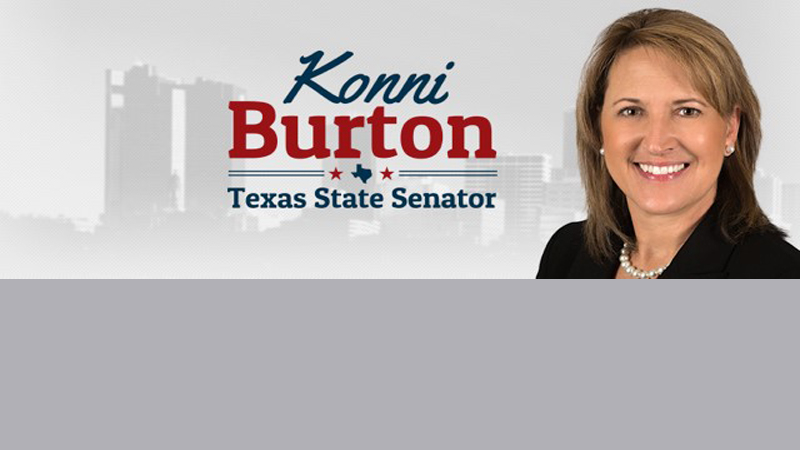 At Tarrant County GOP headquarters today, one of Texas’ most conservative state legislators filed for re-election.

State Sen. Konni Burton (R-Colleyville) filed for a place on the 2018 Republican primary ballot to represent Senate District 10, which encompasses most of southern Tarrant County including part of Fort Worth.

Acknowledging the group of grassroots conservatives who joined her as she signed the paperwork, Burton said, “The most important people here to reach out to for re-election are the people.”

Asked why they endorse Burton for re-election, one supporter responded, “Konni is a true public servant. She is a member of our community and she does everything she possibly can to make Tarrant County better for each and every one of us.”

Another added, “The reason I support her is our senate district needs to remain a conservative district. That helps small business owners, that helps the economy for the region because we don’t go out and spend money willy nilly.”

“I’ve been so honored to represent you for SD 10 for the last two sessions, almost four years now,” Burton concluded. “I look very much forward to representing you again for the next four years.”