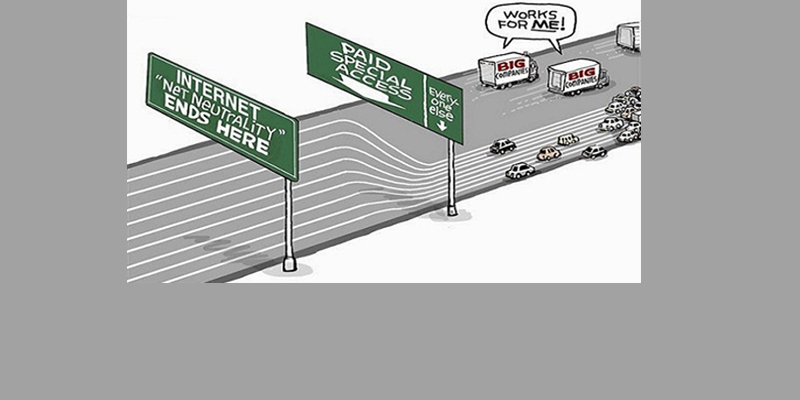 The loss of net neutrality threatens local journalism
Please contact you representatives and ask the Federal Government NOT to change Net Neutrality!

The net neutrality clock is ticking down to midnight. On Thursday, the Federal Communications Commission will vote on whether to roll back the neutrality protections the Obama administration put in place in 2015. Those rules prevent cable and telecom companies from charging more for certain kinds of content, or giving favorable treatment to specific sites and services.

The neutrality fight has drawn support from a number of quarters, including the geek community at Reddit, which has done a better job of covering the issue than many mainstream media outlets. The founders of the early internet—including Vint Cerf and web creator Sir Tim Berners-Lee—have spoken out against the move. FCC commissioner Jessica Rosenworcel even took the unusual step of begging voters to put a stop to the planned changes.

There is more than just a political battle at stake. A new report from Stanford’s Berkman Center for Internet and Society argues that if net neutrality disappears, it could have a significant negative effect on the local journalism market in the US. Author Adam Hersh says the market for local news is in an extremely fragile state, thanks in part to the decline of advertising, and the loss of net neutrality protections could hit local providers particularly hard.

Local journalism plays a vital civic role, Hersh says, because it is often the first source of information in a crisis and is backed by a depth of knowledge about local politics and culture. The risk is that a market without net neutrality “favors big players that can negotiate effectively with ISPs, and reduces content providers’ ability to innovate without permission,” since new efforts to reach readers or viewers—especially if they take the form of video or other bandwidth-heavy innovations—might be penalized by large carriers.

Here’s more on the issue and why it’s important: