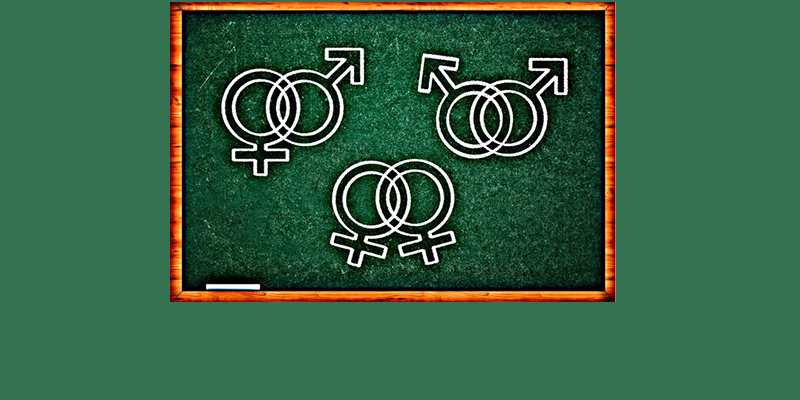 While voices in the GCISD apparent wilderness have questioned the integrity, legality and non-partisanship of the GCISD “Culture of Voting,”, now the Attorney General of Texas Ken Paxton has done his own Open Records look into GCISD.

Apparent GCISD Illegal political activity and LBGT Middle School surveys have many questioning what happened to our once exceptional educational directions at GCISD?

Despite the voices of Chris Putnam,(See Putnam Letter to Supt. Ryan in November 2017 below) Dave Medlin , LocalNewsOnly.com and others, GCISD has thrown a smoke screen over the numerous Open Records Request.  In fact, the most recent response from GCISD concerning internal emails of Trustees, Superintendent Ryan, et. al., was met with the, well you can have our open records for only $15,000 !

So at GCISD, Open Records are dependent on a citizen forking over $15,000, in other words, the GCISD group honors open records request by pricing the request out of all reasonable and rational thought.   However, NOW the AG of Texas is going after these records, as well as investigating potential violation of Texas Law against GCISD using funds to support, or promote any political cause or candidate.

This was then followed up with a Middle School Teacher in the District sending an LGBT form out with Middle Schoolers to get their take on the subject matter of LBGT.  Apparently this trumps any and all other concerns of parents, educators and taxpayers, according to the “we are the tolerant crowd!”

Seems GCISD has been oblivious to it’s constitutional duties in the State of Texas, by their ongoing efforts to influence local elections.

Since mid-January, Texas Attorney General Ken Paxton has been going after school districts over a resolution meant to encourage voting.

The “Culture of Voting” resolution includes an option for school districts to provide transportation to polling stations.

In January, Paxton said busing students to polls can’t be done unless it serves an educational purpose, according to the Denton Record-Chronicle.

A month later he issued cease-and-desist letters to the school districts in Clute, Holliday and Lewisville, stating in a news release, “These school districts used taxpayer resources to distribute messages to their staff and the public advocating for or against certain political candidates and measures.”
According to the Texas Tribune, Paxton, a Republican, said that school officials can’t use tax dollars or public social media accounts to express opinions about particular candidates, measures or a political party. One example cited was Brazosport Superintendent Danny Massey, who tweeted in support of Republican lieutenant governor candidate Scott Milder.

The Lewisville school district account tweeted, “We are asking for support from our state Legislature. We’re not getting it. It’s time for change,” in another example Paxton cited.

Most recently, Paxton’s office has sent open-records requests to the Allen, Mesquite and Grapevine-Colleyville school districts requesting all emails between superintendents and principals pertaining to voting, The Dallas Morning News reports.

Many of us that have been involved in politics locally have seen this disturbing dynamic creeping into the district for some time.  It started with the bond election when the district and trustees leveraged the well-known “gray area” to advocate and campaign for bond approval.  Now it seems clear the district is using taxpayer resources to organize gray area groups and campaigns to influence state and local elections.  As a proud GCISD parent and supporter of our public schools it’s very disappointing.  The recent trend of non-partisan government agencies at all levels of government being politicized to advanced their own agendas is frightening.  It is clearly occurring here at home now and needs to end immediately.  The district’s political agenda and tactics are completely obvious, and I would strongly encourage you to stand down and allow our voters/taxpayers to make their own decisions.

By way of personal background, my mother was a public school teacher for 40 years in the most challenging school in our district.  My wife was an elementary school teacher, counselor and was awarded the PTA Lifetime Member award several yeas ago.  My grandfather was a public educator as well.  You may know that I personally organized and led the effort to allow Colleyville and Grapevine children zoned in other districts to transfer to GCISD.   We believe in public education in our family, educate all of our children in our GCISD schools, and support our teachers, coaches and schools.  I have also been a personal public supporter of yourself and several other administrators that I know personally.  However, that doesn’t mean we abandon our right to ask tough questions or even challenge how the district and/or our trustees are managing the district financially.  And it is time for an honest – not district manipulated – public conservation about GCISD spending, taxation, debt and curriculum.  Instead I get propaganda mailers in my tax bill blaming high GCISD tax rates exclusively on Robin Hood and coordinated talking point campaigns from Trustees, the PTA and other district-affiliated organizations.  Anyone paying attention can see this coordination and the scripted talking points clearly on many of the local social media group pages.  People that question or challenge these talking points or disagree with Trustees or their surrogates are instantly labeled as “public school haters.”

Now the district and its leadership are brazenly creating enemies out of conservative republicans who are demanding property tax reform and warning about the level of indebtedness of our school districts – a staggering $1 billion dollars of debt in the case of GCISD.  We can agree that Robin Hood is absolutely heinous (as with all forms of socialism) and should be replaced immediately, but it has been the operating model since 1993 and the financial issue is far more complex than just recapture as you well know.  The advocacy from the district and its trustees is always strictly about increasing revenue and never about cost reduction strategies or efficiency innovations.  It’s time to have a different conversation because many of residents and taxpayers can no longer afford the ever-increasing tax burden.  Many GCISD families have literally had to sell their homes to downsize to remain in the district, and most of us will not be able to retire and keep our homes with the high tax burden.

There are also thousands of private school families in Grapevine and Colleyville, and the district and our trustees have assumed a very public political position against any form of school choice.  The district and its leadership should in no way politically advocate for or against this issue either.  And yet the district and its trustees have weaponized the PTA and other groups for full scale political warfare on this issue in this coming spring’s primary elections.  They are literally labeling these families and anyone who believes that some their personal tax dollars should be allowed to be used for the education they choose for their children as enemies of the district and our community.  These private school families also fund our district with their tax dollars and have a voice even if their children don’t attend GCISD schools.  It’s not the role of the district or our trustees to demonize these families simply because they have made a different educational choice.  Many of them are also struggling to afford both private school tuition and rising school property taxes.  It is arrogant, offensive and frankly frightening to demand that a government provided education is the ONLY choice our residents and taxpayers should be allowed to have, and then publicly attack anyone who disagrees or chooses a different path.

Please sir, get back to the otherwise excellent job you are doing educating our children and leave the politics out of administration affairs and leadership.  Provide us with transparent, objective, fact-based data on the district’s financial picture and performance.  In five years there will inevitably be another bond election.  Rather than sell new debt initiatives with fake parent steering groups that are led to desired outcomes, involve the entire community and not just hand-picked delegates.  Disclose the current amount of principal and interest obligation the district is already carrying on the ballot when asking taxpayers to assume more debt so they have all the facts.  Stop the public finger-pointing to deflect the blame for our high taxes and take responsibility for your own spending, debt and taxation decisions.  Neither Governor Abbott nor Lt. Governor Patrick increased our property taxes or were responsible for recapture.  The district and Board of Trustees are solely and exclusively responsible for our budgets and setting tax rates.  And as you continue to blame Robin Hood while assuming political advocacy positons and organizing to oust conservative republican legislators please remember that it was Democrat Ann Richards and a Democratic State Legislature who gave us Robin Hood in the first place.