Candidates for GCISD School Board have met for questions and answers twice, unfortunately the first,  held by the Colleyville Republican at  the Colleyville Center, was sans the two incumbents, because of a prior commitment to a School Board Meeting the same night.  However, the questions for the candidates were provided in advance and both Mindy McClure and Becky St. John had surrogates to read their answers to the written questions.  In Becky St. John’s case her daughter,  appeared on her behalf, ( she is a Senior in the GCISD, district). 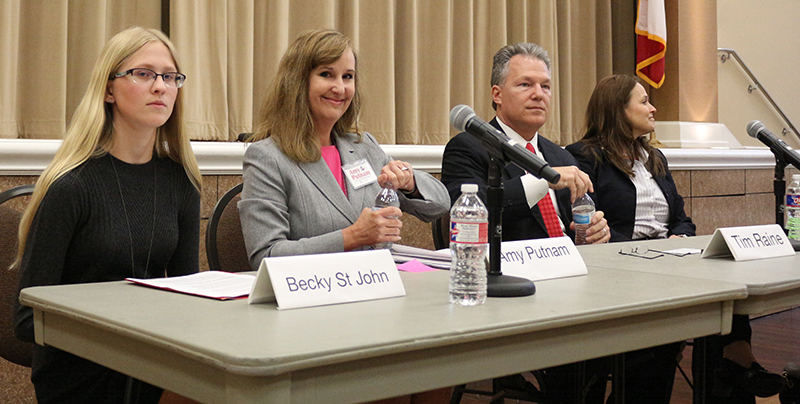 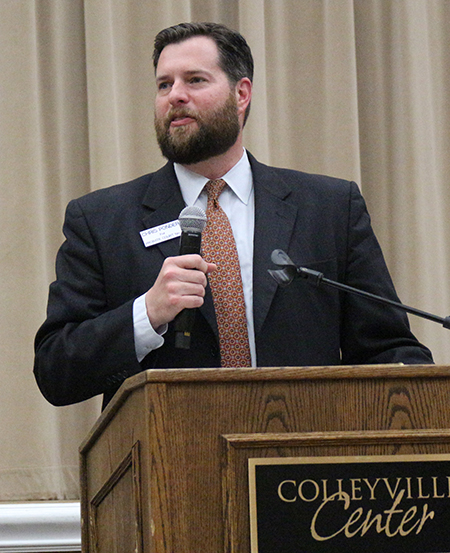 Attending Chris Ponder, GOP Candidate in a run
off for Probate Court 1 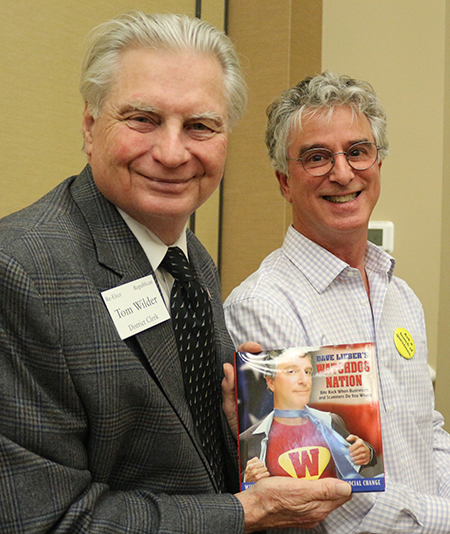 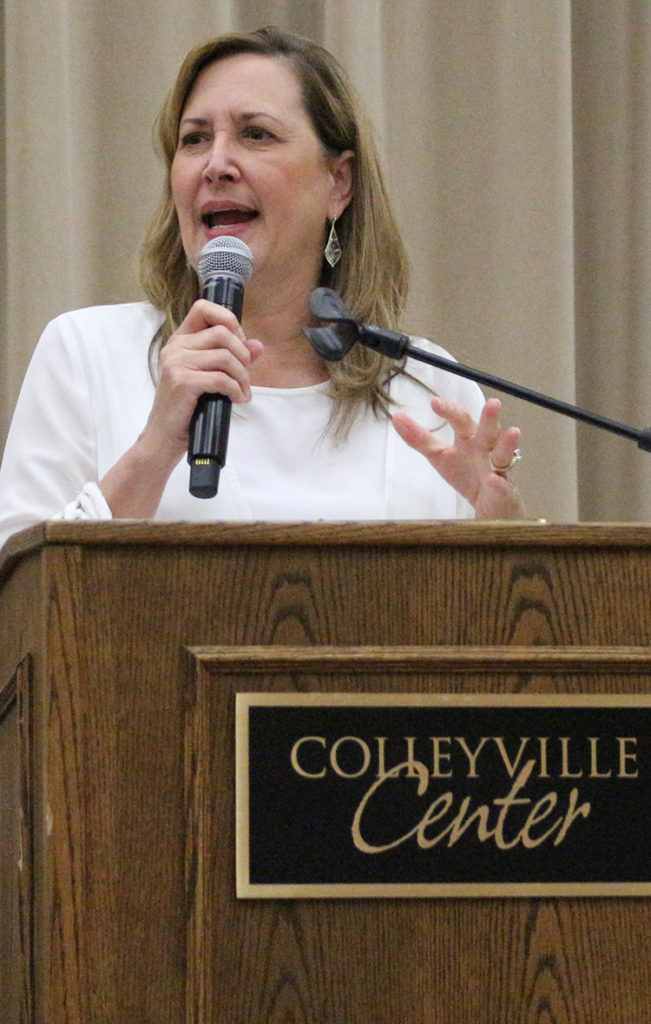 Senator Dist. 10, Konni Burton, who has an opponent in the General Election 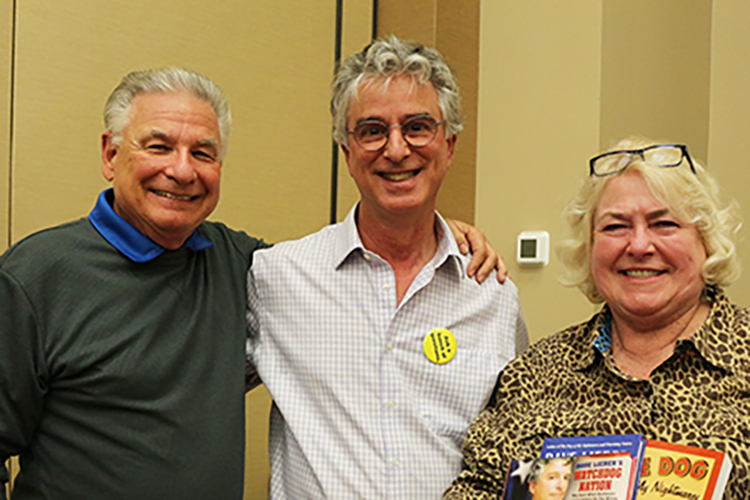 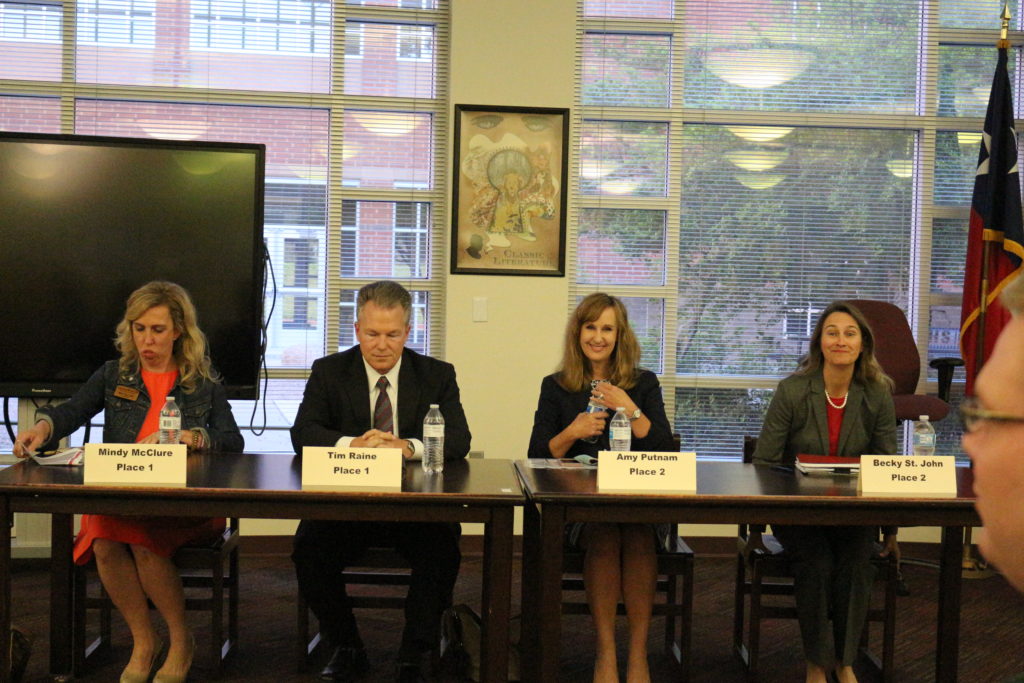 The second meeting of the candidates was at the Colleyville  Heritage Library following a GCISD PTA meeting. 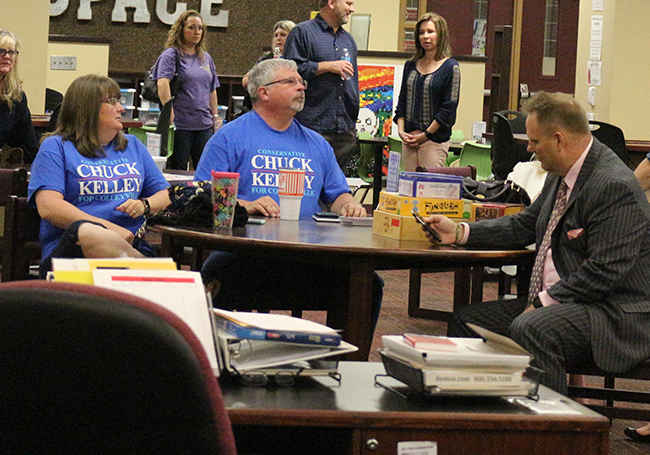 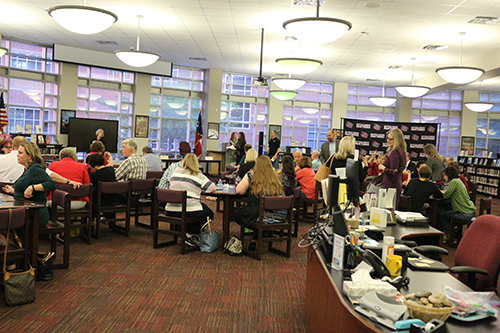 Candidates included Place 1 Incumbent, Mindy McClure completing her first term and seeking another term.  She commented she likes the way the District is going.   Each Candidate was ask their top priority problem with GCISD- McClure stated Safety Issues, Student Focus and Robin Hood.

Tim Raine, candidate for Place 1 is a Past President of the Board of GCISD Trustees and decided to run because of the compelling calls he has received concerning deficit budgets, teacher turn over, and sky-high school property taxes.  He stated the first problem in his mind is security at the schools, for example CHHS needs more than one Resource Officer and getting a balanced budget back into the picture.

Amy Putnam, candidate for Place 2, is a former school teacher, that also has earned a Master’s Degree in Education and a past recipient of the PTA Lifetime Member Award.  Her immediate priorities were obtaining a.) a lower tax rate, b.) obtaining a healthy fund balance and c.) a top tier education for students.

Becky St. John, completing her third term as a GCISD Trustee is running for a 4th term. The first priority is Taxpayer Issues and Robin Hood.

At one point the question was ask of all GCISD Trustee Candidates their opinion of the Attorney General of Texas providing a warning letter about the antics in the district known as  the “Cultural of Voting” program.

This issue was first brought to the attention of LNO from a letter to Superintendent Ryan from Chris Putnam in November 2017, as well as an LNO Open Records Request wherein the GCISD District quoted those wishing to obtain background emails among Trustees on the “Cultural of Voting” question, initially a tidy sum of $15,000 to get the information.  The following articles in LNO followed.

GCISD off the Tracks!

as well as, Another Open Letter to the LNO Editor on the Same Subject

With the knowledge the Texas Attorney General Ken Paxton had warned several school districts INCLUDING GCISD, that this type of electioneering in and on taxpayer’s school property, as well as taxpayer’s paid teachers, that the “Cultural of Voting Program,” apparently hatched among school Superintendents to help ensure higher voter turn outs (especially of those pre-programmed to support millions of dollars in school bond programs).  One might have suspected the two incumbents, McClure and St. John would appear contrite about a program that brought the wrath of the Texas Attorney General for possible violation of the Texas Constitution; but alas both McClure and St. John doubled down.

McClure stated that regardless of the techniques (which included having large projected screens on the walls urging children to get their parents to vote (presumably for the bond issue). She pointed out voter turn outs were low and teachers needed to understand and promote the (“Cultural of Voting).

One might suspect, if teachers need to learn about how democracy works, THEY need to go back to school.

While Raine and Putnam questioned the technique as a thinly veiled effort to indoctrinate children, teachers and parents to vote for School Administration and Trustee driven goals, whatever the cost.

Earlier in the evening Mindy McClure how blurted out, totally out of context, that “Empower Texans”  a privately funded conservative political action group were the cause of a lot of the problems with GCISD; Becky St. John doubled down by saying that “Cultural of Voting'” was not the problem but again  “Empower Texans”.

This brings up the point while elections in this GCISD Trustee Race is allegedly “non-partisan,” nothing could be further from the truth.

While not burdened with the label of Republican or Democrat, make no mistake about it, this campaign as local campaigns in the recent past, are about Conservatives versus Free Spending Liberals.

When the incumbent Trustees cannot ascertain the difference between the use of taxpayer’s monies to promote their agenda, versus a privately funded conservative group; then the pendulum has simply swung too far to a liberal bias. And to hear some of the audience applaud the accusations that Empower Texans”  was to blame for GCISD ills; confirms the point.

When you appear to have a difficult time separating yourself for an activity that has been declared virtually illegal by the Texas Attorney General, “Cultural of Voting,” because you know what is best for the district, regardless, perhaps you need some time off to rethink your priorities.

In this liberal versus conservative viewpoints in Colleyville, the vitriol delivered by the incumbents has unintended victims, for example an ugly incident at CHHS..

At the end of the meeting Thursday, a young lady, previously identified as Becky St. John’s daughter, marched up to the table with the candidates and began to berate Tim Raine.  He had fielded a question about student involvement, with a brief joke about first graders.  The girl,  who had previously been announced by Becky St. John as being accepted at the Air Force Academy was relentless in her bereatement of Raine, because it was “HER” question that had been written on a card and asked by the League of Women Voters representative.  Therefore, NO candidate knew the author of any question.a

Regardless, Mr. Raine suggested the “young lady” calm down, he had made a joke; but she would have nothing of it.  Finally Raine said he knew folks at the Air Force Academy (meaning he know individuals who have attended the Academy), at they probably weren’t going to take kind to her “in your face attitude,”  Immediately, thereafter Becky St. John attempted to accuse Raine that he was threatening to try to keep our out of the Academy.  Don’t you just love the craziness of a local “non-partisan race.”

However, while it is not unusual for children to adamantly support  their parent, it is the parent’s job to instill a sense of protocol and respect for others.  The same young lady, who substituted for her mother at the Colleyville GOP meeting, can be seen constantly shaking her head no; while Amy Putnam was answering a question about too much technology potentially at GCISD.

Once again, a parent, especially at the School Trustee level, should instill some common courtesy protocol in their off spring regarding their conduct with other candidates.