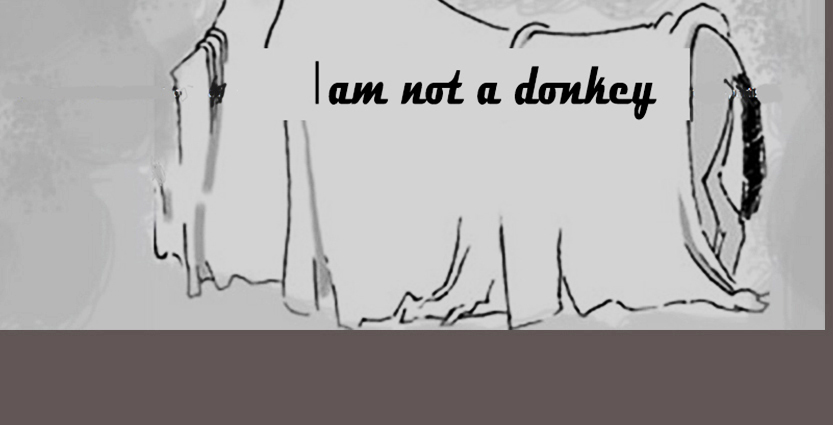 Voters Should Know Those Running for Local Office Hiding Under the Blanket!

Colleyville/Grapevine, Texas  April 24, 2018
a Column  by Nelson Thibodeaux, Editor LNO
The following column represents only the Editor’s opinion and does not necessarily reflect the opinion of any reporter or staff member.

NOTE: All fonts have been changed for those who complained about the font under the Bauer photo, which was captured from the site.

If you do not care, when it comes to local politics, the political leanings, be one a liberal or a  Conservative, or the one supported heavily by Democrats or Republicans or those who mask their true political leanings for convenience when running in the Solid Red County of Tarrant; then this column is not for you; please read police reports or some other non-partisan story on this site.

However, readers it is voting time again in elections for the School Board and Colleyville City Council.  The fact is in 2017 some pretend to be a Republican or conservative were unmasked by LNO and others. All of these misdirection candidates lost and the voting public proved their ability to see through the farce.   The April 2017 article is available here:

Now it is April 2018 and the same hiding under the blanket routine is back!

Caption: Local Democrat activist Mark Bauer posted this photo as his Facebook Cover Page with the caption:
2014-APR-26; phone banking in Colleyvillle, Texas for our moderate city council and GCISD school board trustees. We reached out to 300+ voters before early elections even started. —

From Marc Bauer;
“Our favorite quote from an email sent today from a local Tea Party leader: “My opponent has formally sought out the support of the leading Obama and Wendy Davis fundraisers in Colleyville – Mark and Tari Bauer. The Bauers have an organized, liberal machine in Tarrant County. They are also leaders in the “Turn Texas Blue” or “Battleground Texas” movement. They are running phone and email campaigns all this weekend ….”

Perhaps the most active Democrat in Colleyville, the individual that heads up the effort locally for “Battleground Texas,” guide the Democrats efforts to turn the local area Blue, is our friend Mark Bauer. Mark is a nice fellow and doesn’t try to deceive folks from his personal beliefs, but has an ongoing  effort to get liberal leaning local candidates elected, because even he realizes that Grapevine and Colleyville is solid Red and liberals should run elsewhere.

The link above from April 2017 speaks to some of the tactics, but alas, the same of misdirection effort is in full force again.

Get a load of the postcard promoting Wayne Maynard for City Council Place 5.  Note the voting record; “100% Republican.”

Now check out the “Paid For” on the bottom; once again it is Mark Bauer and Democratic money backing another council candidate in Colleyville! 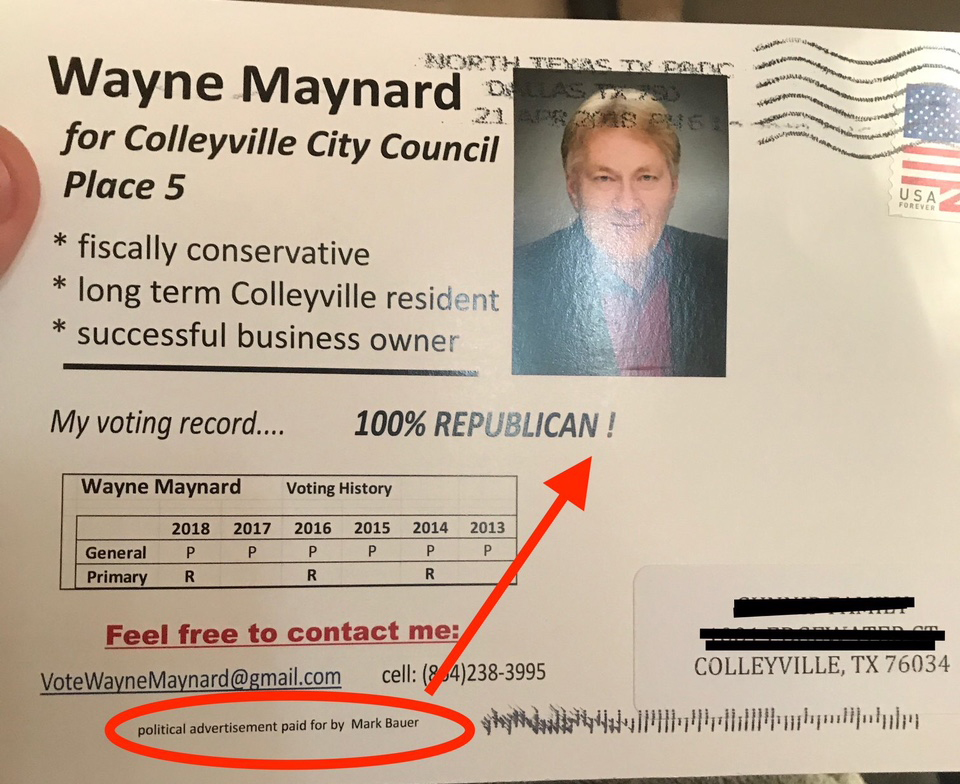 Next if you think your GCISD taxes are too damn high; welcome to the club of the overwhelming voters in the GCISD School District.  Could it be the two GCISD Incumbents, Mindy McClure and Becky St. John are really tax and spend liberals?  Well let’s see, these two supported spending $27 million on a new football stadium in Grapevine, that was originally said to need a $1 million fix on one retaining wall.  But, Alas,  GCISD gets $21 million from the Grapevine TIF fund and, rather than reduce the $61 million still being held to spend; the two incumbents agreed to spend $27 million on the Stadium and keep the $61 million in their back pockets.

While both incumbents still support the “Cultural of Voting” effort being promoted inside our schools, favoring, for example the bond election, and despite the fact GCISD has received notification their action “may be unconstitutional,” from the Attorney General. In their recent candidate’s form, they blamed “Empower Texans” as the bogey man of GCISD.

Apparently unable to discern the difference between a private organization supporting candidates, versus an inside job of slyly pushing issues and candidates on the taxpayer’s dime!  However, these incumbents are fully supported by whom for their re-election?…why MR. DEMOCRAT, Mark Bauer; just as his group supported when McClure was first elected. 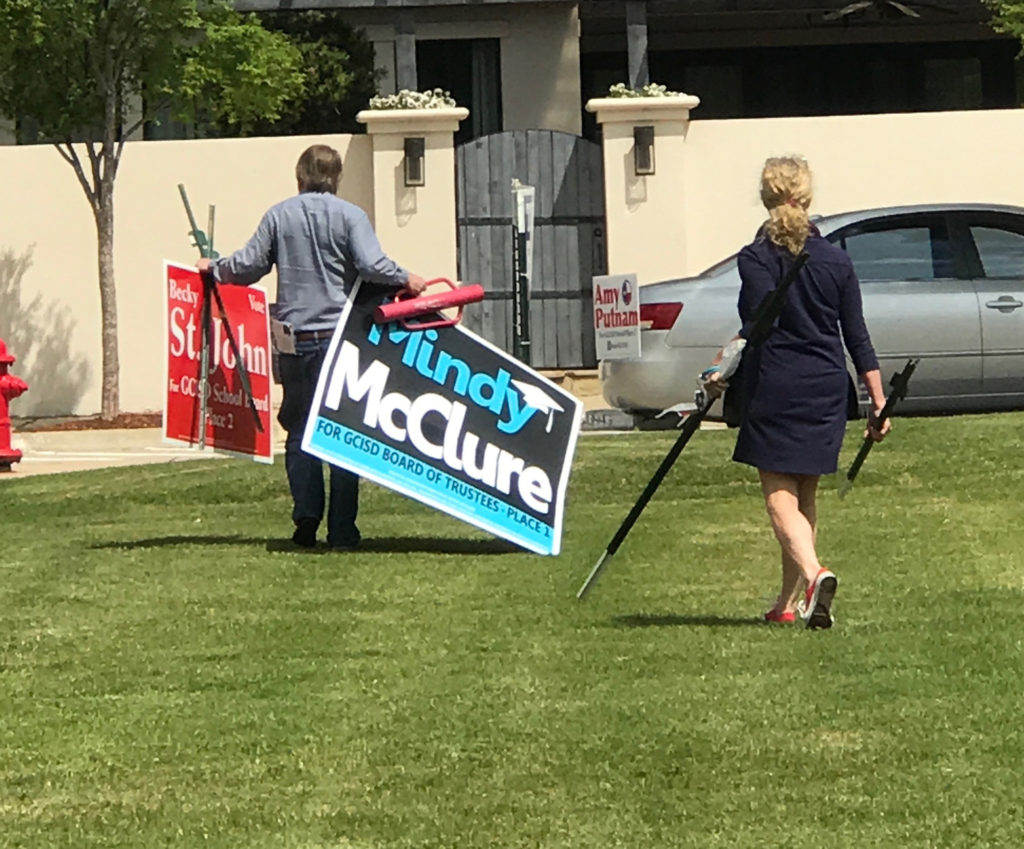 And who is working the tent for incumbents, St. John and McClure, but the aforementioned Mark Bauer. 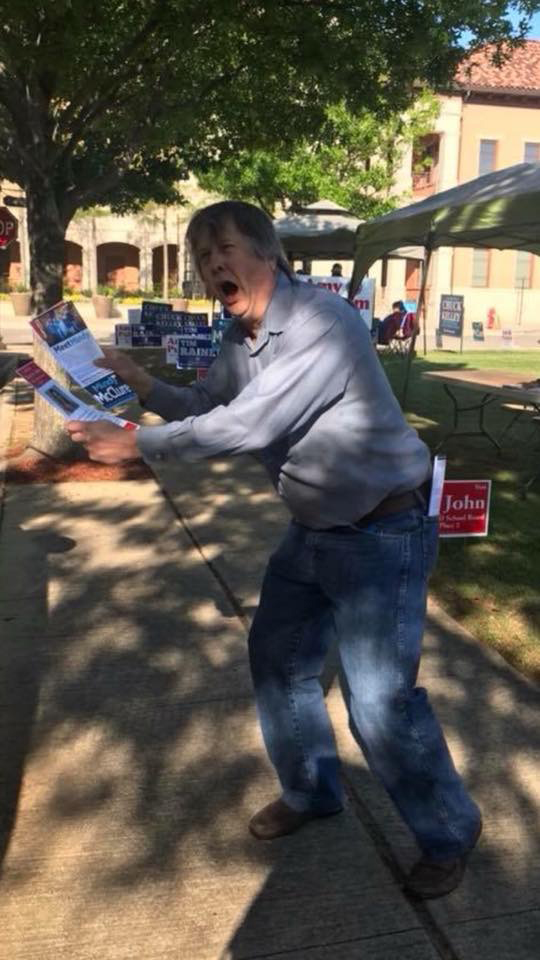 But come on candidates, come out from the Democratic blanket and publicly embrace your supporters and their beliefs, rather than pretending to be one of the majority in our city and county.

Since Becky St. John nor Mindy McClure nor Wayne Manard show any signs they plan to acknowledge their financial backing and support from Mark Bauer and his Democratic followers, LNO  endorses Tim Raine and Amy Putnam for School District Trustees and Chuck Kelly for Colleyville City Council.

Because taxes are too damn high at GCISD, St. John and McClure promise more of the same (we haven’t raised the tax rate), Raine and Putnan have committed to getting the financial strings of GCISD under control for our students and taxpayers.

In the City Council race, P&Z  member Chuck Kelley has been active in the governing of Colleyville and deserves a chance to be on Council.
Nelson Thibodeaux