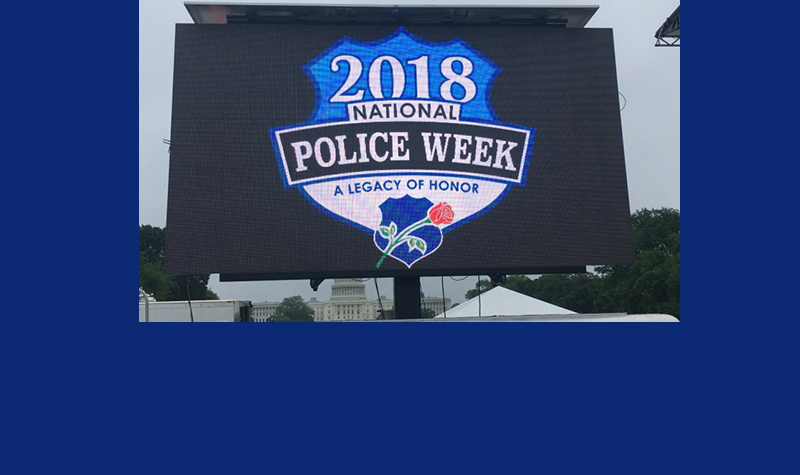 Here is the full schedule of activities planned in the Nation’s Capital:

In an effort to provide a more timely release of data to the public, the FBI is releasing three sections of Law Enforcement Officers Killed and Assaulted, 2017 ahead of the traditional fall timetable. These sections include data and statistics concerning officers feloniously and accidentally killed and statistics about federal officers killed and/or assaulted. The remaining portions of the publication, which present data reported to the FBI concerning law enforcement officers assaulted in the line of duty in 2017, will be available later this year.

In addition, new technology allows the database containing Law Enforcement Officers Killed and Assaulted information to process more data than ever before. Additional details can be processed and shared about incidents in which officers are killed and assaulted in the line of duty. As a result, all of the statistics previously included in the publication are still available, but some statistics are not directly comparable with prior years’ statistics as topics are now broken into more categories. New tables have been added and some tables have been renumbered. A description of all changes can be found at Updates to Law Enforcement Officers Killed and Assaulted, 2017. According to statistics reported to the FBI, 93 law enforcement officers were killed in line-of-duty incidents in 2017. Of these, 46 officers died as a result of felonious acts and 47 officers died in accidents. Comprehensive data tables about these incidents and brief narratives describing the fatal attacks are included in the sections of Law Enforcement Officers Killed and Assaulted, 2017, released today.

The average age of the officers who were feloniously killed was 38 years old. The victim officers had served in law enforcement for an average of 11 years at the times of the fatal incidents. Of the 46 officers:

Of the 46 officers feloniously killed:

Offenders used firearms to kill 42 of the 46 victim officers. Three officers were killed with vehicles used as weapons, and one officer was killed with a knife. Of the 42 officers killed using firearms:

Forty-seven law enforcement officers were killed accidentally while performing their duties in 2017, a decrease of five from the 52 officers accidentally killed in 2016. The majority (29 officers) were killed in automobile (car/truck/SUV/van) accidents.

The 47 accidentally killed officers died in a variety of scenarios:

Law Enforcement Officers Killed and Assaulted, 2017 is available exclusively on the FBI’s UCR website at https://ucr.fbi.gov/leoka/2017.