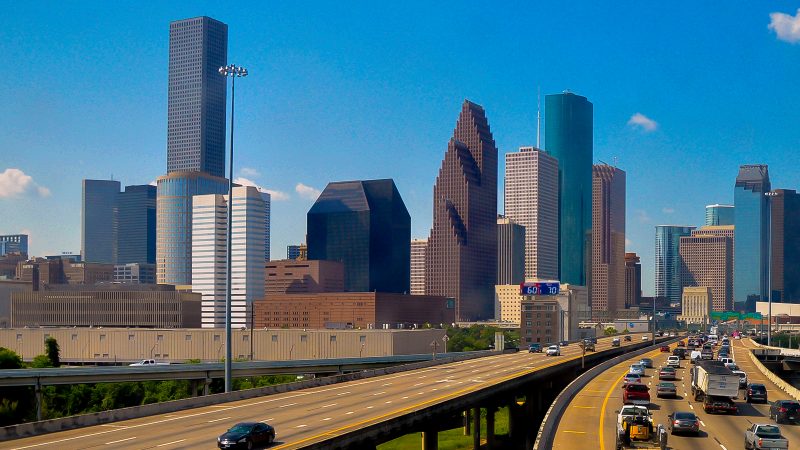 Job hunting is never easy. Between searching for employment openings, updating résumés, contacting references and preparing for interviews, it’s hard work. Luckily, the number of opportunities available is growing, with over 164,000 new jobs added in April 2018 alone and the unemployment rate at the lowest it’s been since 2000.

But finding a job can be even harder when you don’t know where to begin looking for work, which is why narrowing your search area can be important. And because that part requires a bit of research, WalletHub did the homework to help you focus on the most important task: finding your dream position in a place you’ll love.

In order therefore to determine the most attractive states for employment, WalletHub compared the 50 states across 29 key indicators of job-market strength, opportunity and a healthy economy. Our data set ranges from employment growth to median annual income to average commute time. Read on for our findings, methodology and insight from a panel of researchers.

For a more local breakdown of the job market, check out WalletHub’s ranking of the Best Places to Find a Job.

Best States to Find a Job

What types of jobs do you think are most threatened by automation/the rise of robots? What jobs are least threatened?

A recent study published by the OECD predicts newer artificial intelligence technologies are likely to significantly affect nearly half the workforce. According to the authors, one in seven jobs is “highly automatable”, while another third are likely to change significantly and to require a very different mix of skills. In general, as has always been the case, jobs requiring repetitive tasks and little contextual or emotional judgement are most at risk. But increasingly, even jobs in sectors once thought immune to automation, including those involving clinical judgement or on-site installation, are more and more affected by the new technologies.

The study also finds that there is an inverse correlation between the risks from disruptive automation and the education required for a position. In other words, the less one needs to know to do something, the easier it is to build a machine to do it. Thus, repetitive, semi-skilled jobs requiring mostly physical skills to make things are the most threatened, while tasks requiring emotional intelligence and helping people, even if their components are repetitive and semi-skilled, are the least threatened. There are exceptions to both of these generalizations.

It is also fair to say that the greatest threats to employment and employability are not technological but social. There is more than enough work to do raising the young, entertaining the mature, and caring for the old, not to mention tending to the earth itself. The question is whether we can organize ourselves as societies in ways that enable us to do what needs to be done. Can we move from a growth-obsessed, profit-maximizing “scarcity economy,” where there is never enough, to a steady-state “surplus economy,” where enough is, in fact, enough?

What policies can the Trump administration pursue to make good on their promise of increasing jobs in coal and manufacturing?

Coal and manufacturing employment will never return to their pre-Trumpian levels. Jobs in the goods production and extraction sectors of the economy have been in decline for most of the twentieth century, even as the output of these sectors has continued to increase, and they will continue to decline. But while there is little that can be done to preserve coal mining and goods production as occupations, there is much that can and should be done to preserve coal mining and manufacturing communities. There are readily available alternatives to digging coal and making things that can – and in some cases must-be sited in the very localities where mining and manufacturing companies once flourished. I am thinking in particular of restoration and recycling jobs. Our mining and manufacturing regions need to be restored to their pre-extraction and pre-production states. Coal miners spent generations digging holes in the ground to power and heat the nation. They can easily spend generations filling the holes back in and restoring the land to its previous uses. The same for manufacturing. There are landfills, slag heaps and junk yards stuffed with made things and industrial by-products, not to mention fresh waterways and oceans choked with plastic, which need to be unstuffed and unchoked. We have spent several lifetimes profitably making things. We can spend several more profitably unmaking them-so long, that is, as we find ways as a society to do so. Indeed, we have to.

What fields are expected to experience the highest rate of job growth in the next 10 years?

The “care economy” will remain the sector in which employment grows the most rapidly. In other words, jobs involving care of the young, the hurt, the sad, the lost, the handicapped, the elderly, etc., will continue to be most in demand. Doing things for people is a growth field. But depending upon whether we figure out how to deliver the required care in remunerative and sustainable ways, we may also see continued growth in the “carceral state,” which regrettably has expanded so much over the last generation, especially in the United States. Given the choice, we are better off as a “care economy” than a “carceral state.” But as long as forced rather than willing labor is our dominant mode for doing things, we are likely to continue to see over investment in prisons and under investment in schoolhouses. There is no way to know for sure, of course. We are only one epic natural disaster away from having completely to rebuild a region’s infrastructure, or one major war away from making more bombs than balms. But either personal services, armed services, or both are likely to be growth fields in the next decade.

How much longer will the job report continue to show growth?

The job report is mostly a function of what we count, not what we do. Almost everyone is always doing something, even when they are technically “unemployed” or “unjobbed.” The best known example of this under counting is, of course, unpaid housework and other domestic labor. But there is also a large and fungible “informal sector,” even in the richest societies, where people work “off the books,” as it were. We can thus easily place too much stock in “the job report.” We are better served focusing on what kind of society we want to be, and how best to make it possible for people to lead the lives they want to lead. There are many ways, and many reasons, to increase the number of jobs on offer. A 25 percent reduction in the length of the standard working day, for example, makes possible a 33.3 percent increase in the number of jobs. A full-scale commitment to enhanced national security and environmental protection would have similarly beneficial effects on the numbers of us who are employed.

The most important thing that local policymakers can do to diversify and strengthen their local economies is to treat their citizens and their location as their greatest assets, develop and deliver quality products and settings, and not shy away from charging market rates – i.e., taxes – proportionate to the quality desired and delivered. There is a tendency to think of the public sector as a deduction from truly productive private sector activities, and taxes as sunk cost rather than a potential investment. This is a mistake. A well-managed public enterprise can be at least as valuable as a well-managed private one. The surest route to a flourishing private sector is investment in – and continuing support for – a flourishing public sector.

Are there any models for re-training displaced workers that have proven successful?

The most successful job training programs, by far, are registered, earn-while-you learn apprenticeships. Give most people a job and they will learn how to do it. The transition from earning to learning is many times more often successful than the transition from learning to earning. We are approaching the problem backwards. What most displaced workers need is not re-training, but re-employment. If we put them to work, they will learn.

Back to All Experts

What fields are expected to experience the highest rate of job growth in the next 10 years?

We produce 10 year employment projections every other year. We will have a new round coming out this summer but here are the results of the 2014-2024 round that we published in 2016.

In order to determine the best states for jobs, WalletHub compared the 50 states across two key dimensions, Job Market and Economic Environment. We assigned a heavier weight to the former, considering the factors in that category most heavily influence a job seeker’s decision in terms of relocation for employment.

We evaluated the two dimensions using 29 relevant metrics, which are listed below with their corresponding weights. Each metric was graded on a 100-point scale, with a score of 100 representing the most favorable conditions for job seekers.

We then determined each state’s weighted average across all metrics to calculate its overall score and used the resulting scores rank-order our sample.

Was this article helpful?

Disclaimer: Editorial and user-generated content is not provided or commissioned by financial institutions. Opinions expressed here are the author’s alone and have not been approved or otherwise endorsed by any financial institution, including those that are WalletHub advertising partners. Our content is intended for informational purposes only, and we encourage everyone to respect our content guidelines. Please keep in mind that it is not a financial institution’s responsibility to ensure all posts and questions are answered.Ad Disclosure: Certain offers that appear on this site originate from paying advertisers, and this will be noted on an offer’s details page using the designation “Sponsored”, where applicable. Advertising may impact how and where products appear on this site (including, for example, the order in which they appear). At WalletHub we try to present a wide array of offers, but our offers do not represent all financial services companies or products.
605
SHARES
Related Content
Best Offers
Free Credit Data
Credit Score Data
Popular Content