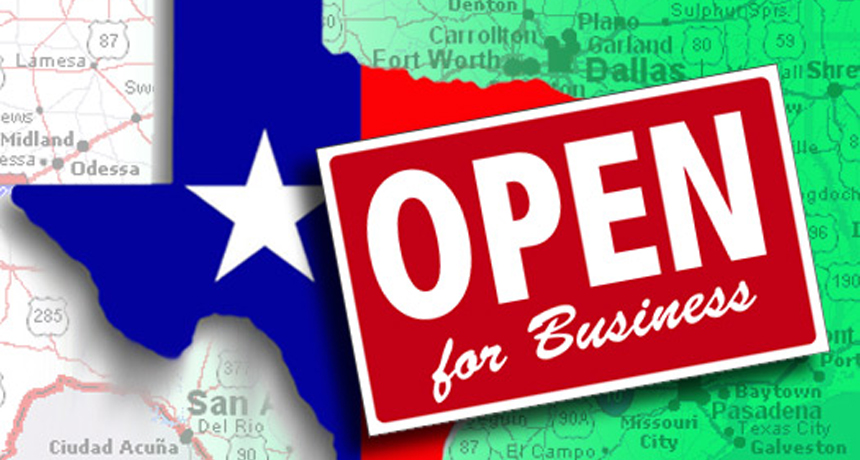 CNBC, First in Business Worldwide, today unveiled the results of its twelfth annual list of America’s Top States for Business with Texas taking the number one position.  The Lone Star state scored 1,651 out of 2,500 points.

Since the study was introduced in 2007, Texas has placed in the top five every year and is the only state to be named a four-time winner.  This year, the state had top ten finishes in five of the ten categories of competitiveness, including two number one spots.  Texas added more than 350,000 jobs in the past year and had solid economic growth—including a 5.2% state GDP increase in the fourth quarter— putting the state in first place for the Economy category, up from number 25 last year.  However, the state had some of the same weaknesses it had the last time it finished on top—taking the number 31 spot for Quality of Life and number 37 for education this year.

“With its robust economy, solid infrastructure and world class workforce, Texas is always tough to beat,” said Cohn. “It is even more so when the energy industry is healthy, as it is now.”

CNBC Digital offers a detailed analysis of how Texas claimed the top spot including a complete economic snapshot (employment, budget, tax and housing data).  The rankings for all 50 states are available at topstates.cnbc.com.  In addition, the site also has exclusive stories, lists and videos including the best and worst states to live in, the least and most expensive states in 2018, among others.

CNBC’s exclusive study has ranked all 50 states based on their scores in ten categories of competitiveness. This year’s study subjects the states to 64 metrics across those categories. The tried and true methodology rates the states based on the attributes that matter most to business. To do that, we score every state’s economic development marketing materials to see what they are pitching to businesses. The more frequently a selling point appears, the more weight it carries in the study.