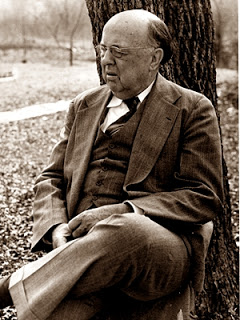 John Avery Lomax, folklorist, the son of James Avery and Susan Frances (Cooper) Lomax, was born on September 23, 1867, in Goodman, Mississippi. In August 1869 the Lomaxes set out for Texas in two covered wagons. They arrived in Bosque County before Christmas and settled on a farm north of Meridian. Young Lomax learned to do farm work and attended short terms of school between crops. As his home was located on a branch of the Chisholm Trail, he heard many cowboy ballads and other folk songs; before he was twenty, he began to write some of them down.

In 1887 he had a year at Granbury College. With that training he taught for a year at Clifton and for six years at Weatherford College; he spent a summer in study at Eastman Business College at Poughkeepsie, New York, and three summers at Chautauqua. In 1895 he enrolled at the University of Texas, from which he graduated in 1897. He remained at the university as secretary to the president, as registrar, and as steward of the men’s dormitory. In 1903–04 he taught English at Texas A&M. On June 9, 1904, he married Bess B. Brown; they had two sons and two daughters.

In 1906 Lomax received a scholarship at Harvard University, where Barrett Wendell and George Lyman Kittredge encouraged him to take up seriously the collection of western ballads he had begun as a youth. He collected by means of an appeal published in western newspapers and through his own vacation travel, supported by private funds from the two Harvard professors. In the back room of the White Elephant Saloon in Fort Worth he found cowhands who knew many stanzas of “The Old Chisholm Trail.” A Gypsy woman living in a truck near Fort Worth sang “Git Along, Little Dogies.” At Abilene an old buffalo hunter gave him the words and tune of “Buffalo Skinners.” In San Antonio in 1908 a black saloonkeeper who had been a trail cook sang “Home on the Range.” Lomax’s first collection, Cowboy Songs and Other Frontier Ballads, was published in 1910.

From 1910 to 1925 Lomax was secretary of the Alumni Association, which became the Ex-Students Association of the University of Texas, except for two years, 1917–19, when he was a bond salesman in Chicago. He was active in the fight to save the university from political domination by James E. Ferguson. From 1925 until 1931 he was vice president of Republic National Company in Dallas. His first wife died on May 8, 1931, and on July 21, 1934, he married Ruby R. Terrill. Lomax was one of the founders of the Texas Folklore Society and was president of the American Folklore Society.
In his collecting of folk songs, he traveled 200,000 miles and visited all but one of the forty-eight states. Often accompanied by his son, Alan, he visited prisons to record on phonograph disks the work songs and spirituals of black inmates. At the Angola prison farm in Louisiana, he encountered a talented black minstrel, Huddie Ledbetter, better known as Lead Belly. Upon Lead Belly’s release from prison, Lomax took him on a tour in the north and recorded many of his songs. In 1919 he published Songs of the Cattle Trail and Cow Camp; it was republished in 1927 and in 1931.

With his son, Lomax edited other collections: American Ballads and Folk Songs (1934), Our Singing Country (1941), and Folk Song: U.S.A. (1947). In 1947 his autobiographical Adventures of a Ballad Hunter (1947) was awarded the Carr P. Collins prize as the best Texas book of the year by the Texas Institute of Letters. Beginning in 1933 Lomax was honorary curator of the Archive of Folksong at the Library of Congress, which he helped establish as the primary agency for preservation of American folksongs and culture. He died at Greenville, Mississippi, on January 26, 1948. He was inducted into the Western Music Hall of Fame in 2010.