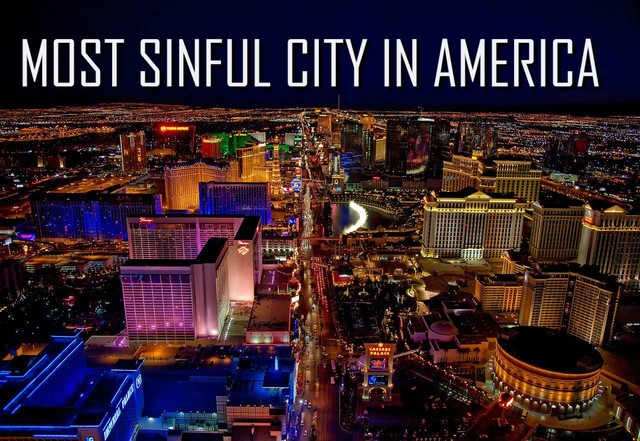 Most Sinful City in the United States……Las Vegas, Nevada…………….Bet that one was easy for LNO Readers!

The holidays are here. And one thing they’re known for is encouraging indulgence, such as overeating and overspending, which can lead to unfortunate economic consequences. Americans are the fattest people in the world and every year sustain nearly $325 billion in losses as a result. Plus, Americans began 2018 with over $1 trillion in credit card debt according to SoccerTimes.com.

In light of this dark pattern perpetuated every holiday season, the personal-finance website WalletHub today released its report on 2019’s Most Sinful Cities as well as accompanying videos. To determine the most wicked places in America, WalletHub compared more than 180 U.S. cities based on seven sinful behaviors: anger and hatred, jealousy, excesses and vices, greed, lust, vanity and laziness .

Here are some highlights from the report:

Most vs. Least Sinful

To view the full report and your city’s rank, please visit:
https://wallethub.com/edu/most-sinful-cities-in-america/29846/