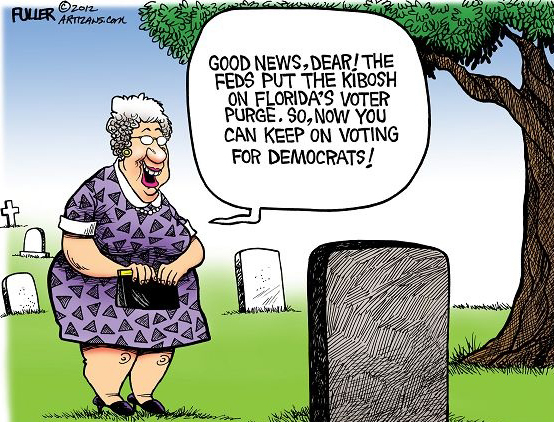 Tarrant County Voter Turned away because someone had already voted in her Name!!!!!!!!!!!

Tarrant County voter Melanie Bell Lorant was turned away at the polls Wednesday after being told someone else had voted in her place. Worse, Lorant says poll workers refused to document the problem or find a solution.

“I need HELP!” Lorant posted on Facebook after the incident:

Went to early vote today and was informed I would not be allowed to vote because someone already voted in my place.

They allowed someone to vote in my place without verifying the ID!!!

I HAD TO LEAVE WITHOUT VOTING.

Lorant called the Tarrant County Elections office and spoke to the early voting coordinator. She learned someone had voted in her name at Southlake Town Hall on Sunday, October 28, at 11:32 a.m.

How could that happen with Texas’ voter ID requirement?

It’s possible a poll worker at Southlake mistakenly signed in another voter under Lorant’s name. Lorant says they did not properly verify the voter’s ID, allowing someone to steal her vote and disenfranchise her. Election officials can resolve whether it was a mistake or voter fraud by simply looking at the voter signature page.

In either case, election workers may have cost Lorant her vote and allowed a fraudulent one to be counted.

Lorant says she was told her only option now is to vote a provisional ballot, then election officials will “compare signatures and decide whose vote to accept.” But whether or not Lorant’s provisional vote is accepted, the other ballot has already been cast and will be counted—it can’t be uncast.

“This is NOT acceptable,” Lorant said.

This is a developing story.

Texas Secretary of State Rolando Pablos confirmed this week he’s asked for a criminal investigation after receiving evidence the Texas Democratic Party urged non-citizens to register to vote by mailing them forms that were pre-filled to indicate applicants are U.S. citizens.

In a letter to Texas Attorney General Ken Paxton’s office last week, Pablos said the evidence “warrants a submission for a criminal investigation.”

“I respectfully request your assistance reviewing allegations of criminal activity in connection with pre-marked voter registration applications sent to multiple non-United States citizens in the Rio Grande Valley, as well as with applications sent to deceased individuals,” Pablos wrote.

Pablos said his office has received “numerous calls and complaints” from confused and concerned Texans about the mailers sent to ineligible people and already-registered voters by the Texas Democrats, which he called “highly disturbing.”

“Texas Democrat Party mailers circulated around the Rio Grande Valley region of south Texas landed in the hands of lawfully present noncitizens in late September and early October. The envelopes contained voter registration applications where the answers to questions ‘Are you a United States Citizen?’ and ‘Will you be 18 years of age on or before election day?’ were pre-printed ‘Yes’ for each.”

Texas Democratic Party Chairman Gilberto Hinojosa scoffed at the complaints about voters’ confusion and said the citizenship checkbox shouldn’t even be on registration forms. “The problem that happens with this state is that they use hyper-technical laws to prevent people from registering to vote and to prevent people from voting,” Hinojosa said. Federal law, the National Voter Registration Act, requires voter applications to contain a citizenship attestation.

“The Lone Star State will not tolerate these activities,” Pablos said in an advisory issued earlier this month warning Texans about the potentially fraudulent voter registration materials and cautioning them to “stay vigilant” when receiving registration or ballot materials by mail.

“It is important for Texans to understand proper and legal procedures for registering to vote and casting a ballot, including those who qualify to submit their ballots by mail,” Pablos said.

Texans can find accurate information about registering to vote and voting at www.VoteTexas.gov.