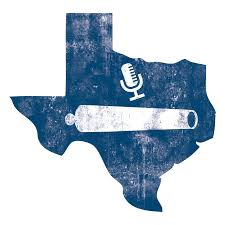 Following the November elections the strategy for conservatives in the upcoming Texas Legislative Session must be one of focus.

Rumors abound of Democrats possibly dumping up to $250 million or more into Texas between now and the 2020 election. Their goal is to take the legislature and control the 2021 redistricting session. That would make Texas a structurally “blue” state through at least the early 2030s.

To prevent that, Texans must see the clear, real-life difference between conservatives and leftists, Republicans and Democrats. Too many people have for too long just assumed Texas would always be a Republican state; the Republicans thought the same thing in California a couple of decades back. It can happen here.

We’re putting our focus on highlighting the tangible things Republicans can do during session — like real property tax relief — that will provide voters with a reason to re-elect them. Those campaigning as conservatives have 140 days starting January 8 to start delivering.

Meanwhile, we’re taking on projects to expose Democrats for what they really are. Few actually campaign as left-wing socialists in their own districts, let alone around the state’s suburbs.

Citizens must know the difference between those who want to grow government and those who work to expand liberty. Empower Texans remains focused on helping them do just that.